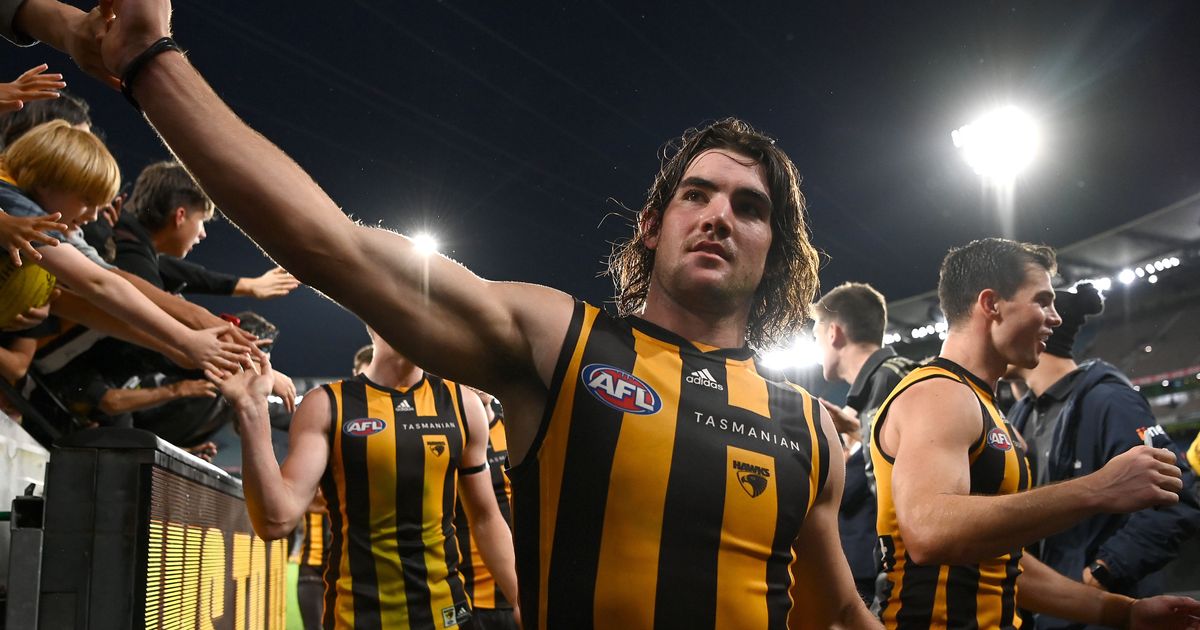 HAWTHORN bull Jai Newcombe has picked up the round five NAB AFL Rising Star nomination after his blistering performance against Geelong on Easter Monday.

The 20-year-old, playing in just his 12th senior game, was best on ground with his ferocious attack on the ball inspiring the Hawks to a stunning upset win.

The inside midfielder racked up a career-high 31 possessions, took seven marks and laid three tackles in a complete performance.

“We’ve seen different aspects of his game where he’s had really key moments [such as] his ability to run out a game and ability to stand up in key moments,” Mitchell said.

“Today was probably where he put it all together.”

Newcombe joined the Hawks via last year’s mid-season rookie draft in somewhat controversial circumstances. He was the only prospect among more than 600 to nominate under ‘other terms’, which meant he could only be drafted under the increased financial levels in his nomination.

It has led to the AFL to review the rules ahead of this year’s intake.

His first AFL game came nine days after being drafted, where he set the AFL/VFL record for most tackles in a debut (14) against Sydney.

In 2020, he was selected for the Gippsland Power as an overage player before the season was disrupted due to the pandemic.

Newcombe was overlooked by recruiters in 2020, but was invited to complete a pre-season with Box Hill under then-coach Mitchell.

Commuting twice a week from Poowong to Box Hill – while juggling a carpentry apprenticeship – the tough midfielder played all six games in the VFL before being selected by Hawthorn in the AFL.