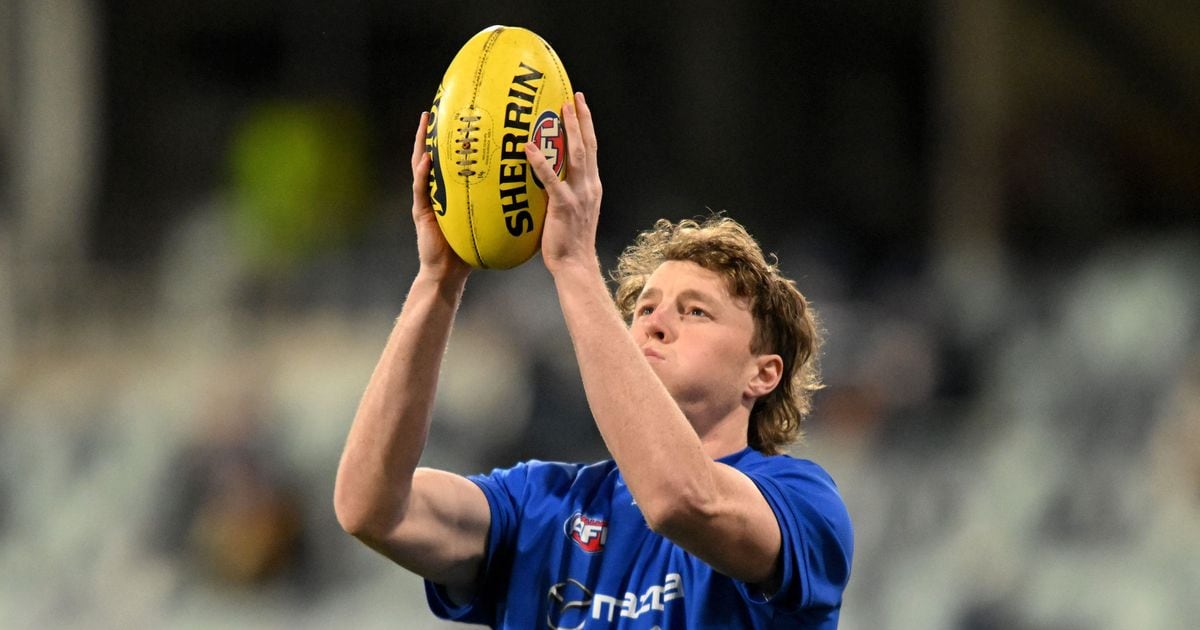 NORTH Melbourne’s quest for back-to-back wins has been made slightly harder after the late withdrawal of key forward Nick Larkey due to a heel problem.

Larkey had been under an injury cloud all week after being subbed out of last week’s win over Richmond, but has failed to come up for Saturday’s clash against Hawthorn at Blundstone Arena in Hobart.

Rebounding defender Aaron Hall comes into the side as his placement, with Charlie Lazzaro being made the sub.

Hawthorn has named Tom Phillips as its sub.

The Hawks, currently in 13th, are chasing their third win in a row and have never played at the ground despite their strong links to Tasmania.

The other 1.45pm game sees Sydney look to set itself up for a top-four finish with a win over lowly Adelaide at the SCG.

The Swans are coming off the back of a season-defining win over Fremantle at a hostile Optus Stadium, while Adelaide was unlucky at home against Collingwood, going down by five points.

The Swans (11-6) have won their past four games on their home turf by an average margin of 42 points, and a win against the struggling Crows (5-12) could see them finish the round in the top-four.

The Crows sit in 16th spot on the ladder, with five wins and 12 losses.

Both teams go into the game with unchanged line-ups.