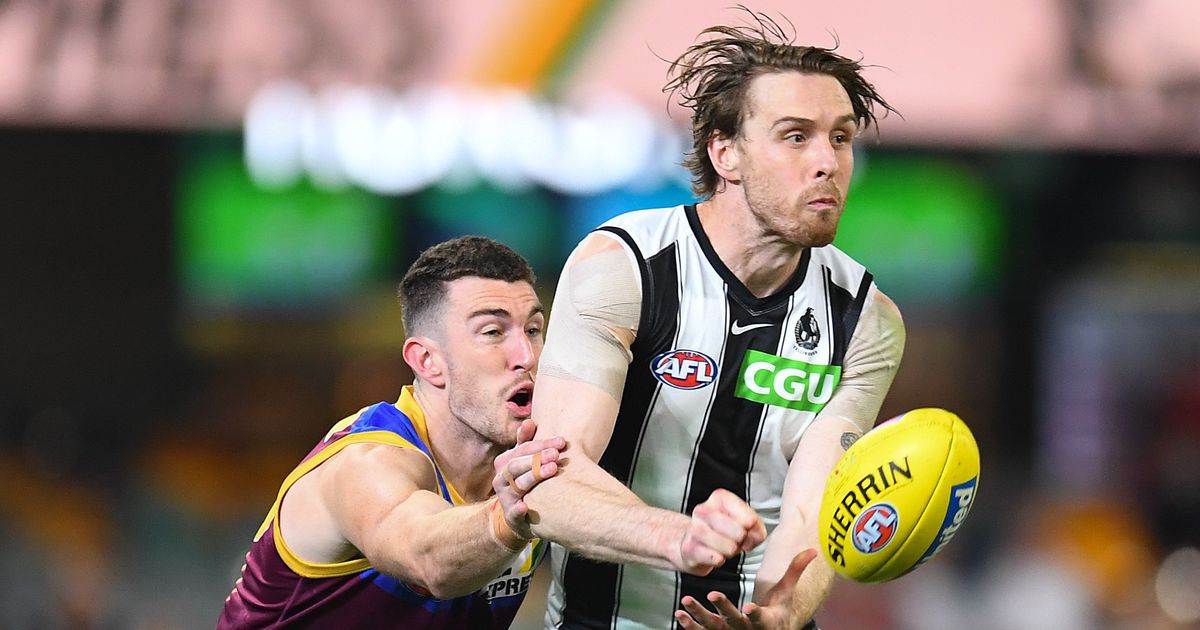 COLLINGWOOD key defender Jordan Roughead is a chance to return for his first game of the season this weekend after recovering from pre-season shoulder surgery.

The 31-year-old underwent an arthroscope on his right shoulder in February after ongoing problems during the pre-season, but is ready to play again after transitioning back into full contact training last week.

With West Coast travelling to Melbourne to face the Magpies on Saturday afternoon, Roughead is being considered to bolster a defence that has played above its weight in the first three rounds, using Jack Madgen alongside All-Australian defender Darcy Moore and veteran Jeremy Howe.

Roughead didn’t play any practice matches or match simulation and hasn’t played since the final round of 2021, but has completed a comprehensive training block in the gym and on the track to rehab his shoulder to the point where he could play on Jack Darling or Josh Kennedy at Marvel Stadium, rather than returning via the VFL.

New recruit Nathan Kreuger is ahead of schedule and could be available as soon as next week’s Easter Thursday clash against Brisbane at the Gabba.

The 22-year-old was substituted out of his first game for the club in round two, after suffering a shoulder subluxation in the win over Adelaide.

Kreuger barely trained at all last week but will begin contact training this week in a bid to make the trip to Queensland.

Collingwood will be without star midfielder-forward Jordan De Goey for the clash against the Eagles, after the club accepted his one-match suspension for rough conduct on Brownlow medallist Patrick Dangerfield.

De Goey has been a force across the first three rounds, averaging 23.7 disposals, 10.7 contested possessions, five clearances and 1.3 goals to poll coaches votes in every game.

Steele Sidebottom was the only injury concern to emerge from Saturday night, with the wingman spending most of the final quarter on the bench.

The 31-year-old experienced a bout of gastro during the week which led to severe cramps in his quads late in the game, but has recovered well and will face Adam Simpson’s side.

Pressure forward Beau McCreery missed the loss to Geelong at the weekend after injuring his hip flexor in round two.

But just like Kreuger, the South Australian is ahead of schedule and on track to face Essendon on Anzac Day.