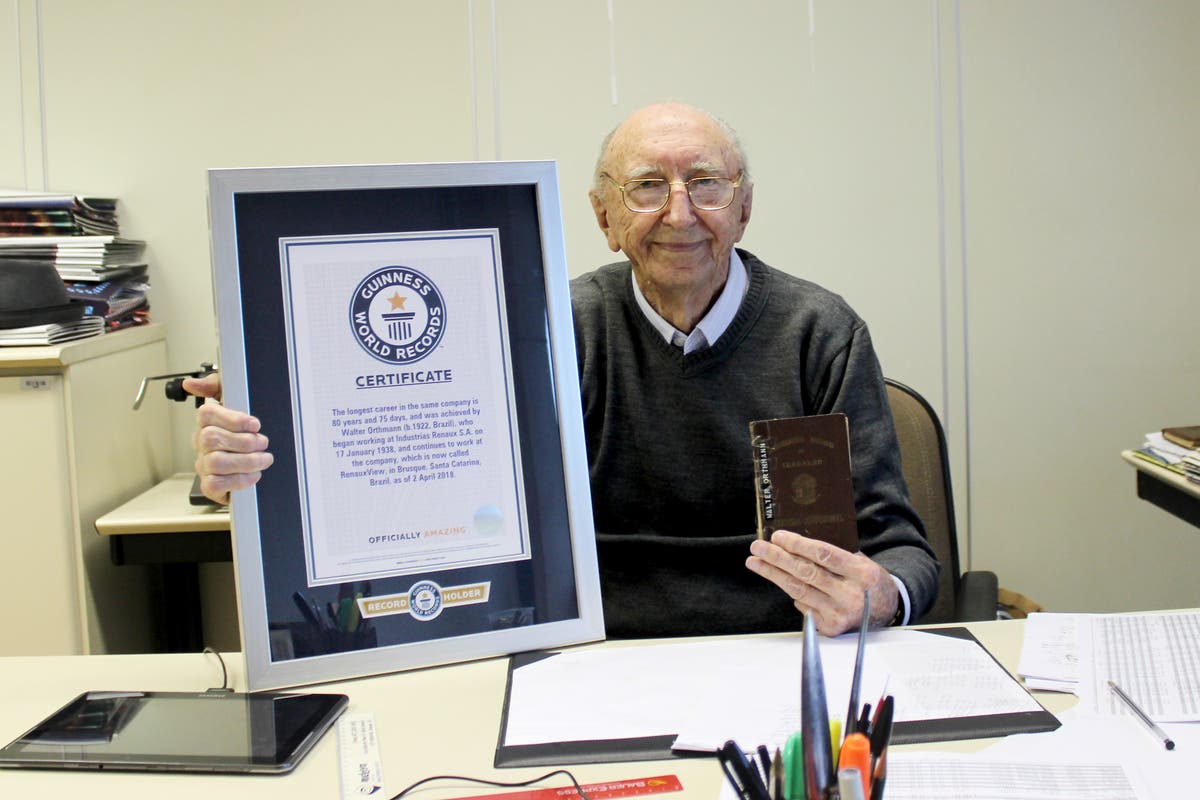 A Brazillian man has set a world record after working at the same company for 84 years.

Orthmann started working for the textile company, Reneaux View, as a shipping assistant in 1938 when he was 14 years old, and has remained there ever since.

Now a sales manager for the company, Orthmann is d escribed as an “enthusiastic and eager learner”. He was born in Brusque, a small town in Santa Catarina, southern Brazil and would often walk to school barefoot to pursue his education.

Due to his family’s financial difficulties, he began working at the then weaving mill and was hired due to his proficiency in German, a language commonly spoken in his hometown.

In an interview with Guinness World Records, Orthmann said: “Back in 1938, kids were expected to work to help support the family. As the oldest son of five, my mother took me to find a job at the age of 14.”

Since then, Orthmann was promoted to sales then sales manager due to his skills and willingness to learn. On 19 April 2022, he turned 100-years-old and celebrated his centenary with his co-workers, friends and family.

On his long-time role at Reneaux View, he said: “When we do what we like, we don’t see the time go by.”

He added that the best part of a job is that it gives him a sense of purpose, commitment, and a routine and that one of the most important parts of business is to be up-to-date and adaptable to different contexts.

Orthmann remains in good mental and physical health, enjoys exercising and driving to the office every day.

On his world record, he said: “Looking back, despite never having contemplated breaking a record, I think my proudest achievement was being certified as the title holder for the longest career in the same company.

He added: “I don’t do much planning, nor care much about tomorrow. All I care about is that tomorrow will be another day in which I will wake up, get up, exercise and go to work. You need to get busy with the present, not the past or the future.