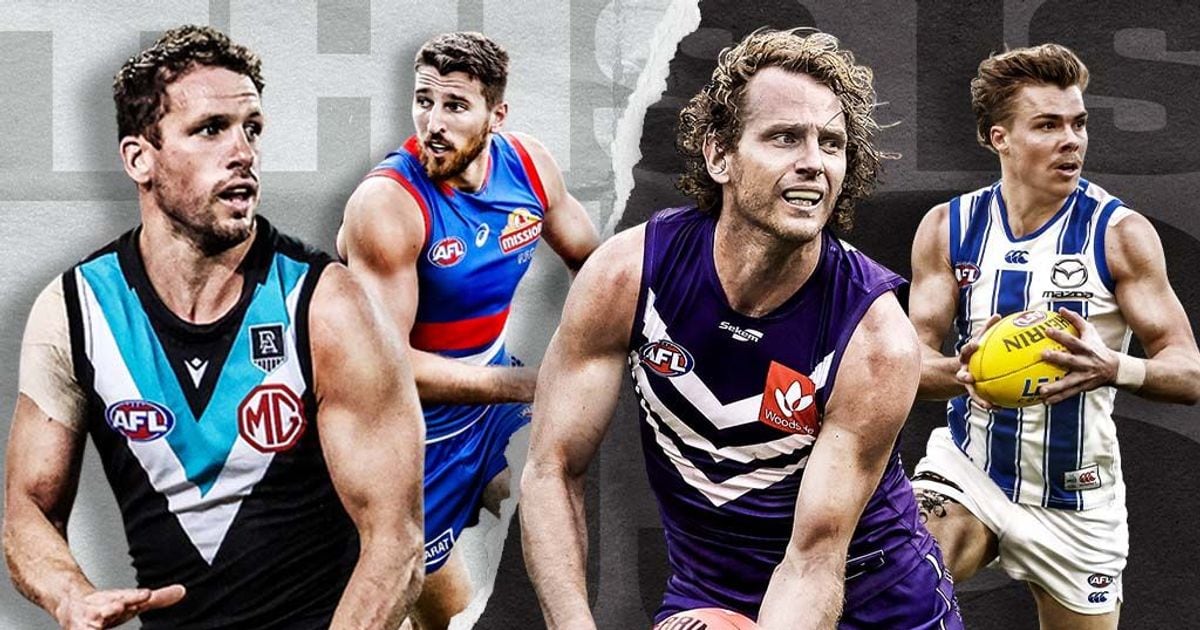 PORT Adelaide will be out to maintain its recent form revival against the Western Bulldogs in the first half of a massive Friday night double header.

The Power welcome the Dogs back to Adelaide Oval for the first since last year’s preliminary final, while Fremantle hosts North Melbourne at Optus Stadium in its first Friday night game since 2016.

Port is quietly climbing the ladder after its disastrous 0-5 start to the season with back-to-back wins against West Coast and St Kilda, but the Dogs’ 71-point demolition in last year’s prelim might still be fresh in their minds.

The Dogs have endured a patchy start to the season but found some form in last week’s win over Essendon and will be desperate to square their ledger at 4-4 to keep in touch with the top eight.

ALL THE R8 TEAMS Check them out

At the selection table, the Power have lost Kane Farrell to health and safety protocols with last week’s sub Xavier Duursma promoted to the 22, while the Dogs will be without inspirational skipper Marcus Bontempelli.

Over in the west, the Dockers will be looking to consolidate their position in the top four against the lowly Roos.

Freo has been hit hard by COVID this week with six players unavailable, but will hand a debut to exciting draftee Jye Amiss.

The Roos have lost their past three by an average of 58 points to be languishing in 17th spot on the ladder and will be without their leading goalkicker Nick Larkey, who was suspended in last week’s loss to Carlton.

ALL THE R8 TEAMS Check them out