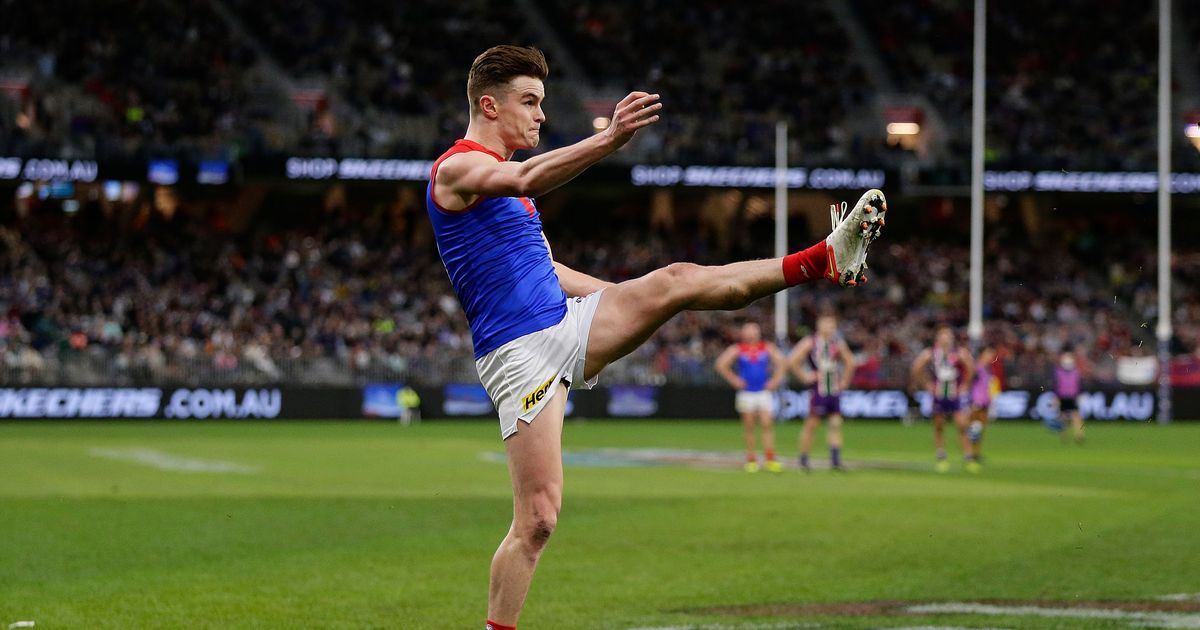 When Gold Coast forward Mabior Chol uncharacteristically struck the post with his set shot in the dying minutes of Saturday afternoon’s loss to Hawthorn, it left Fritsch as the last player in the AFL to have kicked a goal in every single game this season.

Now, with just two matches remaining before finals, Fritsch has the chance to join an exclusive club of just 16 other players in the AFL era to have achieved the remarkable feat of kicking a goal in every single game of a regular season.

Should Fritsch convert against both Carlton and Brisbane in Melbourne’s final two games and add to his tally of 45 goals for the year, he would be just the third Demon to be welcomed into the club.

He would join David Schwarz (1994) and Jeff Garlett (2015) and ensure it’s the second time in successive campaigns that a player has completed the set after Brisbane’s Joe Daniher managed to do so last year.

Daniher is one of just two players to have kicked a goal in every match in two separate years, doing so in both 2017 and 2021. Recently retired West Coast forward Josh Kennedy is the other, completing the landmark in 2015 and 2016.

Before the weekend, Fritsch and Chol had been hanging on as the only two players to have kicked a goal in every game since round 15. That was after, quite incredibly, all three of Charlie Cameron, Tom Hawkins and Max King failed to convert that weekend.

PLAYERS TO HAVE KICKED A GOAL IN EVERY GAME