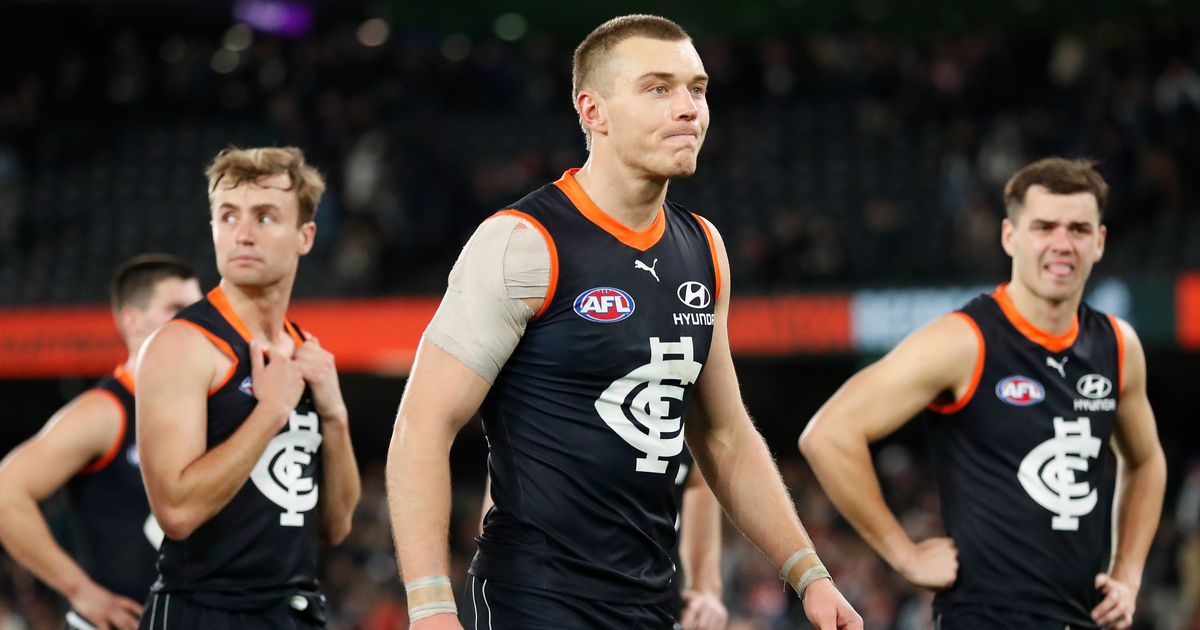 Cripps started the season with a series of match-winning displays that helped transform Carlton into a premiership threat.

Over his first seven games this season, Cripps booted 13 goals and tallied more than 30 disposals in each appearance, apart from the round four loss to Gold Coast when he injured his hamstring early.

The 27-year-old’s performances since round nine have been strong but not blistering and Voss is surprised Cripps’ form has become a topic of discussion.

“What I’d say is that if he had maintained that level (from earlier this season) he’d probably have 80 votes in the Brownlow,” Voss said.

“The challenge is when you set such a high standard like that some of that is in some instances not plausible to keep going on that trajectory.

“I think it’s a little unrealistic to be able to think that he’s going to be able to play at that level for 23 weeks of the season. We can be a little fairer I think.

“Crippa is really clear on what he’s doing, he’s doing an amazing job for us as a leader of this club and I reckon his last couple of weeks have been fantastic.

“So if we can continue to get that contribution, I’m not going to be complaining whatsoever.”

Carlton (10-5) will be aiming to bounce back from last week’s upset 15-point loss to St Kilda when it takes on West Coast at Optus Stadium on Sunday.

The Blues’ midfield brigade was utterly dominant in the win over Fremantle a fortnight ago, but the Saints got the edge last week.

Voss said it was important to keep expectations in check.

“While the numbers say one thing we also have to be realistic that we’re not after complete dominance all the time,” he said.

“That is an unrealistic expectation to have on these guys.

The Blues’ injury-hit defence will receive a welcome boost with the return of key backman Jacob Weitering against the Eagles.

“He’s a pillar for us. He’s clearly a very important leader for us. He drives that back six really well for us,” Voss said.

“Some players when they come in they make others walk tall around them.

“But we’re not looking for the heroes. Weiters has got a job to do. (Josh) Kennedy and (Jack) Darling have got themselves going.”