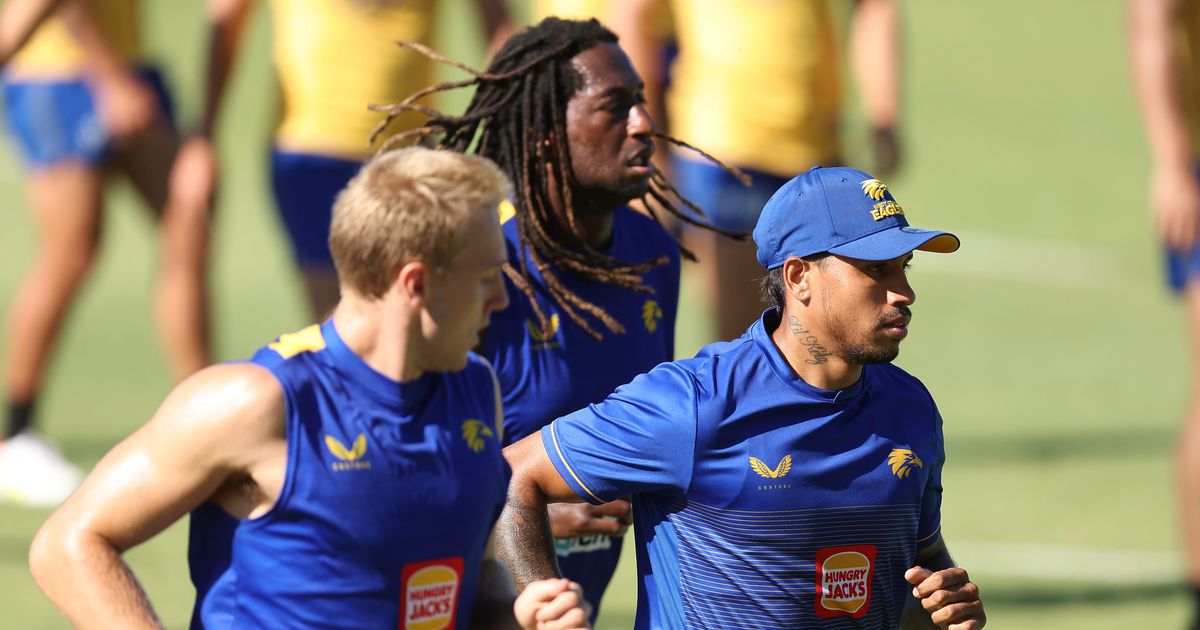 WEST Coast ruckman Nic Naitanui is optimistic the Eagles can prove the doomsayers wrong as the club attempts to overcome a crippling injury crisis and the growing threat of COVID-19.

With COVID-19 cases in Western Australia rising by the day and the border set to reopen on March 3, West Coast and Fremantle could be hit hard early in the season.

In contrast, most teams in the eastern states have already battled big outbreaks within their player groups, meaning they are unlikely to be as heavily affected during the season.

Compounding West Coast’s woes is an injury list that has hit astronomical proportions combined with Jack Darling’s continued banishment from the club for not being vaccinated.

Star midfielder Elliot Yeo will miss about a month with the calf injury he suffered in the same match.

That triple injury blow followed on from a cursed summer in which Jamie Cripps (pectoral), Oscar Allen (foot), Greg Clark (shoulder), and Tom Cole (ankle) were also cut down by serious injuries.

Skipper Luke Shuey is expected to miss the start of the season following his latest hamstring injury, while All-Australian defender Brad Sheppard was forced into early retirement due to concussion.

LAST EAGLE STANDING We pick West Coast’s round one team

The doom and gloom has led to many critics writing off West Coast as a finals threat, with some even going as far as tipping them for the wooden spoon.

But Naitanui, who at 31 is running out of time to snare a premiership after missing the club’s 2018 flag due to injury, is confident the team can fight through the adversity.

“The current reality is we do have a lot of injuries. It’s something that I’ve never seen throughout my career here at the club, and the calibre of people that are out too,” Naitanui said.

GOING TO THE GAME? Get R1 tickets for Eagles v Suns here

“But the next soldier steps up. Now we’re blooding a lot more youth, and they’ll get a few more games, especially the early part of the year. Write us off if you please, but I know internally we’re all excited, we’re all ready to go, and we’re excited to prove some of those people wrong.”

The star ruckman says the player group still view Darling as a “brother” despite the forward’s vaccine stance robbing the team of one of their best players.

“It’s tough while you’re having a few injuries, having a few talls out. He’s a perfect fit to be there,” Naitanui said.

“I respect Jack as a man and as a brother, and I’ll always be there for him if he needs someone to talk to.”