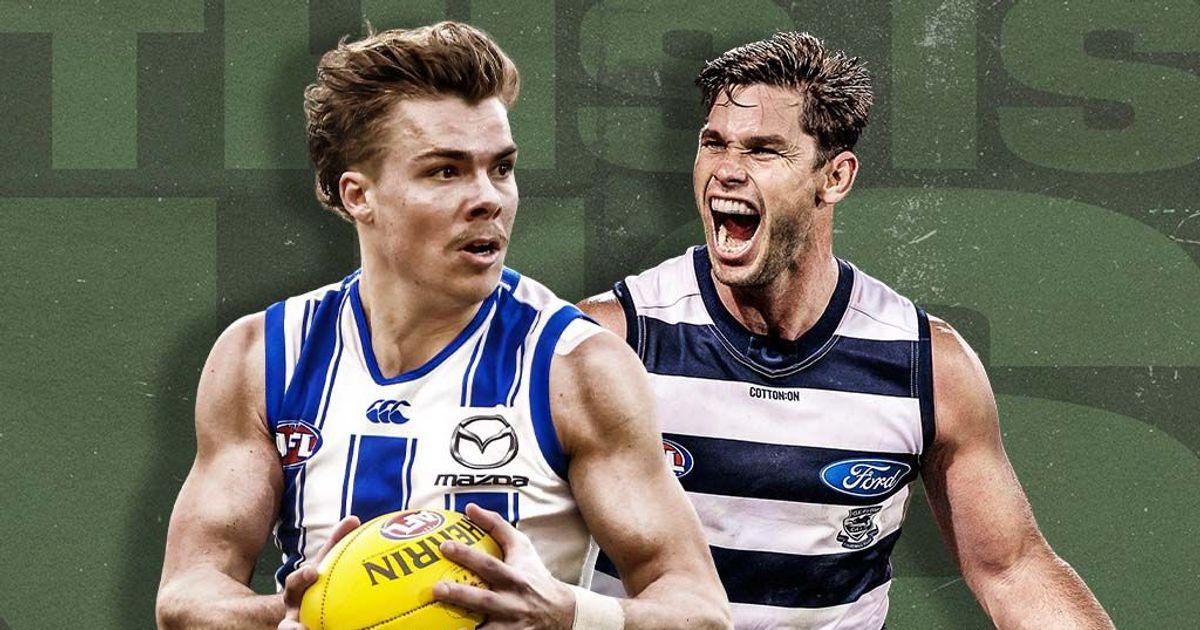 NORTH Melbourne will be hoping to hand Geelong a second successive surprise loss when the clubs face off at Blundstone Arena on Sunday afternoon.

These clubs have faced off in Tasmania just once before, in round 21 last year, and while the Cats got the cream that day they were forced to work hard with just two goals in it deep in the final quarter.

With a single win on the board for the Roos from five rounds, David Noble will be super keen to start getting more premiership points on the board to show tangible signs of improvement to everyone in the football world.

North has lost ball magnet Aaron Hall and Jaidyn Stephenson but regains high-flying forward and hard nut Cam Zurhaar, while Tarryn Thomas is back and would love nothing more than to lead the way in front of his home state crowd in his 50th game.

Exciting forward Paul Curtis has been named to debut after being taken at pick 35 in last year’s NAB AFL Draft. The 19-year-old has genuine X-factor and will be watched closely by Roos fans looking to the future.

Meanwhile, Geelong is sitting 3-2 and knows another upset loss could cost it dearly later in the season.

The withdrawal of Patrick Dangerfield and reliable defender Jack Henry on Friday has made the task more difficult, with Luke Dahlhaus also being managed.

Former Kangaroo Shaun Higgins returns for the Cats after missing the past fortnight and Oliver Dempsey will debut after coming from nowhere to be taken by Geelong in the 2021 rookie draft.

Dempsey hadn’t played football since U14s before pulling on the boots for Carey Grammar and Old Carey U19s last year.