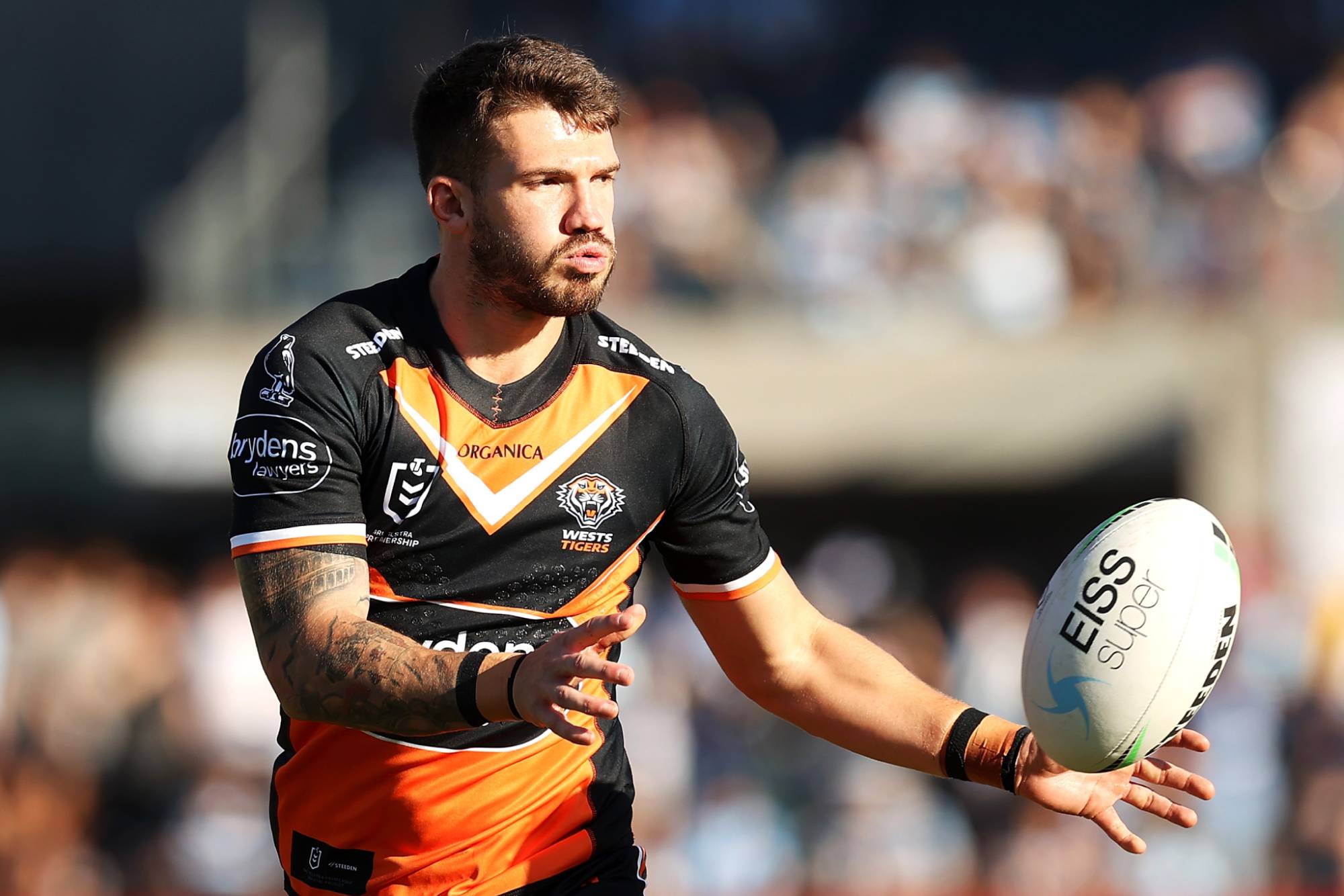 Woods was reacting to Brad Fittler and Billy Slater on the Sunday Footy Show describing how it was a shame that Cleary would be sidelined in the lead-up to the finals after copping a five-game ban for the dangerous tackle.

The former NSW and Australian front-rower said Cleary was not the choirboy that he has been made out to be in the media, pointing to his infamous Tik Tok video when he was found to have breached COVID-19 regulations and an earlier on-field incident this season.

“Freddy and Billy Slater came out and they were like ohh, he’s a good bloke and we don’t want to be missing these good players before semi-finals. That’s bullcrap if you ask me, that’s rubbish,” Woods said on Triple M’s Monday Scrum Podcast.

“He had a prior charge already on Billy Walters earlier in the year, so he would have got four weeks but he had that, so that’s an extra week.

“And if you watch the tackle, I remember Freddy saying Liam Martin helped it a bit. No he didn’t. He pulled off the tackle and you see Cleary re-grip and get a hand between the leg.

“Dylan Brown was still on the ground, he was hurt. You could see it hurt him. And he had all the intent to go out [and hurt him]. Just because he goes on Instagram and says I’m sorry, you know it was totally out of character, that’s what happens in a rugby league field, things can go one way or the other and obviously he had no malice but that’s just part of the game.”

Woods claimed if Roosters prop Jared Waerea-Hargreaves had done a tackle like Cleary’s one, “we’d give him life in this game”.

Oliver Gildart is a late season pickup for the Sydney Roosters as they seek to add backline depth as they push for the finals.

The GB and England centre joins on loan until the end of the season from Wests Tigers, where he had been out of favour. He has been playing in the NSW Cup for Wests Magpies and was rumoured to be headed back to the Super League for a short stint, but instead finds himself.

He takes up the final top 30 spot on the Roosters’ roster and will provide an option for Trent Robinson behind incumbents Joey Manu and Paul Momirovski.

Cronulla are counting their losses after Saturday’s thrilling golden point victory over South Sydney after it was announced that fullback Will Kennedy will miss up to six weeks with after undergoing ankle surgery.

Kennedy played the full match, but went under the knife on Monday and now faces a race against time to make the first week of the finals. The Sharks make him an outside chance of their final game of the regular season against Newcastle.

His spot is likely to be filled by Australia Sevens convert Lachie Miller, who enjoyed a stunning debut away on the Gold Coast in June and has been in red hot form for Newtown Jets in the NSW Cup.

Manly chairman Scott Penn is urging fans not to show any disrespect to the seven players who boycotted Thursday’s game on their return against the Eels at Brookvale.

Josh Aloiai, Jason Saab, Christian Tuipulotu, Josh Schuster, Haumole Olakau’atu, Tolutau Koula and Toafofoa Sipley, who sat out the match due to religious and cultural reasons over the club’s decision to wear an inclusivity jersey promoting the LGBTQIA+ community, are all set to play in Friday’s critical clash with Parramatta.

The Manly chairman and owner will be around the football club this week, while new chief executive Tony Mestrov has now started and will meet with all players.

“The thing is they should go easy on them,” Penn told AAP, while adding he was not too concerned about a potential backlash.

“A week is a long time in football. We just have to get a win, it’s as simple as that.”

Penn has also shot down suggestions that if Manly miss the finals, coach Des Hasler’s future would be in jeopardy because he has a clause in his contract which triggers an automatic extension for 2024 if they make the playoffs.

“The reality is he will be there for as long as he wants to be and the team is performing,” Penn said.

“Technically, there is just an automatic extension based on performance for the year after that.

“But he is on contract full stop, is the bottom line. It’s just the club has rights if the performance isn’t there.

“He is absolutely there next year. We will deal (with the years after that) in the off-season. It’s not an issue.”

Hasler will face one of his greatest tests this week in trying to unite Manly’s squad after the seven players refused to play in the inclusion jersey.

Friday’s match against Parramatta looms as a must-win, given Manly are a game behind ninth-placed Canberra, who have an easier run home.

The Sea Eagles are auctioning off the jerseys worn on Thursday against the Roosters for the Gotcha4Life charity and rookie forward Zac Fulton is leading the way with a top bid of more than $2500 for his debut jersey.

Fulton has attracted nearly more than double than the next highest, Daly Cherry-Evans, and is also beating a jersey signed by the entire team which took the field against the Roosters.

Roosters hooker Sam Verrills could be heading to the Gold Coast next year following the club’s signing of Brandon Smith.

The Titans are desperate for a creative hooker to bolster their spine after using Erin Clark and Aaron Booth at dummy-half with limited success this season.

Manly veteran Kieran Foran is heading to the Titans in 2023 so coach Justin Holbrook will have a lot more experience in his spine if he survives the club’s dreaded end-of-season review.