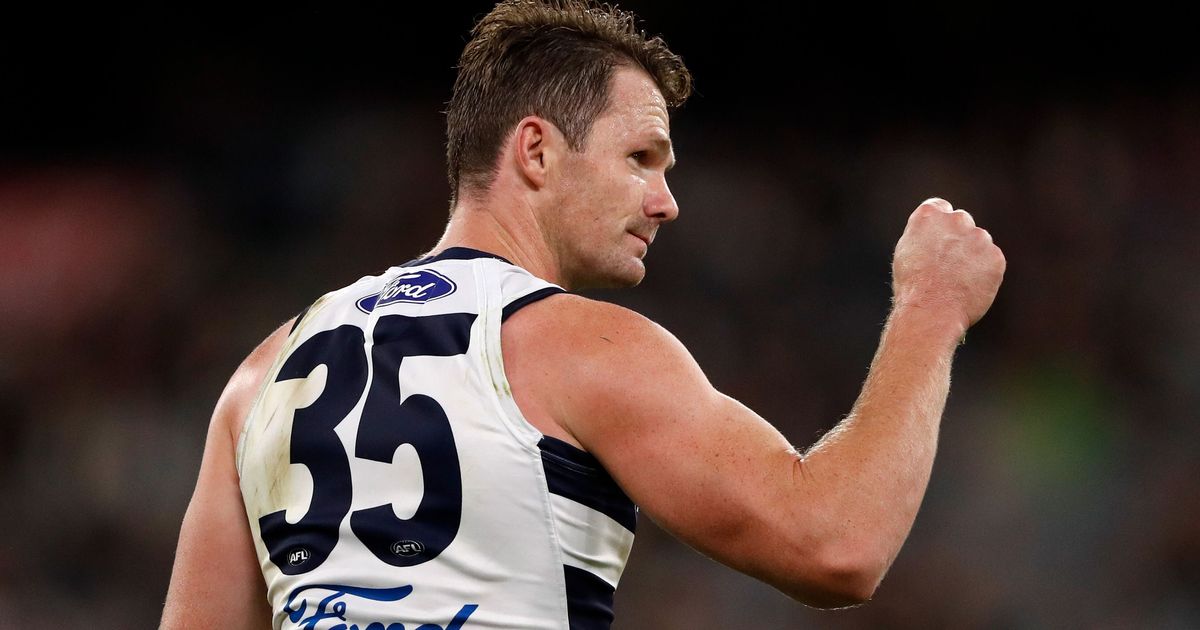 BROWNLOW medallist Patrick Dangerfield is set to return for the Cats this week as coach Chris Scott forecasts more conservative injury management at the club.

Dangerfield hasn’t played since hurting a calf muscle in round 10, but Scott expects his star player to be back for Saturday’s clash with Richmond.

“We’d like to see this (training) session today especially, but our plan has been pretty conservative in terms of the injury management, getting enough work into Patrick which he was denied earlier in the year,” Scott told reporters on Wednesday.

“Every indication is that he’ll be ready to go.

“But I must say that over the next whatever it is, eight or nine weeks to finish off the year, that we won’t hesitate with any of our players to play it a bit more conservatively if that is what the data is telling us.

“It’s exciting that it looks as if (Richmond star) Dustin Martin is back and Patrick Dangerfield is back, I hope they get to play on each other a bit.”

Scott said veteran Shaun Higgins, who hasn’t been sighted at AFL level since round seven, would play in state league ranks this weekend, while downplaying the significance of a recent heavy training load at the Cats.

After last week’s away win against West Coast, Scott said the club had increased training workloads entering that fixture and over the preceding bye weekend.

But on Wednesday, Scott said the heavier training block had been “a little overblown.”

“It hasn’t been a departure from what we have been doing in previous years,” he said.

“There’s always a balance for us …we certainly won’t have any excuses going into this game.

“We think our preparation has been good for the longer-term for the couple of months to come, but by this week we think we’re primed to play well.”