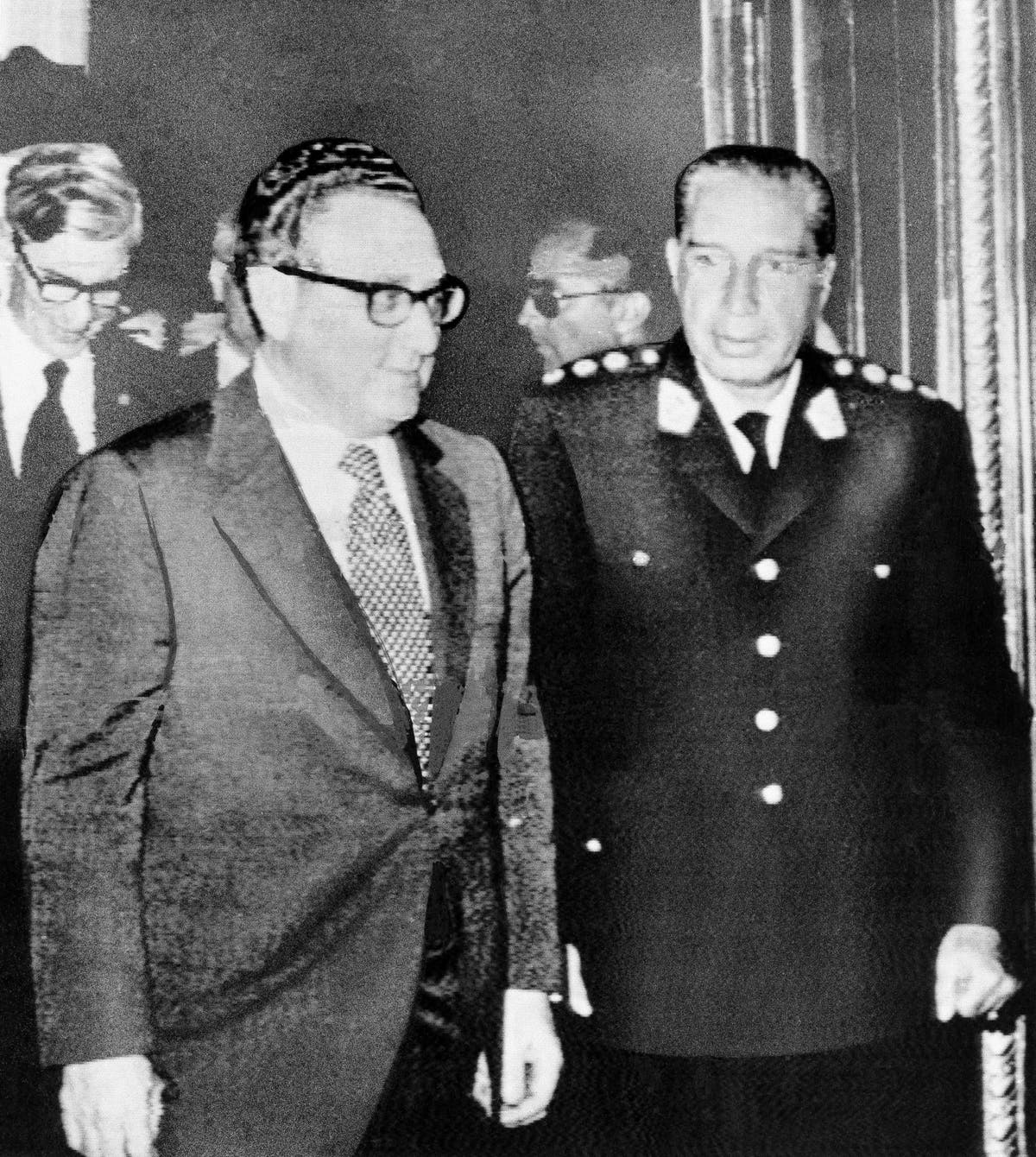 His son Remigio Morales told The Associated Press that the former president died at a hospital Thursday night “of complications due to his age.” Funeral ceremonies were being held at a church near his home “where he went every Sunday to hear Mass.”

One of the first acts Morales Bermudez took after replacing Gen. Juan Velasco in a bloodless coup in August 1975 was to decree that all deported political leaders and journalists expelled from the country during the previous eight years could return from exile.

His government warned that it would still deal harshly with anyone who impeded “the objectives of the revolution,” launched by the armed forces with the 1968 ouster of democratically elected President Fernando Belaunde.

But as time wore on, his prime goals became economic recovery and a return to civilian government by 1980, when he turned power back to Belaunde, chosen in free elections to return to office 12 years after he was deposed.

“There were generals who believed the military government could continue for 20 or 30 years more. But I convinced them that it was impossible,” Morales Bermudez told Peru’s weekly news magazine Caretas years later. “Power wears out. It wears out and destroys. And a tutelary institution like the armed forces cannot afford to wear out.”

Morales Bermudez, who had twice served as Velasco’s economy minister and was Peru’s premier when he seized power from the ailing military strongman, veered away from those policies, telling the nation that foreign capital should no longer be despised.

“Those who say it is not needed,” he told a meeting of business leaders after a year in power, “are demagogues.”

He said Peru would continue a socialist approach toward redistributing Peru’s wealth, but added that the revolution would be more “gradual.”

Those relationships helped poison his reputation abroad: Italian courts sentenced him — along with figures from other Latin American dictatorships — to life in prison a trial in absentia for the death of 43 Latin Americans of Italian heritage who died during a regional crackdown known as Plan Condor.

Led by Chilean dictator Augusto Pinochet, Plan Condor was a secret alliance of South American dictatorships during the 1970s and 1980s in which military leaders cooperated in persecuting and killing one another’s dissidents.

Morales Bermudez’s case focused on three members of the Argentine Montonero Peronist Movement who were kidnapped by Argentine soldiers in the Peruvian capital and taken elsewhere in Latin America and Europe. Two were never seen again. A third was later found dead in a Madrid hotel.

The daughter of Morales Bermudez criticized the verdict at the time, saying he had asked to be investigated over the allegations and went before Peru’s own Supreme Court, which ruled 5-1 that the Peruvian government wasn’t involved in Operation Condor.

As president, “His objective was a return to democracy, and that objective was achieved,” said Federico Prieto, a journalist deported to Argentina by the Velasco regime, who later befriended Morales Bermudez and edited his 1996 autobiography, “Return to Democracy.”

Morales Bermudez lived a modest lifestyle on his military salary and pension until his death, Prieto said.

“This man was extremely honest,” he said.

Born in Lima on Oct. 4, 1921, Morales Bermudez was grandson of President Remigio Morales Bermudez, who governed Peru from 1890 to 1894. His father was a lieutenant colonel who was murdered by political extremists when he resisted a kidnapping attempt in November 1939, months before Morales Bermudez entered the Chorrillos Military Academy. He graduated in 1943 as a second lieutenant.

He made an unsuccessful bid for the presidency on a law-and-order platform in the 1985 national elections.