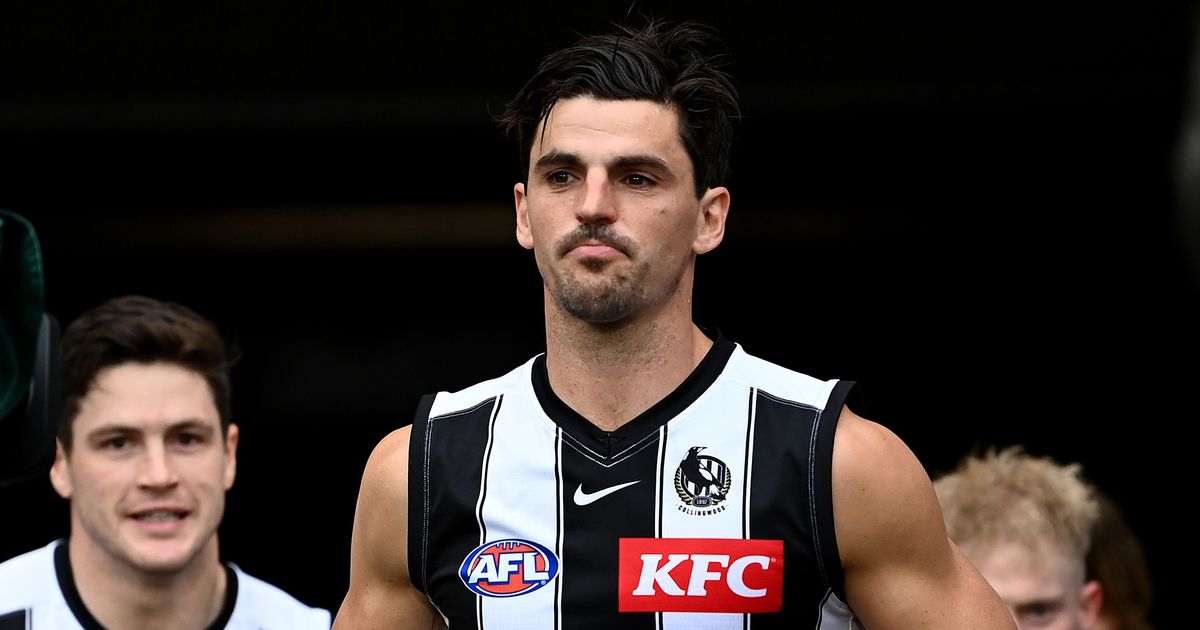 ILLNESS has hit Scott Pendlebury, with the Collingwood captain a late out for the Pies’ Friday night clash against the Western Bulldogs.

Callum Brown comes into the side, while Jeremy Howe will skipper the Pies in Pendlebury’s absence.

Collingwood expects Pendlebury to return to full training next week.

With the season’s midpoint looming, Friday’s clash could be either a kickstart or the first nail in the coffin for Collingwood and the Western Bulldogs.

The Pies started 2022 on fire but have lost four of their past six games and sit just outside the eight, while the Western Bulldogs were expecting big things this year yet are one rung lower.

The development of Collingwood’s youth brigade has given fans plenty to get excited about, and with the Dogs losing Cody Weightman, Tim O’Brien and Laitham Vandermeer to injury, Craig McRae may be smelling blood.

>> Get all your LIVE scores and stats on the go with the AFL Live Official App
>> Follow all the action LIVE from 7.50pm AEST

But will the out-of-form Darcy Moore be able to contain Aaron Naughton who’s coming off a strong four-goal performance? Can the Pies’ forward line make up for the energy drop that’s sure to be felt with livewire Jack Ginnivan missing through injury?

And with Brodie Grundy out can the Magpies’ mids get first use against one of the most celebrated onball brigades in the competition, made even stronger by the return of skipper Marcus Bontempelli?