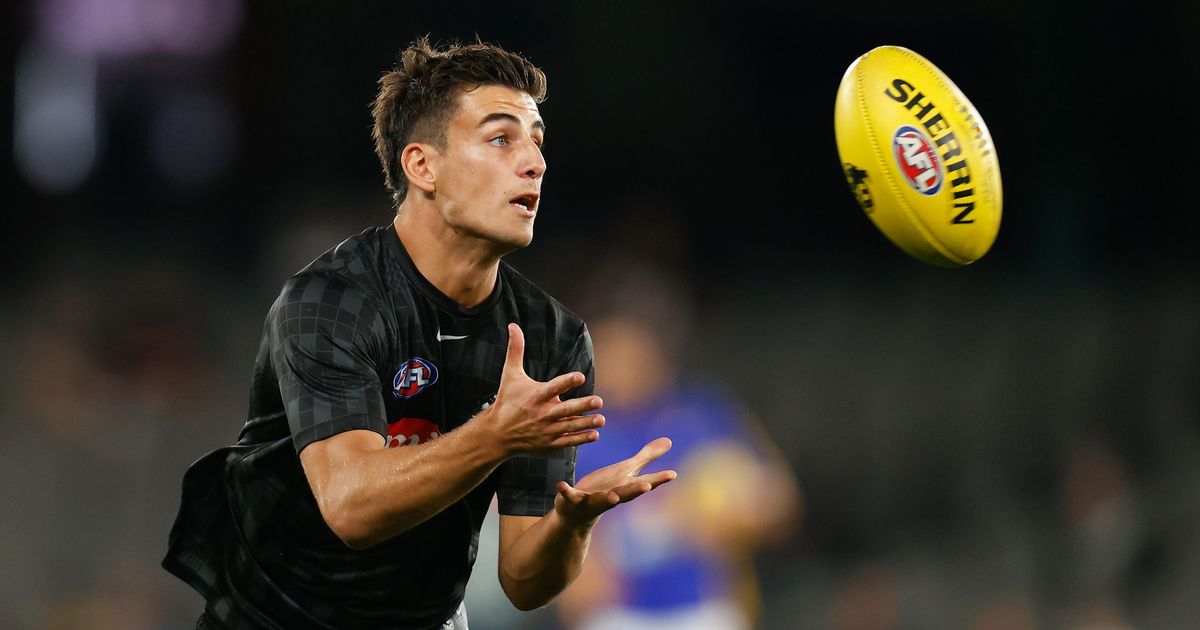 COLLINGWOOD trio Nick Daicos, Brayden Maynard and Taylor Adams are all available to face Richmond tomorrow after returning to training at the AIA Centre on Friday.

All three missed Thursday’s main training session due to the flu – non-COVID related – along with Reef McInnes, who was left out of the 26-man squad to face the Tigers.

Illness has been an issue at Collingwood across the past fortnight, just like at a number of other clubs across the competition, including Richmond, which ruled out Dion Prestia and Nick Vlastuin earlier on Friday.

Jordan De Goey and Will Hoskin-Elliott missed last Friday’s main training session due to bouts of gastro, before fronting up to face Gold Coast at the MCG two days later.

Collingwood expects Daicos, Maynard and Adams to suit up on Saturday after all three completed the captain’s run and were ticked off by the high performance department.

Daicos is the favourite for the Rising Star Award after making a blistering start to his AFL career across the first seven rounds of 2022, where only reigning Copeland Trophy winner Jack Crisp has averaged more disposals per game than his 25.1 disposals.

The 19-year-old could require his load to be managed at different stages in his first season, given the limited amount of football he has played across two COVID-affected seasons in Victoria, but it might not be until the bye.

The Brownlow Medallist is expected to be eased back into football and could play predominantly forward at the MCG, after taking a leave of absence after round one.

McRae rewarded Ollie Henry and Trent Bianco for strong form in the VFL, recalling them to the senior side for the first time since the shock loss to West Coast in round four.

Henry has kicked 12 goals in three games since then, including a big bag of seven against Coburg on the weekend, while Bianco kicked five goals in his last outing against Essendon’s VFL side on Anzac Day.

Jack Madgen, Callum Brown and McInnes were all left out of the 22.