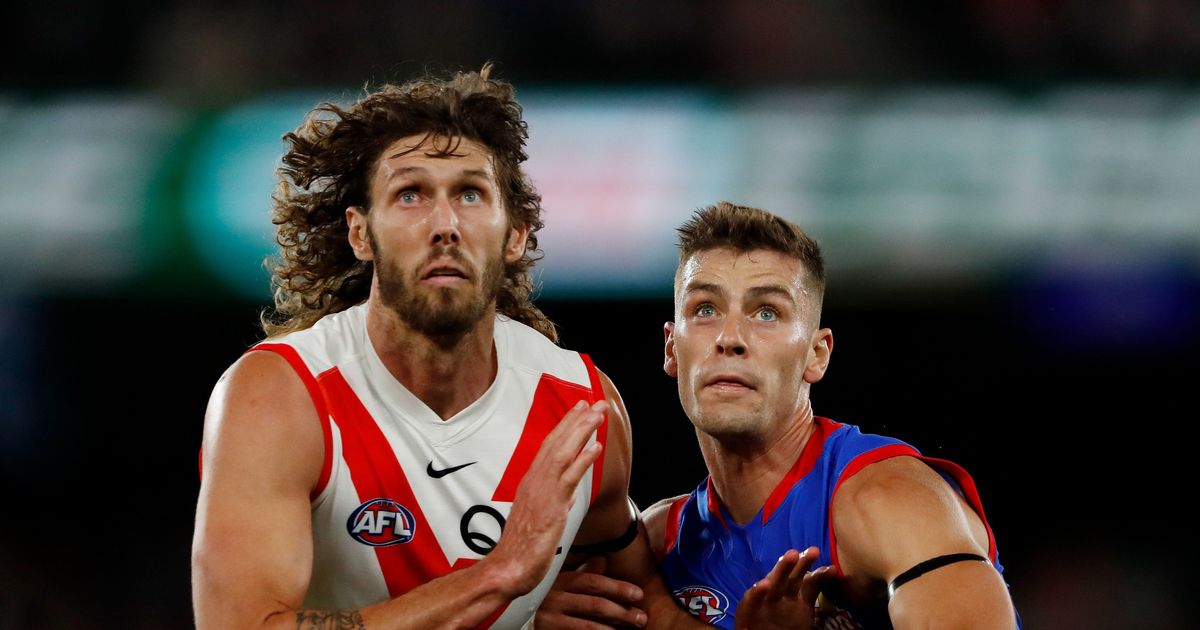 IN THIS edition of Nine Things We Learned, we discover that Angus Brayshaw could be the hottest free agent, a gun Dog is back to his best, a young Cat is at home on the wing, plus more round three lessons.

1. Out-of-contract Demon steps up when it matters most

With Christian Petracca having an off night on Friday night, Angus Brayshaw stepped up and produced one of his finest performances in a long time. The out-of-contract Demon has played plenty of selfless roles in the past few years, especially in 2021 which ended with a premiership medallion hanging from his neck. But Brayshaw provided a timely reminder of his ball-winning ability against Essendon, amassing 34 touches – his highest count since round three, 2019 – 30 uncontested possessions and an astonishing 20 marks. In a performance reminiscent of Joel Bowden, Brayshaw hauled in the most marks since Nick Riewoldt took 21 in 2016. The plot thickens in terms of Brayshaw’s contract status. – Josh Gabelich

2. Dunkley has found his groove again

Injury caused a big disruption in Josh Dunkley’s 2021 season but so far this year we have seen why he wants to be – and can be – one of the damaging inside midfielders in the game. He was excellent in the Western Bulldogs’ 11-point win over Sydney on Thursday as the Dogs opened their account for this year. Dunkley had an equal game-high 31 disposals, as well as the most tackles on the ground (11) and equal top clearances (six) up against one of the most in-form midfield units in the AFL. The out-of-contract midfielder has averaged 28 disposals so far this season and was pivotal in lifting the Dogs across the line. – Callum Twomey

Taylor Walker is available for Adelaide after serving his six-match suspension for a racial comment, and whether he returns next weekend, the week after or the one after that, the Crows have found some tall firepower in his absence. Lachie Gollant, playing just his third match on Friday night, was magnificent in kicking four goals against Port, as was Elliott Himmelberg, who did likewise, including two clutch goals late in the match. With former No.2 pick Riley Thilthorpe playing in the SANFL, but oozing with talent, Adelaide’s tall forwards have shown enough to suggest they can complement, and ultimately succeed, Walker as primary targets inside 50. – Michael Whiting

Matthew Kennedy is a midfielder. And a very good one at that. Having spent part of his time at Carlton as a pressure forward, Kennedy is being played solely as an onballer under new Blues coach Michael Voss, and the rewards are there for all to see. The former Giant, who, ahead of 2022, had played 42 games in his four seasons at Ikon Park and never more than 10 in a row, has been influential in all three wins this year. After three rounds, Kennedy has tallied 94 disposals, to go alongside 18 clearances, 18 inside 50s and three goals. The 24-year-old is averaging eight score involvements per game, second at Carlton behind Patrick Cripps. He may not be the Blues’ prettiest player, but he’s a vitally important one. – Trent Masenhelder

5. The King of swing

For the second week in a row Max King went missing through the early stages of a game before exploding into an unstoppable force and swinging a result previously in the balance. The super-talented 21-year-old has single-handedly kept St Kilda’s season alive at 2-1 when it could have so easily sat 0-3. However, as amazing as his heroics have been, those nearly non-existent starts are a worry and give opposition defensive coaches a template to work with to restrict King’s match-winning capabilities. Then again, there’s a chance the kid is good enough to be the one making changes and getting his starts as good as his finishes. Imagine that. – Howard Kimber

6. The biggest Giant may finally get his moment

It’s been a hard journey for Braydon Preuss, a ruckman drafted to North Melbourne when Todd Goldstein was at his peak, then traded to Melbourne as backup for Max Gawn – a man who needs no backup. His arrival at Greater Western Sydney in Shane Mumford’s winter years looked like the 206cm behemoth had finally got his timing right, but injury cruelled his first season in Sydney. Even the first two rounds of this year saw Matt Flynn starting in the centre, before Preuss finally got his Giants debut. And he didn’t waste it, grabbing 16 disposals, 34 hitouts and seven clearances to get the better of Jarrod Witts and give the GWS midfield first use of the ball. It might be early to say Preuss has arrived, but he’s holding a valid ticket and the journey’s destination is his to choose. – Howard Kimber

When Chris Fagan moved Dayne Zorko to half-back to start the season, a few eyebrows were raised. Not because anyone doubted Zorko’s ability, but after 200-plus games and five best and fairests, it seemed a bold move to shift a midfield prime mover into defence. But after 33 disposals against Essendon in round two, Zorko backed up with another 31, including 13 score involvements, against North. The 33-year-old captain attacks at all costs, makes lightning quick decisions, and hurts opponents with his incisive kicking. He’ll face sterner defensive tests – starting with Geelong on Friday night – but knowing Zorko can play forward, midfield and back is a nice ace to have up Fagan’s sleeve for later in the year. – Michael Whiting

Andy Brayshaw is fast becoming one of the AFL’s brightest young talents, accumulating 40 possessions in round two, before shaking off an early Jackson Nelson tag to have 26 disposals in Fremantle’s Western Derby win. The 22-year-old has taken the mantle as Fremantle’s key midfield man after Adam Cerra’s off-season exit combined with the early-season absences of key on-ballers Nat Fyfe (back) and David Mundy (health and safety protocols). The No.2 pick from the 2017 NAB AFL Draft has class and polish, ensuring his possessions tend to count. – Ben Somerford

9. Holmes at home on a wing

The Cats have been the masters of luring big names down to Kardinia Park and unearthing mature-age gems from around the country. But they haven’t always struck gold in the first round of the draft. That might be about to change. After getting a taste of senior football in 2021, Max Holmes produced his best performance yet on Saturday night, finishing with 20 disposals, 10 contested possessions and five tackles against Collingwood. Chris Scott said Holmes arrived at the club as an athlete via pick No.20 in 2020, but has quickly turned into a footballer. He certainly has. – Josh Gabelich