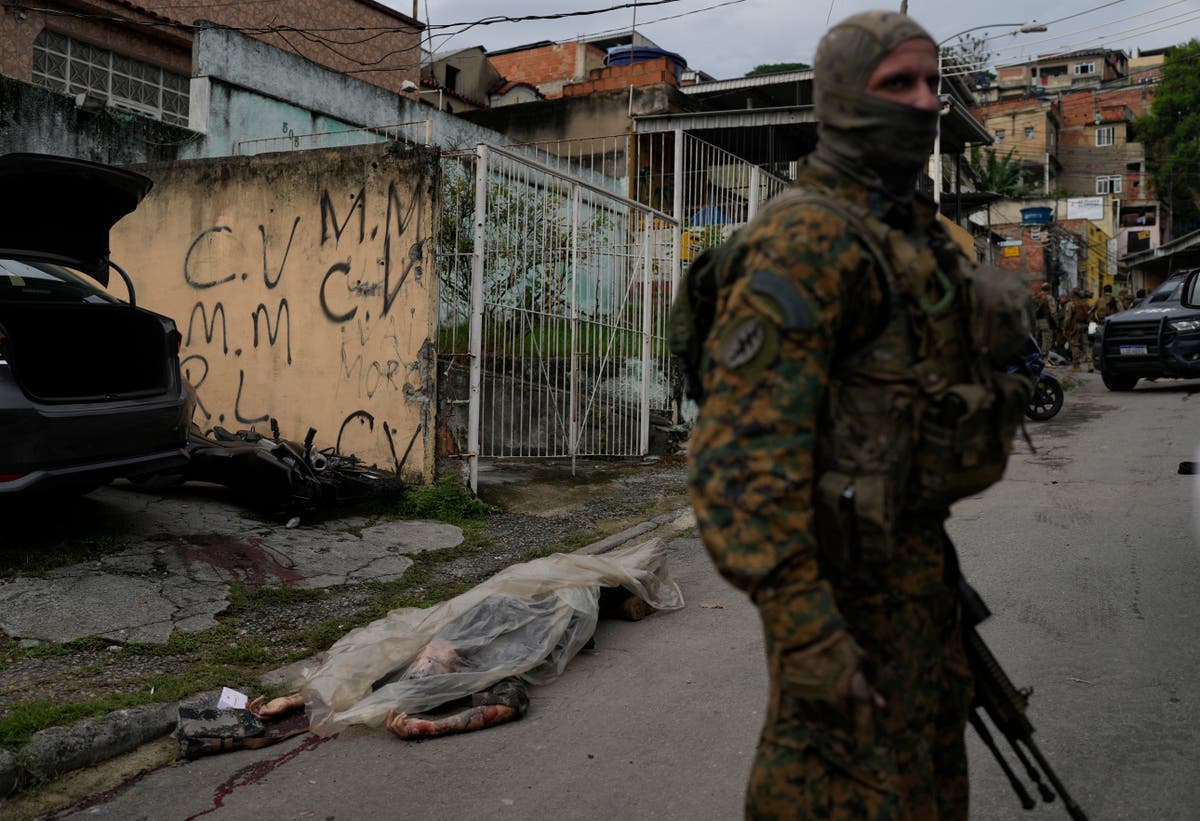 A police operation in a poor community in Rio de Janeiro on Friday left at least eight people dead, according to the state’s military police.

The raid in the Vila Cruzeiro favela was coordinated between Brazil s highway police and the military police. Officers seized automatic weapons, pistols, grenades and drugs, as well as kilos of drugs, according to a photograph published on the military police’s Twitter page.

Local media reported that more than a dozen schools were closed, as well as family health clinics. One body was laid out on the street under a tarp, and a group of residents gathered nearby waiting to see if belonged to a relative or friend.

Friday’s raid was an attempt to search for criminals from another favela, Jacarezinho, according to the police Twitter account. Jacarezinho is the neighborhood where the state has launched its so-called “Integrated City” initiative that seeks to reclaim territory controlled by gangs — and also the site of a raid last year that left more than two dozen people dead.

Earlier this month, Brazil’s Supreme Court issued a ruling that forces Rio’s state government to institute measures aimed at reducing police killings and violations of human rights, including the development of a plan within 90 days.

The court also ruled that lethal force should only be used only in situations in which all other means have been exhausted and when necessary to protect life, and that police have 180 days to install devices to record audio and video on their uniforms and vehicles.