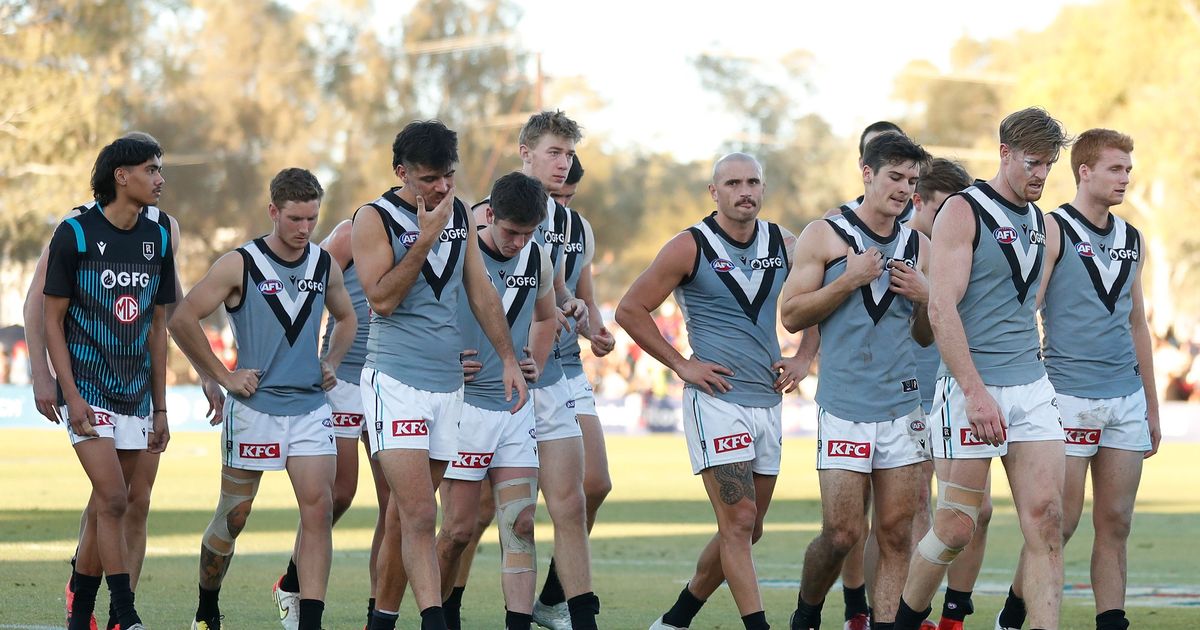 PORT Adelaide assistant coach Nathan Bassett isn’t waving the white flag just yet, believing the Power are still in with a chance to secure an unlikely finals berth.

Despite another improved showing, the Power were unable to go the distance with Melbourne, falling to a 14-point defeat at TIO Traeger Park and thus missing the chance to go with eighth placed Richmond on the ladder.

As a result, Port remains four points off the pace going into the final five games of the season along with having a highly inferior percentage in comparison to the Tigers.

The task doesn’t get much easier as the Power face three consecutive top-eight sides in the coming weeks, including ladder leaders Geelong, the red-hot Collingwood and Richmond.

Bassett, who took up the reins in place of head coach Ken Hinkley due to the head coach entering health and safety protocols isn’t losing faith just yet but acknowledged the defeat made a late finals push even more difficult.

“It makes it tough,” Bassett said.

“But there’s still five games to play and if we win all five games, we will have a very good chance to be in the eight.

“So there’s still plenty to play for this season. I think we have a good core of emerging players that are developing well and give us a chance for success in the future.

“We will be doing our best to beat Geelong next week.”

Port started the game strongly, booting the opening three goals of the contest while keeping the Demons goalless in the opening quarter.

However, after another solid opening to the second-half, Port gave away seven straight goals and fell behind by as much as 31 points in the final term, which proved too difficult for the Power to overcome.

Bassett believes there were positives to take out of the loss, but lamented overuse and Port’s inability to match the Demons at the contest when the reigning premiers began to kick ahead in the second-half – while also making mention of Kysaiah Pickett’s match-winning six-goal performance.

“I think our work out of stoppage was very strong,” Bassett said.

“Our ability to nullify their ruck and mid threats and get the ball in our half I thought that was a positive.

“I think (Aliir) Aliir played a really strong game behind the ball. And I think in lots of the parts of the game there were good bits to like.

“Maybe our fumbling and overuse and Kysaiah Pickett, it all contributed to a loss in the end.”

Meanwhile, Melbourne coach Simon Goodwin was full of praise for Pickett, who roared back into form after a lean couple of months to put in a career-best showing in Alice Springs.

“I think you can see by the crowd, and what he brings to this community and he played with that spirit in mind.

“He was a very special player today and that’s credit to him. He’s worked really hard in the last six or seven weeks to get himself back into some really good form.

“And today it was on full display. His abilities, his talent but knowing his work rate and performance and intensity.”

After only two wins in their last six heading into the game, Goodwin was pleased with how his side responded particularly against an in-form Port outfit.

“We knew coming into the game it was going to be a challenge,” Goodwin said.

“Port Adelaide are in some great form, I think they’ve won seven out of the last 10. And we knew what type of game it was going to be.

“But I spoke during the week to our players about it’s time to really step up and challenge ourselves and I thought today, we played a really strong brand of footy.

“Clearly there’s some areas to get better at. But I think for the majority of the day, our boys were really strong all over the ground.”