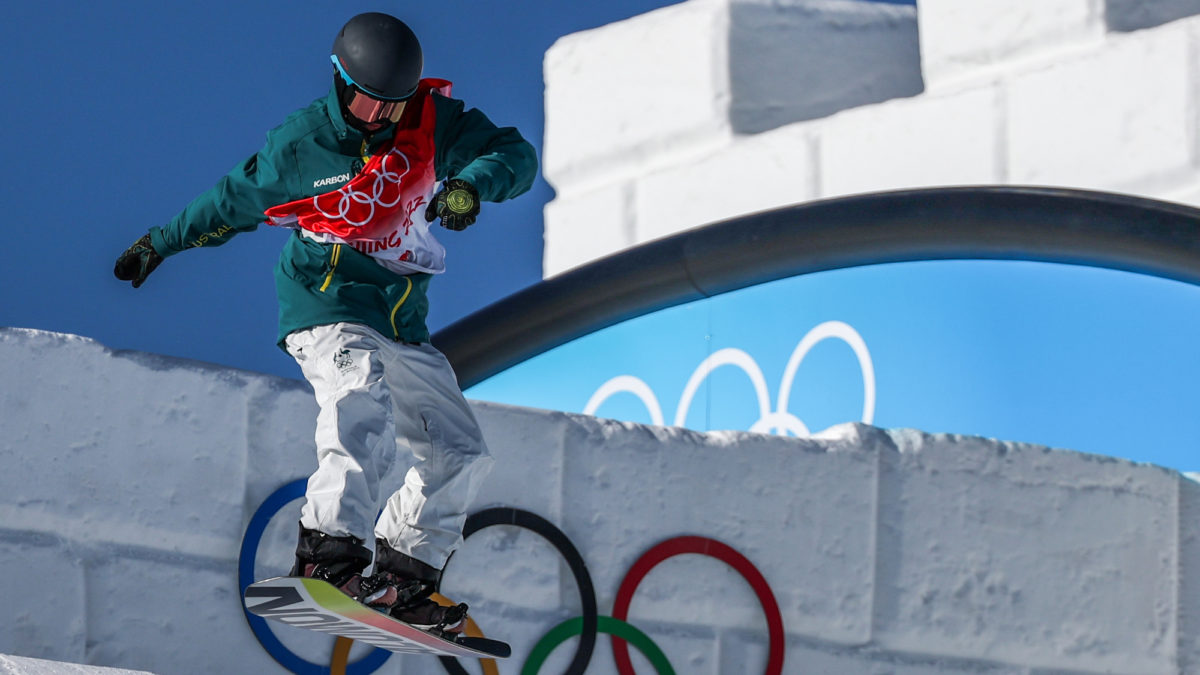 Channel Seven have been the broadcaster for most Olympics this century, other than a brief period when Channel Ten had the broadcasting rights.

With the Winter Olympics having recently commenced in Beijing, let’s have a look at how Seven have brought the games to the Australian public.

Where Channel Seven has done well
The main commentators have all been very good. Dave Culbert has the ability to commentate anything and make it fascinating, Matt Hill is showing that he’s not just a great race caller but also with other sports, and Alister Nicholson is fast becoming one of Australia’s best commentators.

Mitchell Tomlinson is a great commentator in the action sports world, from skateboarding to the snowboard halfpipe, and Scott McGrory is valuable as the lead voice of the long track speed skating, like he is at the velodrome.

They also were all very good commentators at the Tokyo Olympics – Culbert with the field events and canoeing, Hill with rowing, Nicholson at the hockey, Tomlinson with the skateboarding, and McGrory at the track cycling.

The co-commentators have also been excellent with their expertise. Dirk Nannes, Steven Bradbury, Ryan Tiene, Steve Hewitt, Jono Brauer and Mia Rennie have all given valuable expertise, which is important considering the lead commentators generally don’t have a high level of knowledge in these winter sports.

Andy Maher has been criticised by some for his commentary on the curling, but I think it’s important to remember that curling is possibly the most foreign of sports for Australians. He was thrown into the deep end being asked to commentate the unfamiliar sport, and he was helped out well by Steve Hewitt, who was commentating his own son.

The reporters at the games have been fantastic too. I’ve quite enjoyed the interviews by Jason Richardson, Lydia Lassila and Mel McLaughlin at the Games, and they can be quite happy with how they’ve performed.

Lastly, we all understand that ad breaks are needed during the coverage of anything on television, and I am pleasantly surprised that they haven’t gone to commercials every couple of minutes. I did presume that they would overdo the commercials, but thankfully they haven’t been too regular.

Where Channel Seven has not done well
I’m not a fan of most sports being buried into the 7 Plus app. After seeing Foxtel’s coverage of London 2012, I think the alternative of having a number of pop-up channels in addition to one main channel is the better way to go.

That’s not to say that everything needs to be on television. There only needs to be an additional two or three channels during the Winter Olympics coverage and have the remainder on the 7Plus app. This is something similar to what Seven should do during the Summer Olympics, where there should be somewhere from five to ten pop-up channels, with the remainder on the app.

This gives viewers a better opportunity to watch sports that have been getting minimal coverage.

Additionally, Seven has been showing sports on replay multiple times rather than showing live events. Snowboarding replays have been regular throughout the afternoon and early evening, while other events have been taking place.

Just because there are no Australians competing in these events, doesn’t mean that they can’t be shown. There is yet to be any biathlon, ice hockey or Nordic combined coverage, with only minimal coverage of cross-country skiing, luge, figure skating and ski jumping. I understand that these don’t need to be shown in front of events involving Australians, but they shouldn’t be shunted to the side to show continual repeats.

If they were given more airtime, maybe they would have a bigger following.

On Sunday, Channel Seven were planning on showing the downhill alpine skiing, but it was postponed due to high winds. That’s unfortunate, and obviously they have no control over the winds in China. So they showed the only other event live at the time, which was the team event in figure skating.

That’s good – we get to see more live action.

Also, I haven’t been a big fan of some of those back at the studio in Australia. I’ve quite liked Jo Griggs, Matt Shirvington and Emma Freedman for the first half of the day, but it’s after that where there’s problems.

And it’s their two most high profile broadcasters in Hamish McLachlan and Basil Zempilas.

Hamish McLachlan gets talking a bit too much. I think he’s trying too hard to become the next Bruce McAvaney and trying to turn everything into an Olympics history lesson.

Also, there’s a bit too much talking by him back in the studio and making it about ‘me’. The games are about those competing, not those working in the media. The others generally seem to understand this, but he’s wanting too much camera time. He also goes overboard in making it look like he knows everything about every sport.

For some reason, Zempilas has been talking as though Steven Bradbury’s gold medal was about his call and not Bradbury. You didn’t win the gold, Basil. He also is quite monotone and doesn’t bring out enough enthusiasm throughout the coverage, making it somewhat bland.

He’s been making a number of mistakes, too. He mentioned that short track speed skater Arianna Fontana was “from the Italian nation”. Let’s just say that she’s from Italy, or is Italian.

Finally, Channel Seven, let’s not over-do the megawall. It’s been good when showing a replay of the event with one of the expert commentators analysing what has happened, but it doesn’t need Hamish getting in the way and pointing at the screen like a weatherman. He did it a lot with Ian Thorpe in the Summer Olympics, and it has continued into the Beijing games.

Overall, there is a lot that Seven are doing right with their Olympics coverage, and they’ve nailed their commentator selection. But they could still improve how they deliver the games to the viewer.