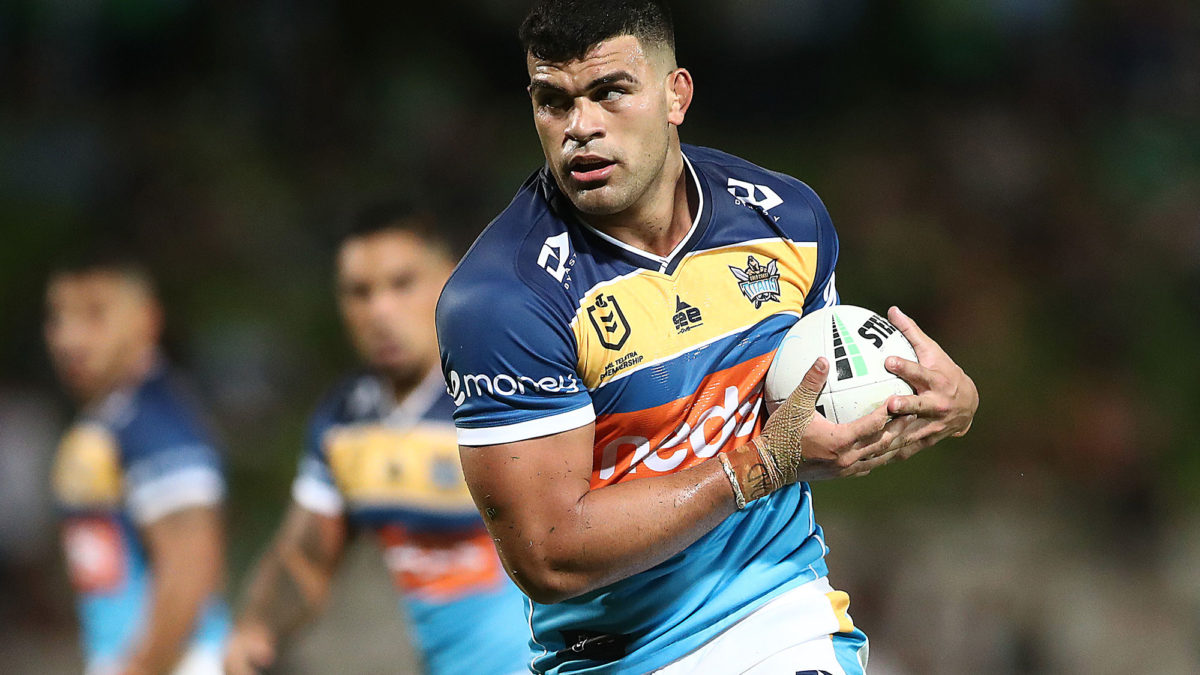 As the Gold Coast Titans slumped to another insipid defeat, this time to the Roosters at Mackay on Saturday night, I wondered about the nature of their apparent lethargy and indifference.

It’s true that they have an inexperienced spine still trying to establish combinations and themselves at the elite level. This is partly by design. The club rightly concluded that Ash Taylor, Tyrone Roberts, Mitch Rein and Jamal Fogarty were unlikely to lead them anywhere.

They have a badly underperforming marquee player in David Fifita and an international backrower, Kevin Proctor, seemingly on his last legs.

These are mitigating factors, but not enough to explain their baffling lack of intensity on both sides of the ball, the static defensive line or lackadaisical attack.

Justin Holbrook’s success in the UK and the turnaround he engineered late in the 2020 season indicate he’s capable of building a strong team. So, what’s wrong with the Titans?

History provides some insight into what the Titans are and why, and the history of rugby league on the Gold Coast is as colourful, dramatic and bizarre as any you’ll find.

We all know why building a team on the Gold Coast is fraught. For a start, the population is both older than most other regions in Australia and more transient. It’s a magnet for internal migrants who won’t necessarily support a local team or hang around long enough to know a team exists.

While the region is located between two bountiful junior catchments – south-east Queensland and the Northern Rivers of NSW – the richer, more successful Broncos have usually had the pick of young Queenslanders, while Sydney clubs often get the cream of northern NSW.

The good young players who have ended up playing for the Gold Coast have often treated the club as a stepping stone. Super League and the game’s expansionist ambition in Queensland created clubs who raided the Seagulls and Chargers. Expansion to Redcliffe could yet hurt the Titans as well.

Gold Coast teams have generally struggled to recruit elite players. They’ve often been presented with a choice between unproven local rookies and veterans looking to be superannuated by the seaside. The veterans have often been indulged.

The league’s been trying, failing and trying again for more than 30 years now.

The road to El Dorado: The Gold Coast-Tweed Giants, 1988-89
It was the late 1980s and Bob Hawke was Prime Minister of what was in many ways a new Australia. Markets had opened to the world and the volume and reach of television was rapidly expanding. The Giants were just one of nine new clubs introduced between 1982 and ’95.

Three teams were added for the 1988 season. Newcastle was back after almost 80 years and Brisbane had long been foreshadowed. The Giants were a surprise, especially considering the Seagulls Leagues Club weren’t yet on board with the venture.

They were a new team entrusted to the old school of John Sattler, Bob Hagan, Peter Gallagher and Bob McCarthy at a time when rugby league was moving toward modern, scientific methods. They started without significant corporate backing but were expected to somehow acquire it on the run. With the benefit of hindsight, it might’ve been wiser to wait a couple of years.

The Giants started with the sort of roster Redcliffe is likely to have in 2023. There were experienced forwards in Ron Gibbs, Tony Rampling, Billy Johnstone and Chris Close. There was a well-travelled and regarded half in Mike Eden, a young spine player from the Broncos system in Geoff Bagnall and a smattering of fringe players from other clubs.

They won just 11 of 44 games in their two seasons, with gradual improvement over time. The first victory was a memorable one: a 25-22 triumph over the Broncos in the first ever M1 derby. The 14,438 who attended that day set a club record. No Giants or Seagulls team ever drew more at Seagulls Stadium and they rarely came close.

There was a raft of other problems, including the Broncos and the state border, sponsorship that fell through, promises made and broken and multiple legal disputes. The Giants needed help and they got some.

The King and catastrophe: The Gold Coast Seagulls, 1990-95
It was a new decade, the Seagulls Leagues Club were finally on board – hence the name change – and optimism abounded.

The Giants’ improvement in 1989, coupled with the acquisition of representative players Phil Daley and Brett French for 1990, boded well. Despite a difficult 1990 season, the club’s average attendance grew and by the end of the campaign the Seagulls had confirmed the signing of the King of Queensland, Wally Lewis. This wasn’t going too badly, right?

As regular readers know, I’m a Dragons supporter. But growing up in Northern NSW, the Seagulls were my second team. I loved the jersey, I loved ramshackle Seagulls Stadium and, circa 1994, I was convinced Russell Bussian was the next big thing. I was blissfully unaware of what was really going on.

The history of the Seagulls is like a season of Game of Thrones. As soon as somebody looked like getting the castle under control, they were cut down and the villagers fled for their lives.

King Wally’s arrival at Seagulls Stadium saw attendances rise by 29 per cent and the team turned in some promising early performances, losing narrowly away to defending premiers Canberra and beating Newcastle in Newcastle. But the season ended with 13 consecutive defeats, the wooden spoon and the resignation of coach Malcolm Clift.

Things didn’t get better. They were again wooden spooners in 1992, before turning in a historically awful 1993 season in which they lost 21 of 22 matches. Then-coach Wally Lewis subsequently departed the club amid a bitter and public war of words with management.

While results improved slightly over the following two seasons, the club was experiencing extraordinary off-field instability. A succession of administrators and coaches came and went. In late 1995, Graham Eadie was appointed coach, took one look at the joint and beat a hasty retreat. Between 1988 and ‘95, there were seven CEOs.

In 1994 and ’95, the Seagulls were forced to replace most of their roster, with players leaving for better, more stable prospects elsewhere, including the 1995 expansion clubs.

A more stable operation could’ve built a half decent side in the mid-1990s. This is a team of young players who debuted for the Giants, Seagulls or Chargers and promptly left the club between 1988 and ‘97. There are eight State of Origin representatives here – what might’ve been.

In August 1995, the Seagulls Leagues Club pulled its financial support for the team. Seagulls was haemorrhaging money – almost $2 million per annum according to some sources – and probably reached the very reasonable conclusion that the team was an irretrievable basket case.

The Seagulls were finished and rugby league on the Gold Coast was on life support.

Amid all the gloom and chaos, there were good times. The King signed off with the winning try in his final game against Penrith in August 1992. The highlight of the Seagulls’ existence was surely the 25-12 victory over the defending premiers Brisbane at Carrara in Round 2 of the ’94 season.

In Part 2, I’ll look at the strange circumstances leading to the birth of the Gold Coast Chargers and put forward a theory about the Titans’ malaise.