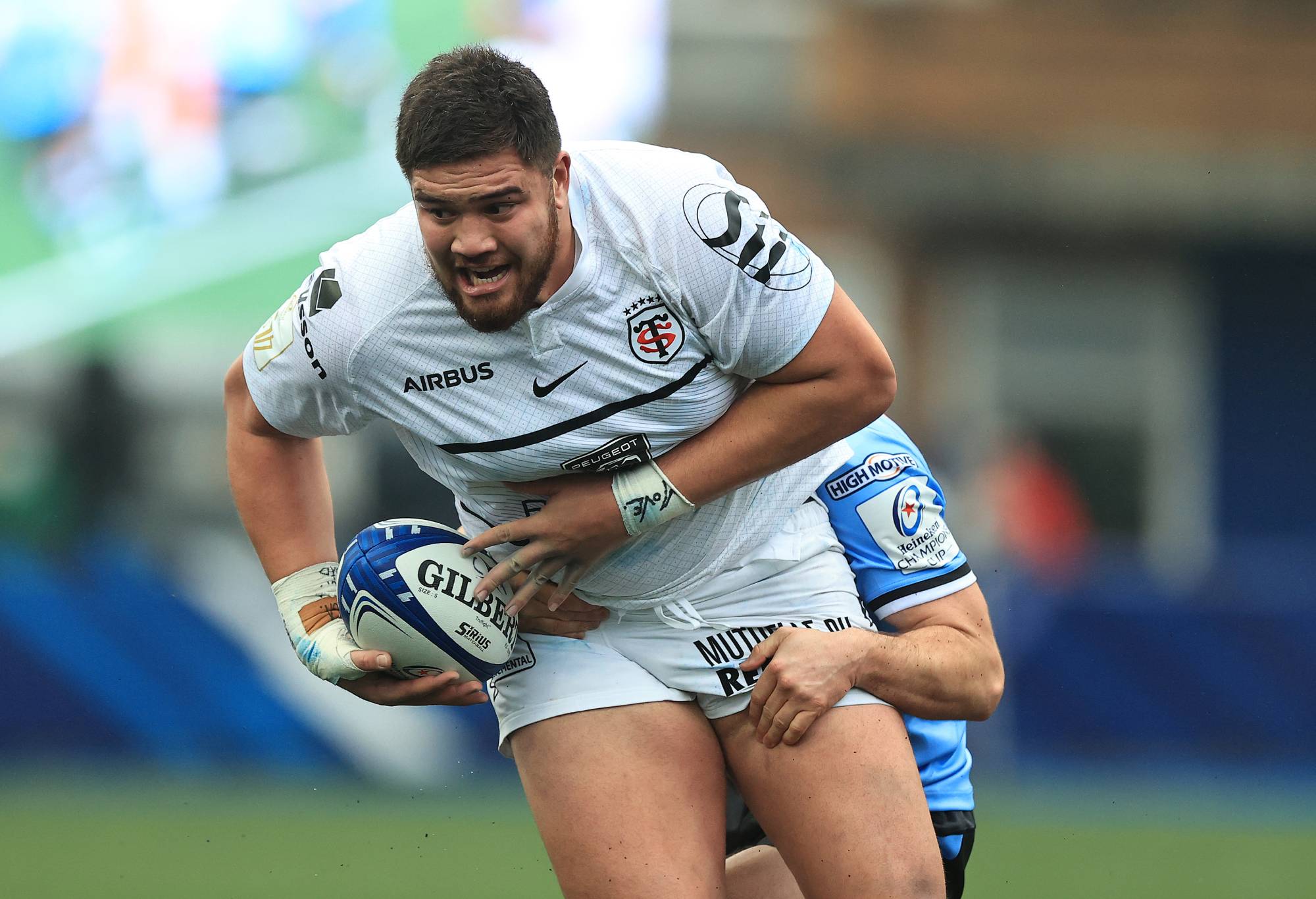 Former Melbourne Rebels academy prospect Emmanuel Meafou grew up wanting to play Super Rugby and for the Wallabies – now he’s made it clear he would jump at a chance to play for France and has had talks about his future with key coaching staff.

The 23 year old giant – who weighs in at 145kg and stands Will Skelton tall at 203cm – arrived at Top 14 club Toulpouse having flirted with NFL after successfully being scouted through the American sport’s international pathways.

Unwanted by Super Rugby clubs, Meafou thought his rugby aspirations were over but he was scouted by several French outfits and has gone on to win the Top 14 title and European Champions Cup with Toulouse.

Speaking on Le French Rugby Podcast, Meafou said he would jump at the chance of representing his new homeland.

“Oh man, I want to play for France,” Meafou said. “France is definitely on my radar. There’s been a little bit of discussion around it and I’ve been working around getting my passport, but I want to play at top level.

“I’ve been here now for over three years now so I would definitely love to play for France – if that came up I would definitely say yes to that. Until then, I want to play some good rugby for Toulouse and see what comes from it.”

Meafou, who was pushing 157kg when he had his NFL trial, has brought his weight back down and he suggested French assistant coach William Servat was keeping him honest.

“Servat, one of my first years here, was the forwards coach we have constant conversations about [my future] and he gives me tips about keeping my weight down and continuing to play in the way I’ve been playing,” said Meafou.

He revealed he had also discussed his ambitions with French head coach Fabien Galthie.

“I’ve spoken to Fabien once and that was to gauge where my head was at and seeing what my aspirations were as a rugby player – nothing too serious but I’ve spoken to him,” said Meafou.

“We see Will [Servat] at the club – we say hello he always squeezes my stomach and asks me how much I weigh.”

With a set of six straight matches now against New Zealand opponents, the defensive improvements Coleman has brought to the Tahs are set to be tested on another level.

On Saturday, before the team’s latest win over the Force, Coleman called up the Wallabies’ Kiwi coach Dave Rennie to ask advice about to brace for the approaching storm.

The Tahs kick off Super round in Melbourne on Friday against the Chiefs.

“I dug into them a lot. I had a really cool conversation with Dave Rennie. I thought if anyone is going to know the Kiwis’ psyche and how to pull them apart it would be him – I don’t know when he said “us” and “them” which one he was talking about!

“He’s a good man. He’s a ripper of a bloke. He’s been a good sounding board for me as have all the Wallabies staff – Wisey [Scott Wisemantel] and Matty Taylor, they’re awesome blokes.

“Obviously I’m a first year coach having a crack at this and going in at my first shot at the Kiwis.

“I wanted to bounce some ideas off him and figure out how we’re going to attack these fellas. He had his own ideas a bit more around their psyche and it was helpful.”

“When he talks about their psyche it’s about their thinking and how they want to approach the game,” Horan said on Stan Sport.

“How quick they are with their skill sets, how they tackle, they want to play an up tempo game and all the Australian teams are going to have to play another two or three notches above to match these Kiwi teams.”

The Waratahs spent a lot of their preparation time this season on defence and have made a marked improvement.

As pointed out by Iain Payten in the SMH, the Tahs conceded an average 53 points in Super Rugby TT and 36.5 in Super Rugby AU last season – this year they are conceding 20.3 ppg and their tackle effectiveness os the best in the competition at 89 percent.

“That has been our mantra, if we can build our team on defence and toughness you are in there with a fighting chance,” Coleman said.

The Tahs might have their best chance of claiming a NZ scalp against an injury rocked Chiefs, who are one point below them on the ladder.

Shaun Stevenson was forced from the pitch with a knee injury early in the second half of the 45-12 win over Moana Pasifika, while Brad Weber is in doubt and All Blacks Brodie Retallick (thumb) and Anton Lienert-Brown (shoulder) are sidelined.

Rugby Australia will be cautiously optimistic in the wake of Suli Vunivalu’s return to Super Rugby action and his declaration that he’s keen on pursuing the game through to the World Cup.

Out of contract at the end of this season, the injury plagued former NRL star has been the subject of intense speculation that he might return to the 13-man game with Wayne Bennett’s Dolphins.

The superstar winger played his first game in nearly a year in the win over Melbourne Rebels on the weekend.

“It was a bit emotional,” Vunivalu told AAP.

“It’s been a long and frustrating process so it was good to be back playing again.

“This is where I played so many games so I was excited to get back home.”

He added: “Yes, I’d love to play in the World Cup. This is my last year on my contract so I’m just trying to focus on playing good footy.

“There’s been rumours around (about league) – I’m not sure if my manager’s not telling me anything – but I’m just trying to get back to playing again and let my footy do the talking.”