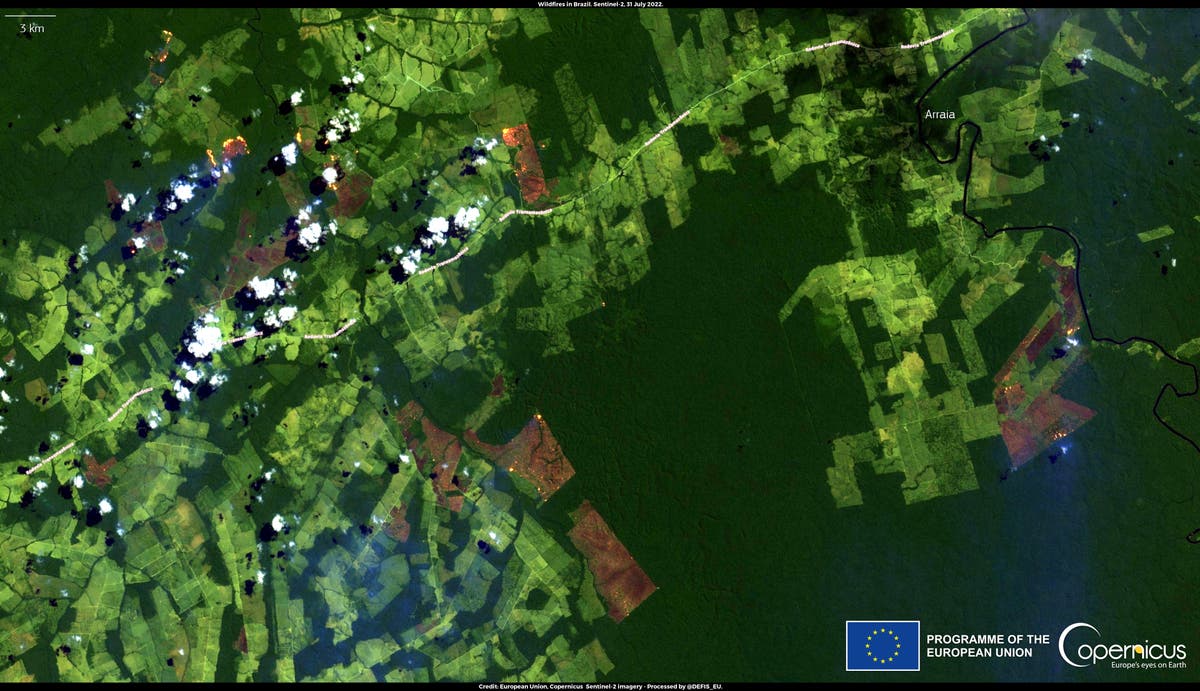 This satellite picture shows the rash of fires burning down vast swathes of Brazil.

The blazes are producing smoke plumes that engulf the skies of the Amazonas region and poison the air.

According to the National Institute for Space Research of Brazil (Instituto Nacional de Pesquisas Espaciais, INPE), the number of active hotspots detected in July 2022 in Amazonas, northern Brazil, was the third highest recorded since 2006.

This image, acquired by one of the Copernicus Sentinel-2 satellites on 31 July 2022, shows active fires and smoke close to Apuí, a municipality located in eastern Amazonas.

The Copernicus Sentinel satellites are a key component of detecting active fires and assessing the damages caused.

Deforestation in Brazil’s Amazon rainforest reached a record high for the first six months of the year, as an area five times the size of New York City was destroyed, preliminary government data shows.

From January to June, 3,988 square km (1,540 square miles) were cleared in the region, according to the national space research agency INPE.

That’s an increase of 10.6% from the same months last year and the highest level for that period since the agency began compiling its current DETER-B data series in mid-2015.

The Amazon, the world’s largest rainforest, contains vast amounts of carbon, which is released as trees are destroyed, warming the atmosphere and driving climate change.

Deforestation is creeping deeper into the forest. In the first six months of the year, Amazonas state in the heart of the rainforest recorded more destruction than any other state for the first time.