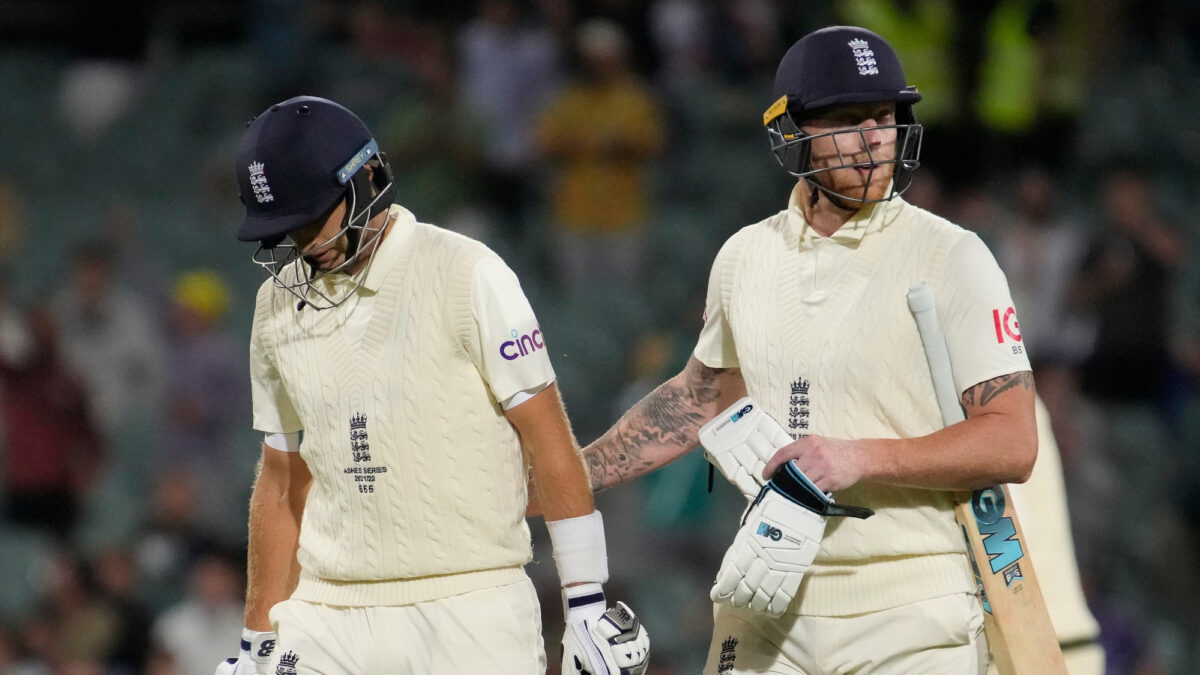 But a shock alternative has been named as an alternative choice, with former England batter Nick Compton endorsing Stuart Broad for the top job.

Speaking to Sky Sports, Compton, who played 16 Tests for England between 2012 and 2016, said the veteran fast bowler would bring a ‘winning mentality’ to the job, while expressing concerns over Stokes’ current form since returning from injury during the Ashes.

“The guy that I put forward is Stuart Broad, I think he’s the right man in this difficult phase,” Compton said.

“He has the experience and that winning mentality. He’s perhaps in the twilight of his career; he’s seen a lot and he’s been through a lot and in the last year or so.

“We’ve seen a guy who has upped his own game, along with Jimmy Anderson.

The one thing you can say about Stuart Broad, is when you need him, he stepped up. There’s no doubt about that.”

The move would be an extraordinary one for England’s board to tick off, given Broad’s controversial axing from the squad that lost 1-0 in their tour of the West Indies in March.

The 35-year old has previously captained England in T20I cricket, but stepped down following their group stage exit at the 2014 World T20, which including a humiliating defeat to the Netherlands.

Chief among Compton’s concerns for Stokes’ captaincy claim is the all-rounder’s slow return to form following a break from the game in 2021 due to injury and mental health concerns.

“He’s had a lot on his plate recently, he was out and probably rushed back into the Ashes a little bit too quickly,” Compton said of Stokes.

“He’s finding his feet again. We need Ben Stokes performing on all levels; bowling, batting and being the brilliant fielder that he is.”

“I think it’s a little bit early right now. I would like to see Ben go out there and just keep performing for England, get himself in a good place because we know when his mind is on it, he’s arguably one of the best cricketers in the world.

“I don’t think it’s the right time for him to take on this responsibility.”

However, a trio of former England captains have had no qualms in endorsing Stokes for the role, with Nasser Hussain, Michael Atherton and Michael Vaughan naming the all-rounder as their preferred Root replacement.

Atherton is staunchly opposed to the floated idea of naming a specialist captain from outside the usual Test squad, while admitting concern as to whether Stokes could match Root’s ability to maintain excellent form despite the team’s struggles

You’ve got to pick somebody who is worth his place in the side. I think the days are long gone where you could have a Mike Brearley-type figure, who wouldn’t necessarily be a first-choice pick,” Atherton told Sky Sports.

“Just because of the scrutiny, you need to be worth your place in the side, so Ben Stokes is the obvious candidate.

One of the great things about Joe Root is the way that he kept his own personal form up under the scrutiny and under the pressure and the demands of captaincy.

“Whether Ben Stokes, if it comes his way, can do that is an unknown. It didn’t sit well with other all-rounders that have come before him like [Ian] Botham and [Andrew] Flintoff, but that’s not to say that it won’t sit well with him, but you just never quite know until you have a go.”

Stokes has already captained England at Test level, filling in for Root in a Test against the West Indies in 2020 when he attended the birth of his first child.

Hussain endorsed the all-rounder’s ‘smart cricket brain’ on Sky Sports, but urged the England Cricket Board to ensure Stokes is mentally up for the job before naming him as captain.

“Stokes has done some phenomenal things as a cricketer and has a very smart cricket brain. He showed that in the World Cup final, he showed that at Headingley, the way he works through difficult times,” Hussain said.

“He showed that when he’s taken over occasionally from Joe Root.

“The difficult thing for Stokes is the point I made about the toll it takes on you as a captain. You have to be in the right place mentally and physically.

“Obviously, Ben’s been through some issues mentally off the field of late, and if I was the new managing director of cricket, the very first journey I would be making would be to go and have a cup of coffee with Ben and ask him where he is with his game, with his life away from his game to make sure he’s in the right place.

“Root is the sort of guy would play under anyone, but Root would give his everything for Stokes.”

Ben Stokes reacts during the first Ashes Test at the Gabba. (Photo by Chris Hyde/Getty Images)

However, should Stokes not be chosen for the job, Hussain agreed with Compton that Broad should be next cab off the rank.

If Stokes is not in the right place, then short-term Stuart Broad has an excellent cricket brain, is a real fighter, a real competitor, and he’s got a point to prove after what’s happened in the last few months,” he said.

“We know what Broad is like when he’s got a point to prove.

“Pat Cummins has led Australia as a bowler brilliantly, so in the short term, I can see Broad doing a similar thing.

Writing in The Telegraph, Vaughan was even firmer on Stokes, saying his ‘will to win’ makes him perfect for the captaincy.

“There is only one person that should take over the Test team now and that is Ben Stokes,” Vaughan wrote.

“When someone takes over the mantle, you have got no idea what they will be like. But he’s got a great cricket brain – you can see that when he bats. And his will to win is incredible.”

However, Vaughan urged the ECB to ensure Stokes has sufficient support staff to take some of the pressure off him – and tell him when he’s trying to do too much.

“The challenge [of captaincy] will be even greater for Ben because he is a proper allrounder,” he wrote.

“The biggest fear with giving the captaincy to an all-rounder, who thinks they need to do it all themselves, is they will burn themselves out.

“We saw that with Andrew Flintoff when he was Test captain. In 2006, he bowled 51 overs in an innings to try to force a win against Sri Lanka. What Ben will need around him is people who tell him: “Ben, you can’t do everything.”

“My slight worry is that Ben will try to do everything – he will not get his own performances right if he goes in with that mentality. It is just about getting the right people in the right positions – England have a lot of support staff, who they need to get right. And Joe Root could be his biggest ally.

“He will not be the vice-captain but he will be able to give Ben his honest feedback day in, day out. They are very close.”

Stokes took to Instagram to pay tribute to close friend Root shortly after his resignation announcement.

“Watching one of my great mates lead us all out on to the field was a privilege,” Stokes wrote.

“You have given everything to English cricket and we all want to say thank you for your sacrifices and hard work.”