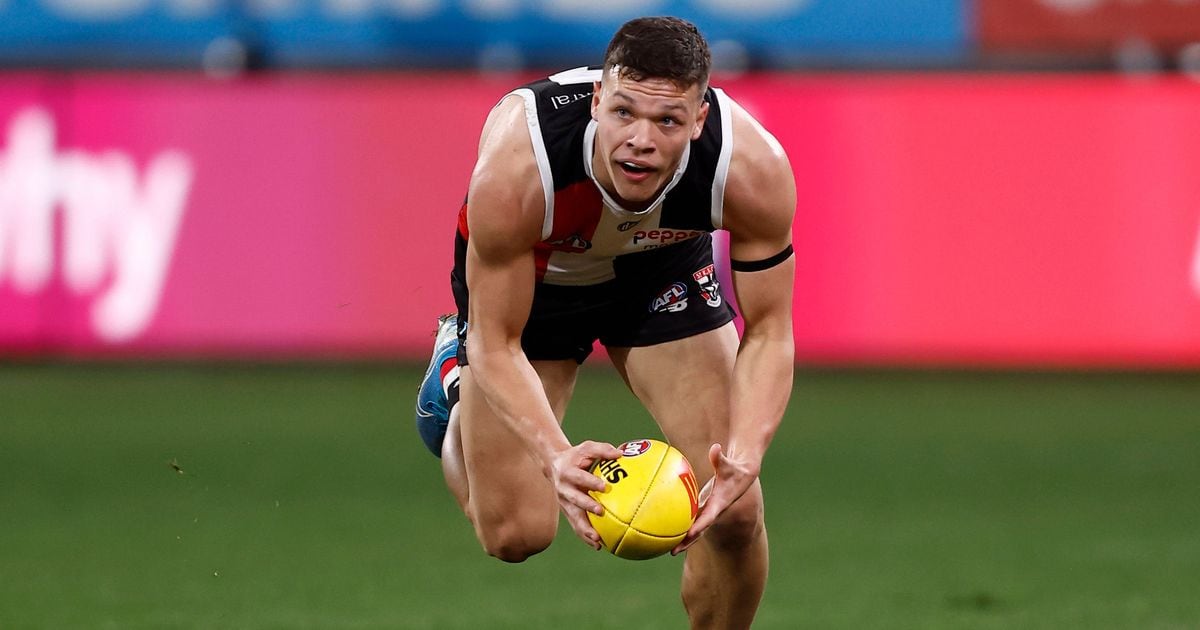 The youngster made his debut in the round four win against the Hawks and has been a consistent performer in his first year at the Saints, playing 17 of a possible 21 games.

The 19-year-old was terrific in his tagging role against Brisbane Brownlow medalist Lachie Neale, keeping the on-baller to a season-low 16 possessions, whilst also collecting 21 disposals on his own in an impressive display.

Windhager put his name up in lights back in round 19 when he kept West Coast star midfielder Tim Kelly to only four possessions.

The 185cm midfielder was recruited from the Sandringham Dragons with pick no.47 in the 2021 NAB AFL Draft.

Geelong had placed a bid for the St Kilda Next Generation Academy product, which the Saints promptly matched after the youngster had impressed playing for Vic Metro before sustaining a back injury.

Before the injury ended his season, recruiters were bullish that Windhager would be selected in the top 30 after showcasing his athleticism, power, and versatility around the midfield contest.

Windhager was also a promising junior basketballer, representing Australia in the 2018 FIBA Under-15 Oceania Basketball Championships.

In July, Windhager signed a two-year contract extension that will see him remain at St Kilda until the end of the 2025 season.