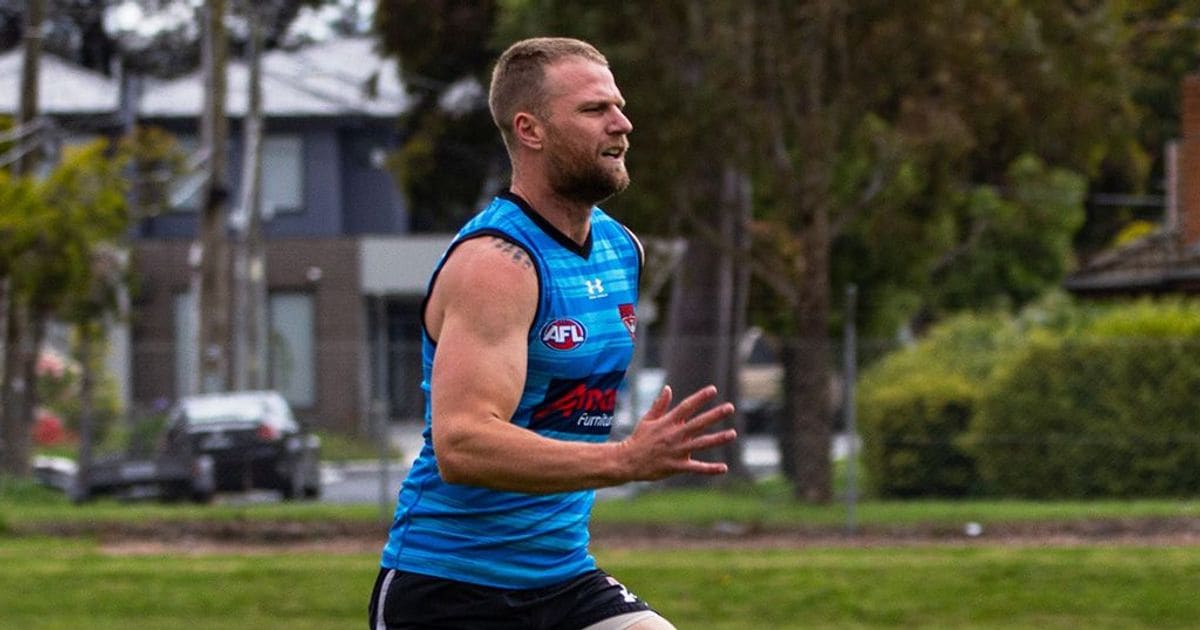 ESSENDON star Jake Stringer was on light duties as the Bombers stepped up their match simulation at Thursday’s training session, with two train-on players impressing in their bid for a spot on the club’s list.

Stringer, who kicked 41 goals from 19 games last year, was on modified training as he deals with some groin soreness but is expected to be back into full training in coming days.

The Bombers had a largely fit list complete the near three-hour session at Tullamarine, with Harrison Jones (ankle), Kyle Langford (shoulder) and Michael Hurley (hip) among those who trained away from the main group.

Ruckman Sam Draper was a standout across the session, with the 23-year-old dominant around the ground and also pushing forward to kick an on-the-run goal from outside 50 during the match drills.

Former Adelaide defender Jake Kelly showed he had settled into the Bombers’ back half well to add further hardness to the defensive group, while first-round draft pick Ben Hobbs looked comfortable matching it with Essendon’s group of gun midfielders including Darcy Parish and Zach Merrett.

The versatile Matt Guelfi impressed spending time on the wing while Merrett and Andrew McGrath were stationed across half-back at times whilst not in the midfield.

Bombers recruiting bosses Adrian Dodoro and Rob Forster-Knight were on hand as a decision looms on the club’s list with the March 9 deadline for pre-season supplemental selection period signings.

Tex Wanganeen, the son of Essendon and Port Adelaide champion Gavin, shone across the session after being overlooked in last year’s draft and will come under sharp consideration. Wearing his father’s famous No.4 jumper, Wanganeen played across half-forward and was clever and classy with the ball, including kicking a goal.

Nick Martin, from Subiaco, also trained well as a medium forward, taking the eye with his overhead marking and leading patterns.

The Bombers will play the Western Bulldogs in a practice match at The Hangar on February 23 in their first competitive hitout ahead of the start of the season.