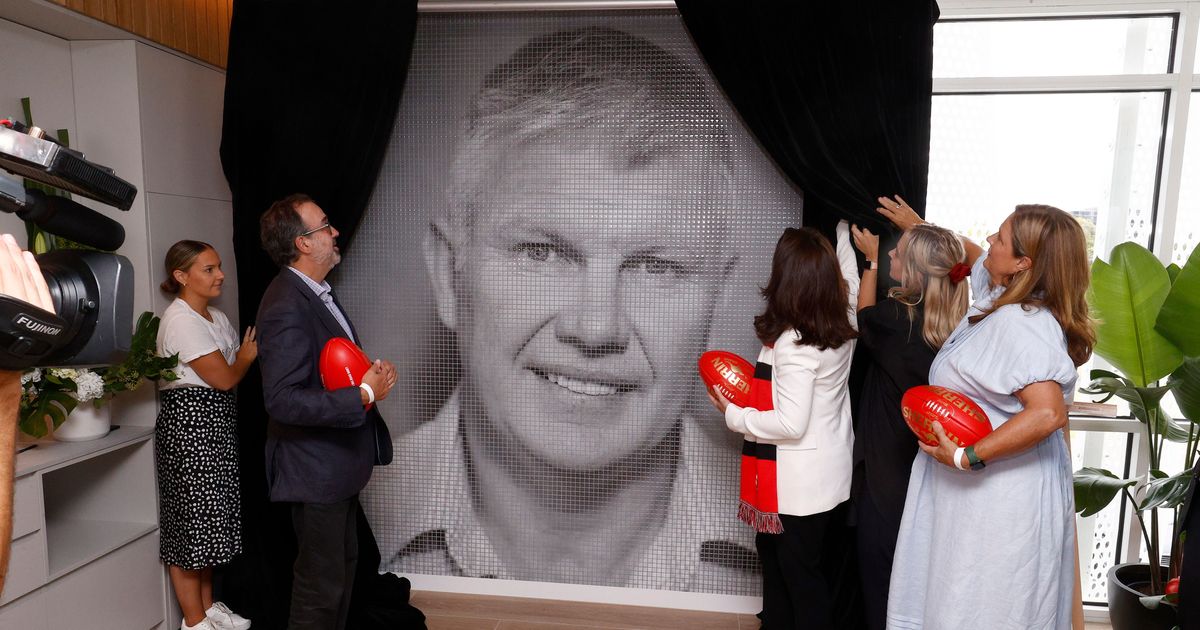 ST KILDA has opened the doors to the Danny Frawley Centre for the first time on an emotional morning for the Saints and those closely associated with the former skipper.

Less than 15 months after breaking ground in Moorabbin, the dedicated centre for health and wellbeing has been unveiled on the eve of the 2022 season.

Frawley, who played 240 games for St Kilda in the 1980s and 1990s before his tragic passing in late 2019, was a high-profile advocate for mental health and dreamt of creating a facility at the Saints’ spiritual home that could help current and – most importantly – past players who are struggling with life after football.

The man who wore the famous No.2 guernsey – which has been retired and will hang in the Danny Frawley Centre – pestered Finnis for a long time about opening a facility to support mental health. He sold the message to those who could fund it, while Finnis chased the cheques. Now his legacy will live on at a place he called home for more than a decade.

“I think Danny would be pretty up and about today,” Finnis said at the Danny Frawley Centre on Tuesday afternoon.

“I think that Danny would recognise that and be proud and tickled pink by that.”

Finnis has overseen widespread change at St Kilda since he became the chief executive in April 2014. The former head of the AFL Players’ Association has been an integral part of championing the LGBTIQ cause via Pride Round and led the Saints back to Linton Street following years of disconnect in Seaford.

But the establishment of the Danny Frawley Centre for Health and Wellbeing is understood to be the first of its kind in elite world sport and is expected to set a trend for others to follow, not just the AFL, but Australian sport.

“We think the idea of wrapping mental health and physical health together with the social connection which Danny stood for, and which football has the power to bring people together to really unite them is something we haven’t seen done anywhere in the world. If we get that right, we can make a difference,” Finnis said.

“I think the great thing about this facility is it will allow us to support our players, past and present, better than any other club. It is also ensuring our community has access to facilities and programs and services they wouldn’t have before in a place where it is OK to come and get some support. That’s what is unique about the Frawley Centre and we think the impact can be game changing.”

There will still be a Frawley involved in the centre that bears the famous surname. Anita has been integral in getting the project to this point, but it is their daughter Chelsea – St Kilda’s marketing manager – who will be hands on at the centre, while their other daughter, Danielle, is now studying to become a clinical psychologist.

Mental health has been a big part of the Frawleys’ journey, even before 2019. But after such a difficult two and half years for Anita and her three daughters – Keeley lives in America and plays college basketball for the University of Portland – the family is ready to start a fresh chapter.

“This is a new beginning for the girls and I. The last two and a half years it’s almost like we’ve just survived. Losing someone so tragically, it has been horrific,” Anita Frawley said.

“There are plenty of other families out there who are going through the same thing and we want to be able to let them know that you can survive if you get the right help.

“This building – what we’re doing – we can get you the help. I do feel that we’re going to be scarred for the rest of our life, there’s no doubt; you can’t lose Danny and not feel the pain. But for the first time, it’s kind of like a new beginning.

“It not only bears his name, but it does really encompass Danny when you walk in and see that mural. The girls and I took a long time to choose that photo because it shows the pain that he went through and it shows his vulnerability and you see that. I’m hoping that it makes people feel welcome and feel connected when they walk in. I get teary every time I walk in.”