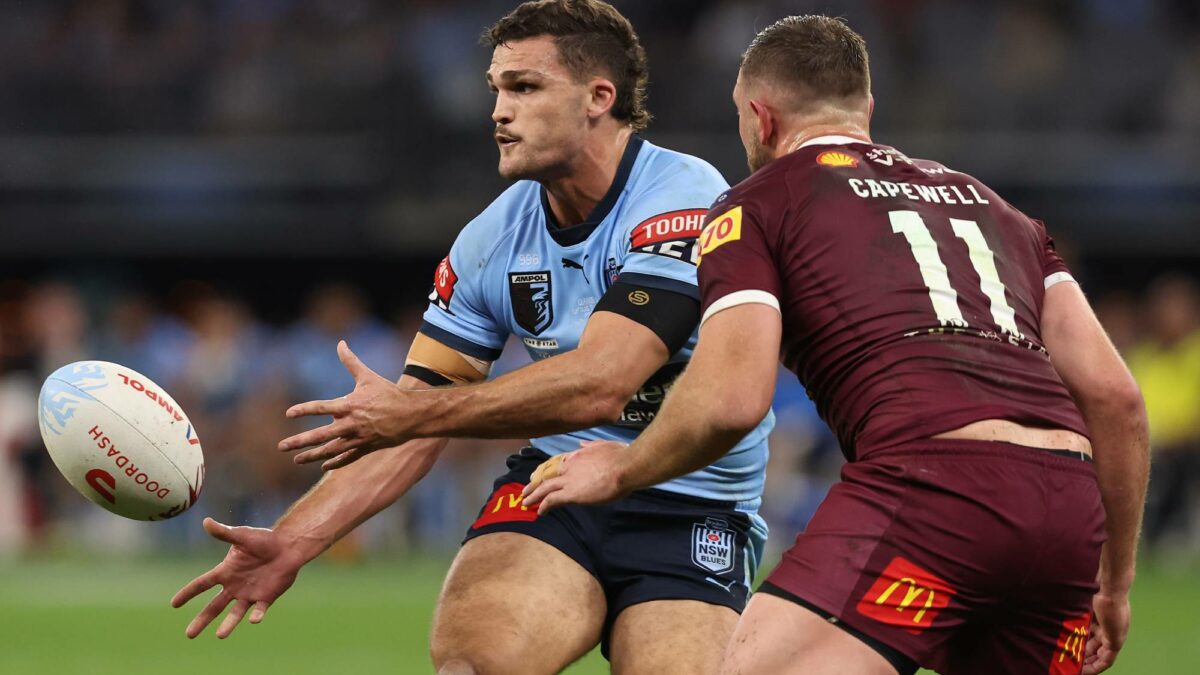 Nathan Cleary was voted the man of the match in State of Origin Game 2 after an inspired performance for the Blues against the Queensland Maroons setting up a mouth-watering decider in Brisbane.

After Queensland won Game 1, the Blues needed someone to step up and Cleary brushed aside a disappointing Sydney outing and plenty of criticism in the media to show his prowess.

Cleary set up the Blues first try of the night with a great grubber that found Matt Burton who also had an amazing game on debut.

Cleary scored two tries himself in the second half as the Blues ran riot in the 44-12 rout.

His tally of 24 points for the match was the second-best effort by a NSW player in history behind Ryan Girdler.

Perhaps more impressively, Cleary has now moved up to third for the most points for NSW in Origin with 84 points.

“Obviously we’re very happy, I’m just so stoked for Burto (Matt Burton) too, what a debut!” Cleary told the ABC.

“We knew we had a job to do, just really happy with that. One to go now.”

Cleary addressed the criticism he received after a lackluster first game.

“I just try and play my best for my family and teammates and the state we are representing. I’m very luckyand blessed to wear this jersey and now we have one more to go. Looking forward to that.”

“I think we can enjoy this, but we can’t be too pleased with ourselves. We have to keep working to be better. That was the statement from the last game. We have to be hungry and want it. There is one game to go. Tonight is great and we will enjoy this but there is still a job to do.”