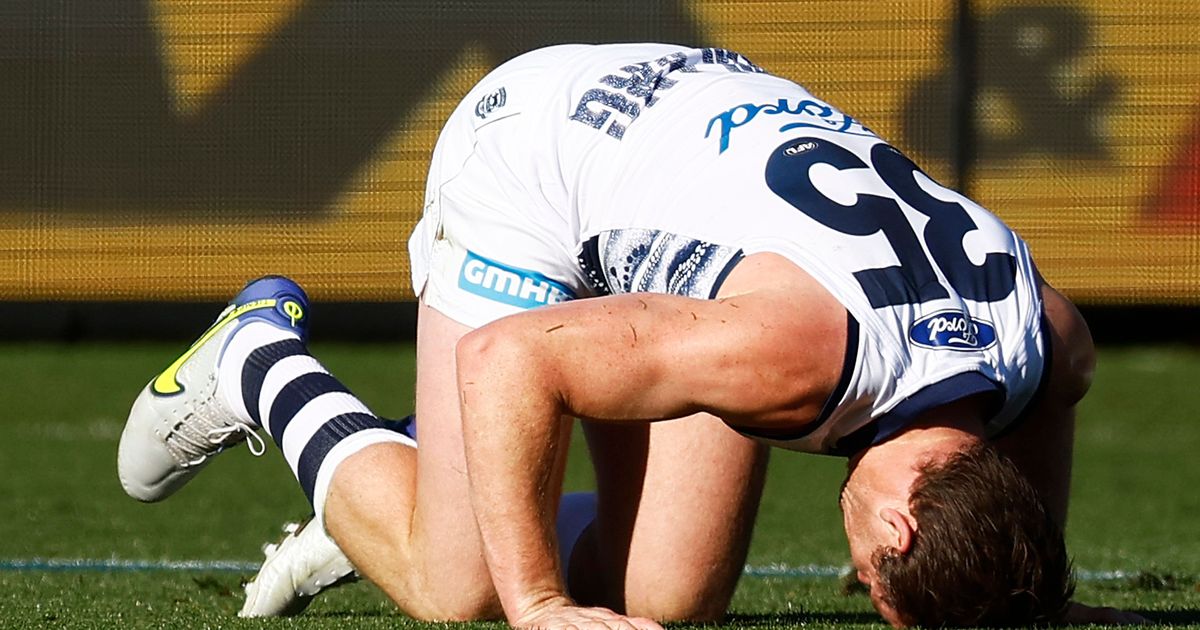 GEELONG superstar Patrick Dangerfield is set to be out of action until after the mid-season bye following a calf injury against Port Adelaide on Saturday.

The Cats will take a conservative route with their vice-captain, who is set to complete a conditioning block over the next couple of weeks in a bid to overcome the problem.

“It is likely that a couple of weeks of training now would better serve Pat and provide the conditioning base required for the remainder of the season,” head of medical and conditioning services Harry Taylor said.

“Our medical and performance team are continuing to monitor Pat’s status.”

Meanwhile, late withdrawals Rhys Stanley and Quinton Narkle will face fitness tests to determine if they will play against Adelaide this weekend.

Both players were unable to overcome ankle injuries in time for the match against the Power.

Sam Menegola (knee) and Jack Henry (foot) are continuing to show improvement as they close in on a return to play, although first-year player Flynn Kroeger suffered a fractured wrist in the VFL clash and will be out of action for several weeks.