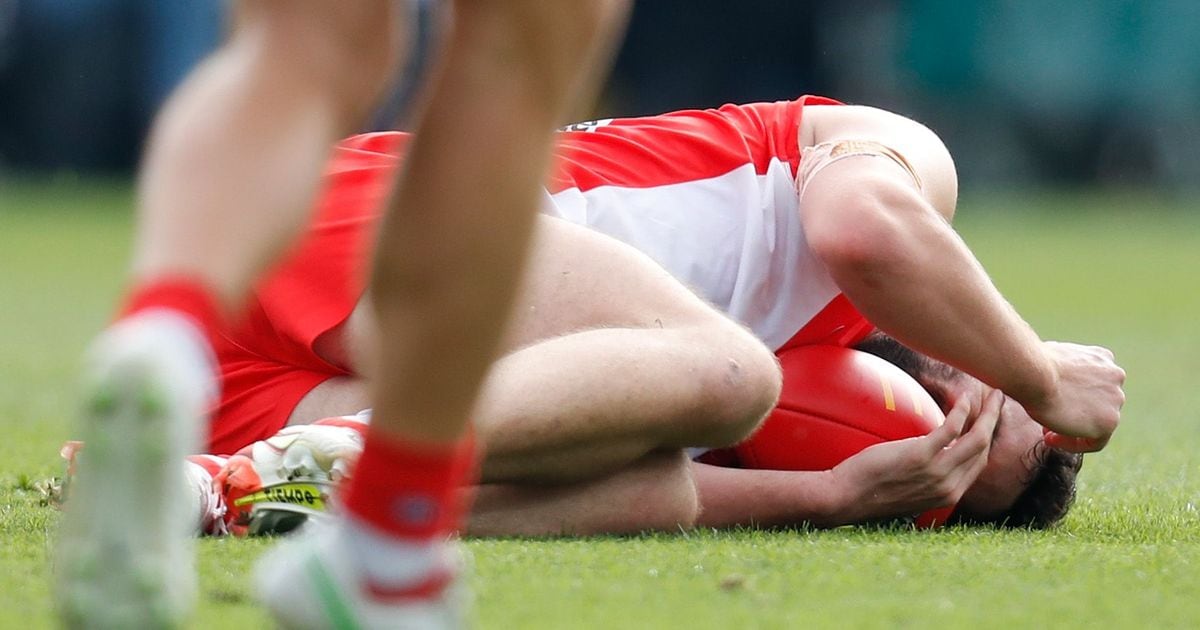 PADDY McCartin has been subbed out of Sydney’s clash with Hawthorn in Launceston after being involved in two heavy collisions.

McCartin was collected heavily in the second term after going back to spoil in a marking contest, but he recovered to play out the rest of the quarter.

However, he suffered a blow to the head from Chad Wingard’s knee in a marking contest early in the third term that prompted the Sydney medicos to take him from the field.

A distressed McCartin was seen talking to Swans staff in the rooms, before taking his boots off and being comforted by other officials.

The Swans confirmed early in the fourth quarter that McCartin had failed a concussion test, but that he was feeling OK. The 26-year-old will now enter the AFL’s concussion protocols, meaning he will miss at least the round seven clash against Brisbane next Sunday.

McCartin, the No.1 pick in the 2014 NAB AFL Draft, managed just 37 games in five seasons at St Kilda, due largely to complications from several concussions.

PADDY OPENS UP McCartin on his revived career after concussion nightmare

He was delisted at the end of 2019 and underwent treatment before joining Sydney’s VFL side in 2021. He made a successful return during an COVID-19 interrupted season, and was re-drafted by the Swans as a rookie in January this year.