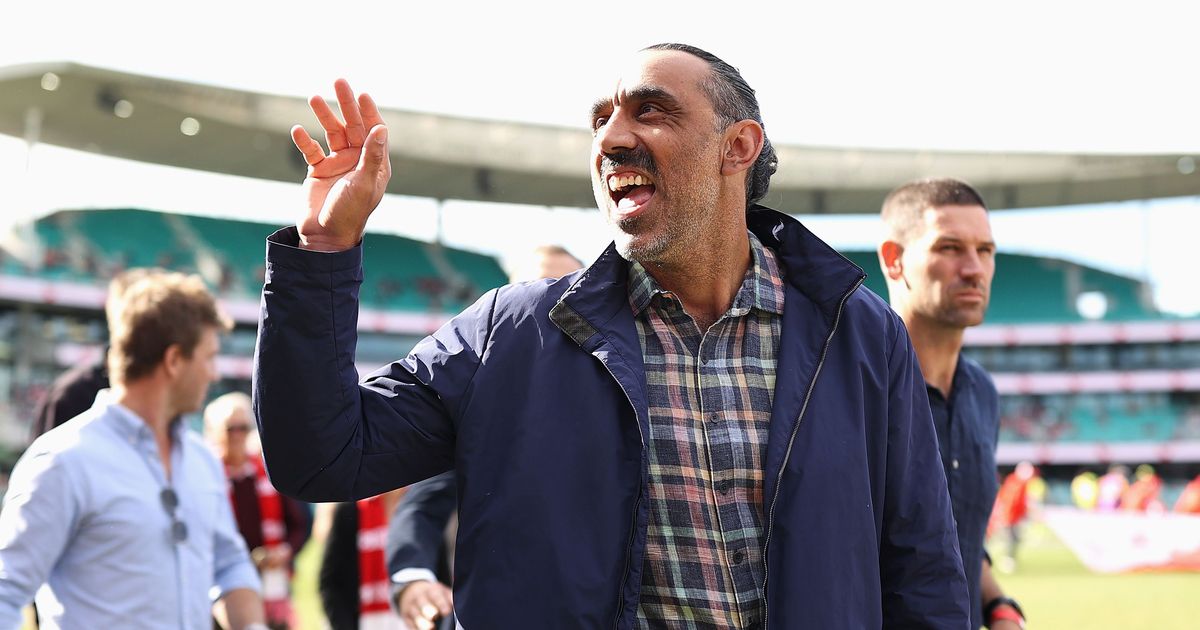 SYDNEY coach John Longmire will leave it completely up to Adam Goodes to decide when the he wants to return to Swans games.

Goodes joined former teammates at the SCG last Saturday to celebrate the 10th anniversary of the Swans’ 2012 premiership.

His appearance on the ground where he starred for 17 seasons was a heartwarming sight for many AFL supporters after the dual Brownlow medallist was booed out of the competition in 2015.

Goodes has since declined invitations to attend Brownlow Medal events and knocked back being inducted into the Australian Football Hall of Fame.

The 42-year-old still lives in Sydney and the Swans remain in touch with Goodes.

“We speak to Adam a fair bit, it was more about from a public perspective coming to the game,” Longmire said on Tuesday.

“We’ve got a good relationship with Adam, so it was great to see him at the footy, good to see him with his mates.

“He’s got a lot going on in his life at the moment, got a couple of little kids and he’s enjoying that.

“He had a great time with the boys on the weekend which was great to see.”

The premiership heroes, barring current players Josh Kennedy, Luke Parker and Sam Reid, formed a guard of honour for the Swans as they ran out to face Gold Coast.

“Great to catch up, although it would have been good to have a really strong game and finish off on a better note than what we did (in the upset loss against the Suns).”

The Swans could welcome back important ruckman Tom Hickey for this Saturday’s vital clash with Essendon at the SCG.

Hickey returned from a knee injury via the VFL last weekend, collecting 23 possessions and kicking a goal in Sydney’s 70-point win.

“He got through and has pulled up very well, so he’s a chance this week and we’ll make that decision in the next couple of days,” Longmire said.

“We feel like it’s an area we can explore with two rucks (Hickey and Peter Ladhams)…it depends on the opposition on what we feel like those guys can do.”

Sydney is coming off back-to-back losses at home after sitting inside the top-four at 5-1 after the round-six win against Hawthorn.