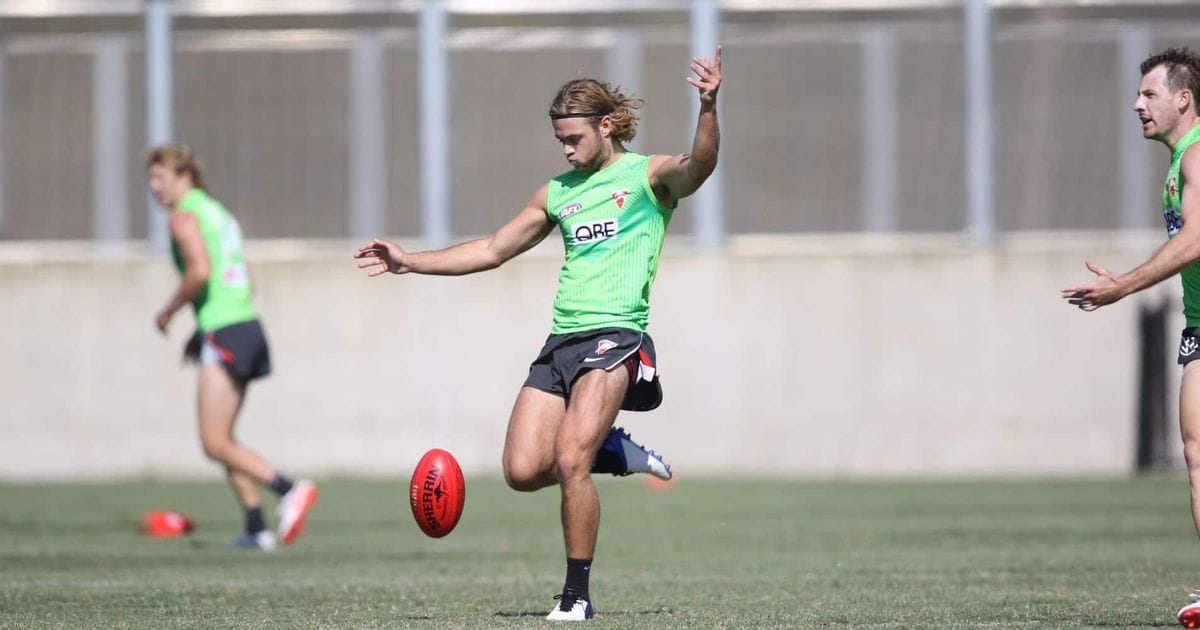 SYDNEY has revealed three of its brightest talents are battling with injuries just five weeks away from round one.

Mills, who was last week elevated to co-captain alongside Luke Parker and Dane Rampe, only played one of the Swans’ final four matches in 2021 as he battled an Achilles issue and appears to still be struggling with the issue.

The club said in December he was ahead of schedule, but he has still yet to join in full training ahead of their first practice match against GWS on February 25.

“We have spent a fair bit of time with Callum throughout September and October working on his strength,” head of physiotherapy and medical services Damian Raper said.

“He started running towards the backend of last year and slowly build up his training loads, and is on a modified training program at the moment and working on getting him back into match play.”

Rowbottom had surgery after fracturing a metacarpal during an intraclub match with the club set to provide an update on his recovery timeframe next week.

Florent suffered a lateral ankle sprain and has spent a few days in a moonboot, but is expected to return to training next week.

Meanwhile, Sam Naismith is progressing well from his knee reconstruction and youngster Marc Sheather remains on modified duties after suffering a stress fracture in his foot.