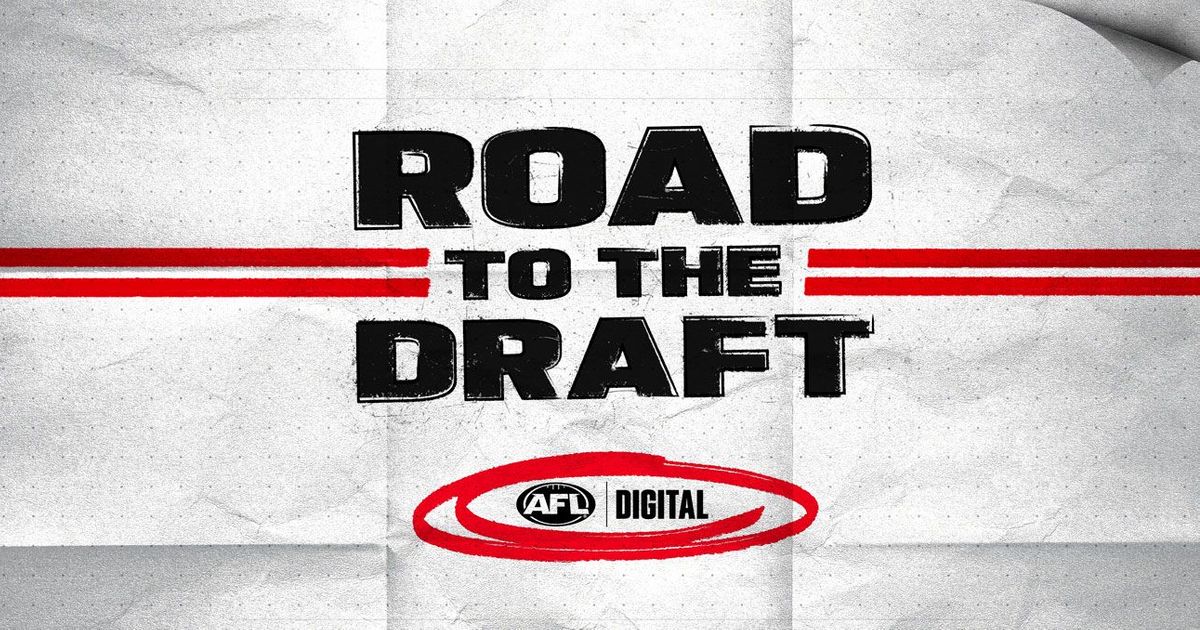 A DRAFT smokey has risen into top-30 considerations.

Tune into this week’s Road to the Draft podcast, with hosts Cal Twomey and Nat Edwards, for the latest on an emerging son-of-a-gun who has pushed into the early reckoning for recruiters.

The team also go into detail on Cal’s top-30 Phantom Form Guide and who nearly made the list and the latest on the potential candidates at the top of the draft.

Plus, Gippsland Power prospect and potential top-10 pick Bailey Humphrey joins the show to discuss his season and form since coming back from injury and the clubs who are keeping an eye on his campaign.

1:05 – Cal explains his top-three selections in the Phantom Form Guide and why clubs could be deciding between two talented prospects.

5:00 – What’s behind the rise of some of the top-10 talents and could their ascents continue before November’s draft?

10:50 – The latest on possible bids for father-son prospects at Essendon, Brisbane and Adelaide.

13:45 – What will an ACL injury mean for a gun forward’s draft position?

19:30 – Bailey Humphrey joins the show to chat about his development this year and draft hopes.

21:00 – Humphrey talks about his knee injury and watching the championships from the sidelines.

24:30 – The star Blue that Humphrey likes to watch and mould his game on.

31:00 – The 17-year-old discusses his inspiration in making it to the top level.