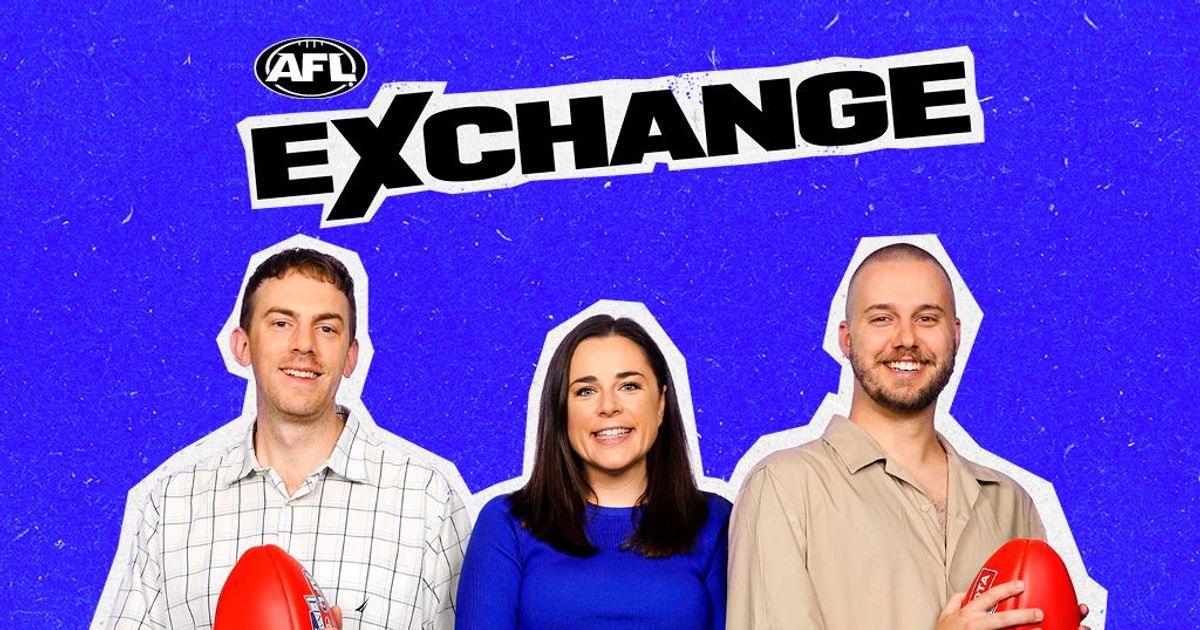 With three home and away rounds remaining in this season, we are only slightly closer to knowing which teams will make up the look of the final eight.

The evenness of the competition suggests there are still plenty of twists and turns in the final 27 home and away matches of season 2022.

Join Sarah Olle, Cal Twomey and Riley Beveridge as they get out the ladder predictor this week on AFL Exchange to give you their version of this year’s finishing order before September.

Are you putting a line through Brisbane? After a hot start to 2022, will Carlton fall out of the final eight? How high will the Magpies finish after another close victory over the weekend?

Away from the finals machinations, where has the improvement come from at Essendon? Is Ken Hinkley the man to continue leading the Power and how can North be creative during this year’s Trade Period?

Subscribe to AFL Exchange now – wherever you get your podcasts – and don’t forget to tune in to the full show on Monday nights from 6.10pm AEST, as well as on Thursday mornings where we answer your questions on Exchange Extra.

1.15: Are you putting a line through Brisbane’s flag chances?

6.27: With three rounds to go, what does the top eight look like after round 23?

9.50: What does Carlton need to do to turn its season around?

23.05: What should Port Adelaide’s off-season focus be?

38.00: How should North Melbourne be approaching its priority pick discussion?