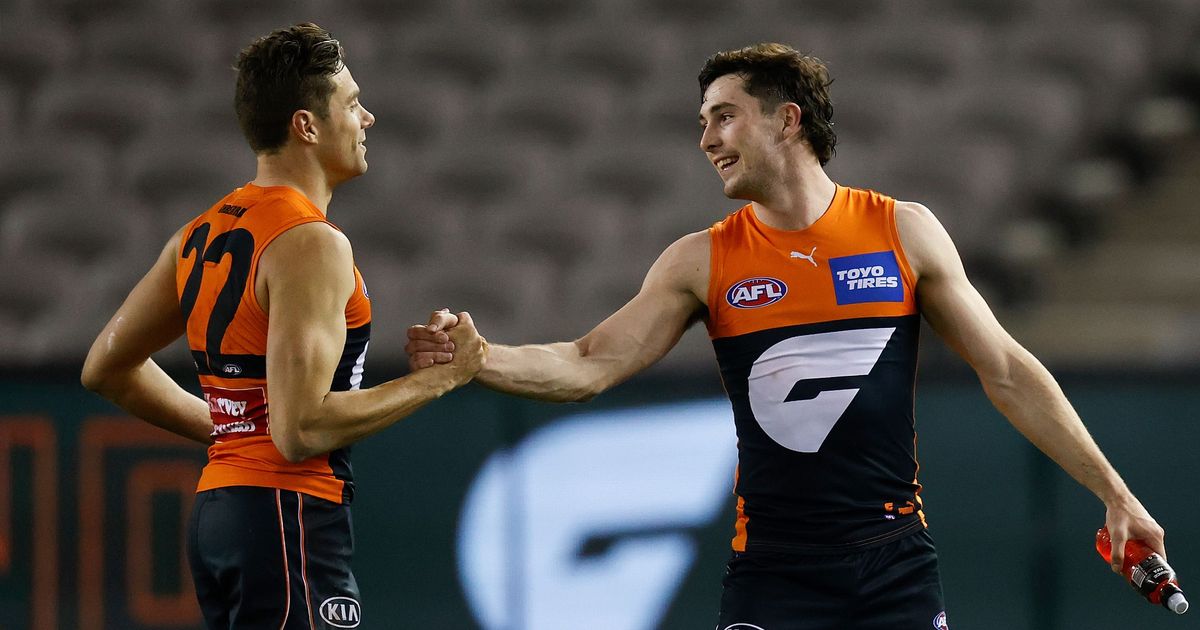 With multiple players capable of averaging 110-plus the Greater Western Sydney is always one of the most exciting Fantasy teams in the competition.

The Giants certainly have a lot to offer in the season ahead, from break-out contenders to a list of multiple premium players capable of huge things, so… what can they produce?

Tom Green (MID, $602,000) had an interesting year scoring three Fantasy tons, but due to limited time on ground and midfield opportunities, he also had three scores under 50. Green enters his third season and some believe he is one of the break-out contenders in 2021.

With a career-best average of 114 from 2019, Fantasy defenders don’t come much better than Lachie Whitfield (DEF/MID, $795,000). Whitfield dropped his average under 100 for the first time in four years mainly due to a lack of pre-season and an injury in round 17 when he left the ground on 28pts. He’s one of the best in the business and under-priced, but his durability is always a concern as he has missed 18 games over the last three years.

You don’t gain forward status without playing up forward and that’s exactly what happened to Tim Taranto (MID/FWD, $904,000) last season. In some games he spent a significant amount of time forward and his score of 67 and 51 in rounds 19 and 20 reflected that.

Expect Taranto to be a full-time midfielder just like he was at the start for the season that saw him average 115 before his bye. However, Toby Greene is missing early games and if there is a slight chance that he’s playing up forward, he needs to be an upgrade target only.

We all love a player entering their third season and Lachlan Ash (DEF/MID, $652,000) ticks that box this year. He started last season strong, averaging 88 before his bye, but struggled after the break, averaging just 64 in the remaining games. He demonstrated his scoring ability in round six when he scored 146 against the Bulldogs and is one of the front runners to have a break-out season.

Playing as a defender/midfielder in the NAB league last year, Finn Callaghan (MID, $286,000) averaged 89 and was then drafted at pick No. 3 by the Giants. In his final three games of the season, he dominated as a permanent midfielder averaging 30 possessions and 111pts.

After playing just five games last year, Stephen Coniglio (MID/FWD, $695,000) is heavily discounted off his 2020 average of 98. Coniglio now has forward status and although we don’t expect him to average the 110 he achieved in 2019, he’s much better than the average of 83 he currently sits at. Therefore, bump him up your Draft rankings with confidence.

Sam Taylor (DEF, $550,000) led the Giants last year in spoils with seven a game and, in my book, this should be rewarded. In the traditional scoring of Fantasy, spoils are not worth any points. However, in your Draft league you can customise your scoring to make players like Taylor more relevant.

The ruck set-up at the Giants has always been a mystery. There is no doubt Braydon Preuss (RUC, $367,000) is very cheap this year and should be in your team… if he is the No. 1 ruckman for the club. Last year, with Preuss on the sidelines injured, Matthew Flynn (12 games), Kieren Briggs (five games) and Shane Mumford (12 games) all shared the role over the course of the year.

Keep your eyes open and ears to the ground this pre-season to find out exactly what the GWS coaching staff intend to do.