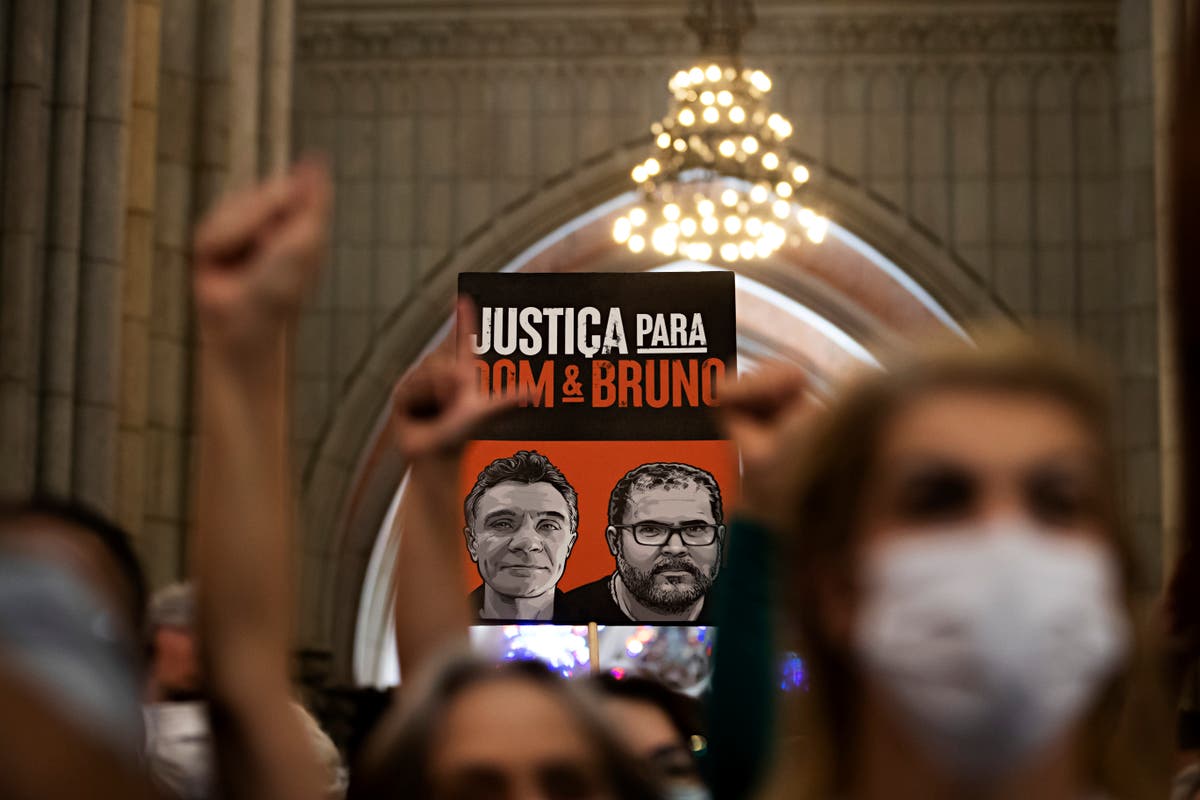 Prosecutors in Brazil have charged three men with the murder of British journalist Dom Phillips and indigenous expert Bruno Pereira in the remote western reaches of Brazil’s Amazon rainforest.

All are local river dwellers, and their motive was that Mr Pereira asked Mr Phillips to photograph them when they passed by in a boat, a statement from prosecutors said.

The area is a hotspot for illegal fishing and poaching.

Mr Phillips and Mr Pereira were killed after disappearing on 5 June. Their bodies were found on 15 June. Mr Phillips had lived in Brazil for 15 years.

They had met indigenous people near the entrance of the Javari Valley Indigenous Territory, which borders Peru and Colombia, and were travelling along the Itaquai River back to the city of Atalaia do Norte when they were attacked.

Their disappearance generated intense international outcry and pressure for action and, with the help of local indigenous people, authorities located their bodies hidden in the forest.

Prosecutors said that two of the men – Amarildo da Costa Oliveira and Jefferson da Silva Lima – have confessed to the crime, while witness testimony indicates Oseney da Costa de Oliveira also participated, according to the statement.

Mr Pereira had previous confrontations with fishermen when seizing their catch and had received multiple threats.

He carried a gun with him, and had left the federal indigenous affairs agency in order to teach local indigenous people how to patrol their land and gather geo-tagged photographic evidence of criminality.

On the day they were murdered, Mr Pereira was transporting such evidence to authorities in Atalaia do Norte, and he was shot three times.

Mr Phillips, who was conducting research for a book entitled How To Save The Amazon, was killed “only because of being with Bruno, in order to ensure impunity for the prior crime”, the prosecutors’ statement said.

There has been speculation in the Brazilian press that their murder may have been ordered by the ringleader of an illegal fishing network.

Police earlier this month arrested a fourth man when he presented false documents, believing he may have some involvement, but no charges have yet been filed.