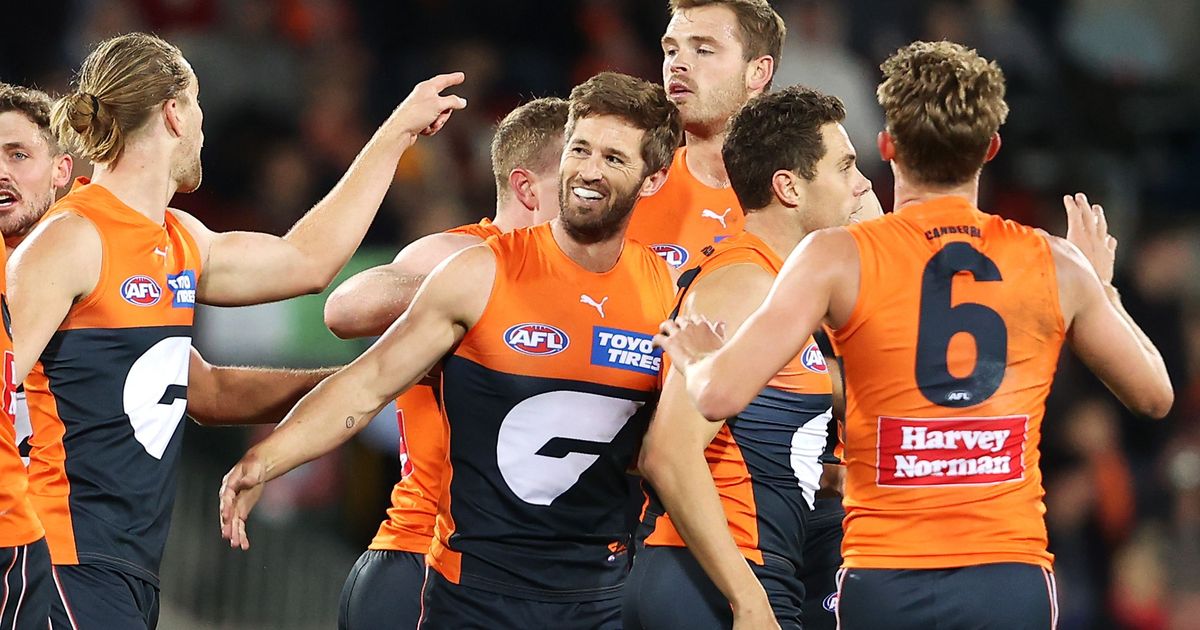 CALLAN Ward believes GWS can still contend for the finals this season as they aim to give Leon Cameron a winning send-off against Carlton.

The former skipper admitted the timing of Cameron’s decision to step down after nine years as coach hit the playing group hard this week.

The 32-year-old said it had been a sad and emotional few days but expects GWS, 2-6 for the season, to lift for Cameron’s farewell against the Blues at Giants Stadium on Sunday.

“We were a bit in shock,” Ward told AAP.

“Even though there was a lot of speculation about it, we probably didn’t really see it coming when it did.

“But I think the right call has been made because Leon is the one who’s really called it in the end.

“We haven’t been playing our best football but I’m hoping that we can get a bit of a lift out of it and really send off Leon in a great way.”

Despite a “super inconsistent” start to the season, Ward is bullish about the Giants’ prospects under Cameron’s long-time assistant Mark McVeigh, who will take the reins as caretaker coach.

“We can turn it around,” Ward said.

“I still firmly believe that we can win some games of football and win enough to play in finals.

“Our best is still very good and it’s just about bringing that more often now.”

TIMELINE So near, yet so far in Leon’s 10-year ride at the Giants

“We know that we need to beat them in contested ball but also clearances and stoppage work,” Ward said.

“That’s a huge focus most weeks but especially against Carlton, who have been going really well in that area.

“They’ve been playing some terrific football and they’ve got a lot of their good players in really good form.

“No doubt we’ve got our hands full but I think we should be really excited for the opportunity.”

GWS has recalled Matt de Boer to their starting side and regained Conor Stone, who has overcome a hamstring injury.