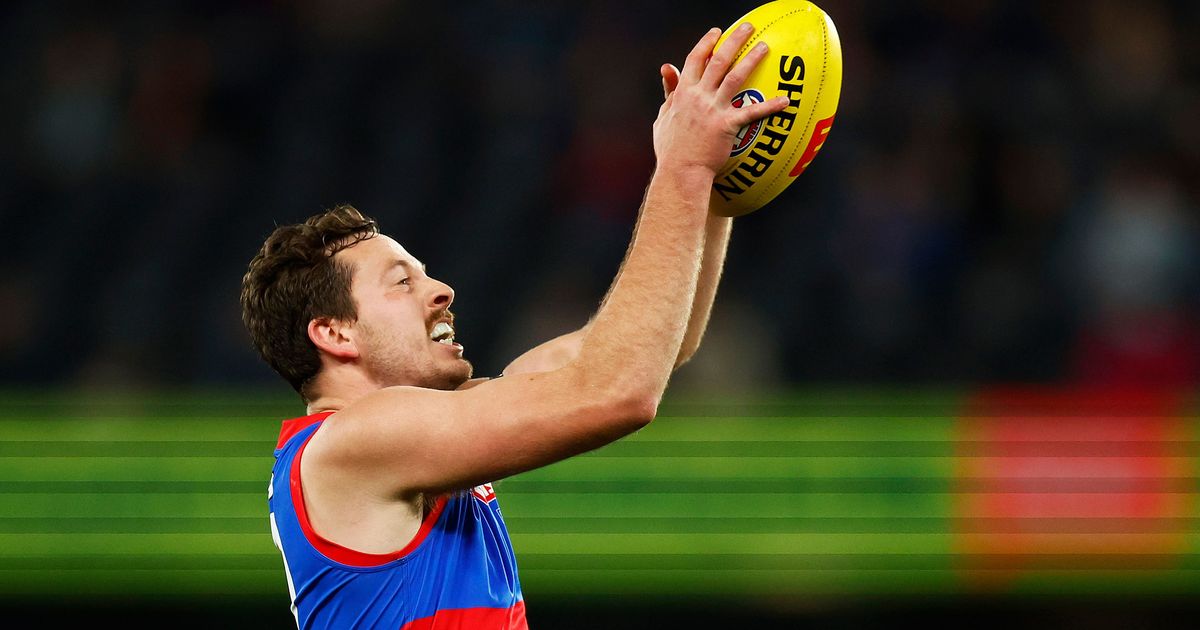 Cordy bumped Bruhn during the final quarter of the Bulldogs’ narrow win at Marvel Stadium on Saturday.

Bruhn’s teammates rushed in to remonstrate with Cordy as the Giants’ off-contract forward-midfielder left the field before being placed in concussion protocols.

The incident was left ungraded on Sunday by the League’s Match Review Officer, who referred it directly to the Tribunal.

Cordy is not able to accept an early plea.

The Bulldogs need to win and see Carlton lose by enough to overturn a narrow deficit in percentage to qualify for the finals.

Cordy’s teammate Bailey Dale is free to play the Hawks after being fined $3000 for striking the Giants’ Daniel Lloyd.

Melbourne forward Kysaiah Pickett was fined $5000 for rough conduct over his tackle on Carlton’s Liam Stocker and can play against Brisbane in Friday night’s blockbuster.

A dozen players were fined a total of $19,000 for engaging in melees during the Dockers’ win.

Five players were fined a total of $7500 for engaging in melees during the Melbourne-Carlton clash.