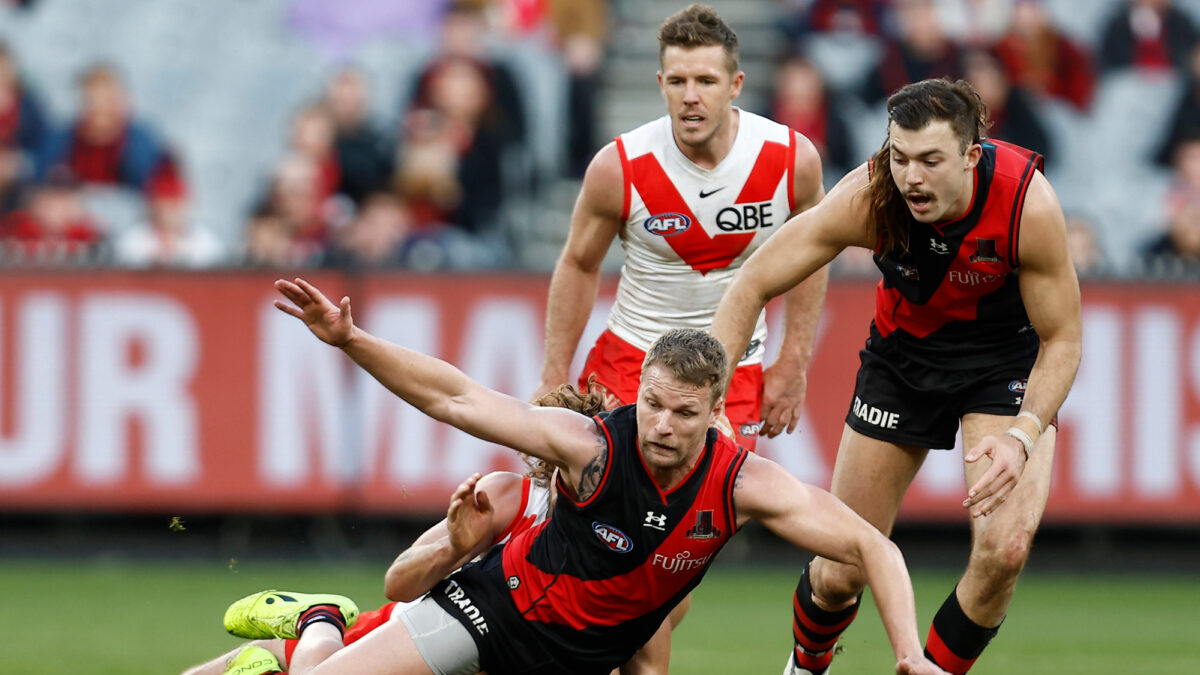 The Bombers failed to land the outspoken Alastair Clarkson and it speaks volumes to the malaise that Essendon have found themselves in for over 20 years.

I initially published a piece on this forum regarding the pros and cons of Clarkson going to North versus going to Essendon. But if I am being totally honest I reckon Clarko’s homecoming to North Melbourne is positive for the entirety of the league and better for Essendon, some short-term pain for the long-term health of the club.

In this piece, we will talk about where Essendon has failed in the off-field departments, and where they can improve.

Where have they failed?

The longer answer is more complicated and much harder to get a grip on. Like the famous idiom “the fish rots from the head” – this is extremely applicable to Essendon.

The off-field staff have frequently deluded themselves into thinking they’re closer than they are without being able to take a backwards step and re-develop the list in a holistic way such that it is suitable for the rigours of modern footy.

The board is filled to the brim with anachronisms stuck in the 1980s insistent that Essendon is still a powerhouse club and players will want to come here to play for them. The conduct of the board in pursuit of Clarkson is nothing short of pathetic.

Furthermore, it is openly damaging to the coaches we currently have on the books, all of whom were extremely highly rated before coming to Essendon.

The Bombers need the external review now more than ever and I hope it results in a willingness to make changes rather than the jobs for the boys mentality that has infested the club.

The Bombers have needed an external review for over a decade now. It has allowed the rot to set in and the former players and board members to become part of the furniture rather than keeping the turnover necessary for any organisation to flourish.

The potency of the external review system has been shown in the fact that both Collingwood and Carlton have surged somewhat back up the ladder much to the chagrin of the fast-finishing Bombers.

We need to bring someone in like a Jason Dunstall or a Paul Roos to come in and review the Essendon footballing and non footballing operations top to bottom in a functional, cohesive manner and for the findings to be followed to a T.

The treatment of Rutten this week has been abhorrent. It reeks of the treatment of Brett Ratten a decade ago (and not just because they have similar names).

Rutten’s conduct has been nothing short of exemplary as he has continued to coach the Bombers while the media storm goes on around him. He is a better coach than we give him credit for, he only needs the tools that has been denied to him in recent years necessary to flourish.

Now, I will not begrudge Rutten quitting and dragging Essendon through the mud, lord knows I would if I was him. Moreover, in addition to Rutten apologies are also owed to the assistants around the club like Blake Caracella, Daniel Giansiracusa, Dale Tapping and Brent Stanton.

I would acknowledge that some of them may be departing at the end of the season but I would seek to have an open and honest dialogue with them, and perhaps most importantly I would do this behind closed doors so they are not dragged through the muck by the story-hungry media.

Each of these three men have allowed their egos to dictate the conversation rather than steadily improving their practices. The appointments of Xavier Campbell in a footballing capacity have all failed to leave a lasting positive change with the Essendon organisation. Additionally the strange decision to extend Campbell by two years earlier this year was suspicious, given the 2-9 record the Bombers had at that stage of the season.

Adrian Dodoro – need I say more? The outspoken firebrand has overseen 20 years of ignominy at Essendon. He has shown a penchant for recruiting diamonds in the rough which is a quality worthy of praise, however, his strange selections of smaller midfielders in 2014 (Zach Merrett pick 26), 2015 (Darcy Parish pick 5) and 2016 (Andy Mcgrath pick 1) with higher prized selection is a proclivity that does not make for a viable list management strategy.

Each decision in isolation is fine but taken in totality it becomes an unacceptable rigidity.

Finally, there is Josh Mahoney. He is perhaps the least known on this list but he is simply on it due to the continual re-injury to players such as Will Snelling, Kyle Langford, and Jake Stringer, prohibiting each of them from reaching the pinnacle of their abilities this season.

The Bombers have been lacking in leadership recently. They have young wunderkinds coming out the wazoo, but they lack the harder edge that protects the younger players while they’re developing.

Dyson Heppell has been a champion but he has justifiably been criticised for his laconic and laid-back style, and he needs a harder edge that has been lacking since Brendon Goddard retired in 2018.

The first decision they need to make is to bring in some mature age talent like Casey Voss or Oscar Claravino, both of whom fill positions of need for the Bombers as well as providing a stronger body to protect the younger stars.

Additionally they need to recruit a bigger bodied midfielder even if it means reaching for them. To fill this hole they should look at Tyreece Lieu at the TAC Cup/Carlton VFL level and Henry Husthwaite, both of whom stand over 190 cm and can fill the urgent need the Bombers have at the inside midfielder position.

I respect Parish, he is an effective collector of the footy. However he is not defensively accountable and he can fill a role in a different side’s system, like Port Adelaide, who’ve shown a willingness to deal with Essendon in good faith in the past.

With Merrett and Andy McGrath recently extending, neither are viable options for trade, particularly with both viewed as potential successors to Heppell as captain. But Darcy Parish is a year away from being a free agent, is too similar to the aforementioned players and deserves the right for some success at another club.

Additionally, trading Parish would easily build up the points necessary to match a bid on Alwyn Jr, Jayden and Anthony Munkara. Finally, I fail to see a spot for him if we want to rise up the ladder in the near future. It is the bold list management decision we need to make to ensure we get the most out of other players on the list.

Mason “Red Dog” Redman is emblematic of the Bombers at their best. With a fast run-and-gun style, the enthusiasm of Redman is infectious and should result in an inaugural Crichton Medal year for him.

He is something of a dark horse in the captaincy debate but he has been one of the few consistent elements for the Bombers this year, and along with Livin La Vida Loca Nicky Martin, they have formed a dynamic partnership while the Bombers’ line-up has been challenged.

COVID couldn’t stop him, internal bleeding barely slowed him down and his iconic celebration endears him to friend and foe alike. Redman is the best choice for captain seven years after his draft year – he would make a solid contributor as captain from the back half.

Well, there you have it, folks. A bit of a longer piece today but the issues affecting Essendon are multifarious and difficult to quantify.

I believe the Bombers can rise up the ladder quicker than the punditocracy would have you believe, but their conduct this week indicates that they have a miasma of delusion to push through before they can succeed consistently.