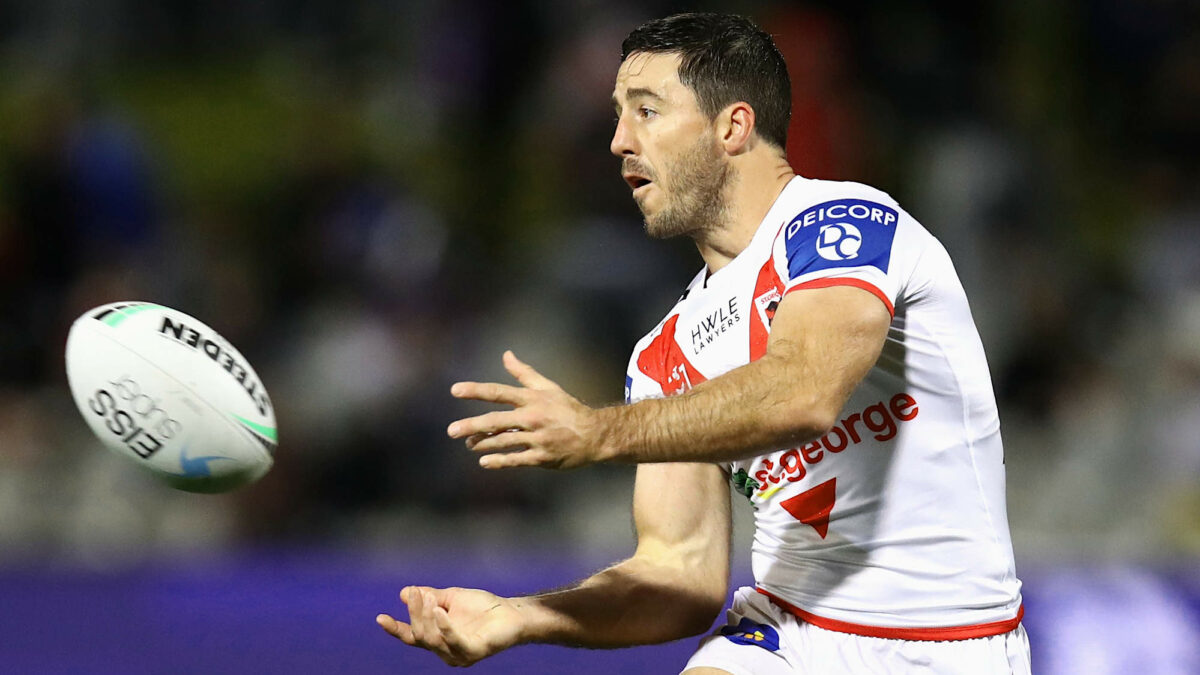 After being delayed by a year, the 2022 Rugby League World Cup is shaping up to be one of the best editions of the tournament.

A host of NRL stars have pledged their allegiance to nation other than Australia and New Zealand – the likes of Victor Radley and Junior Paulo to name a few – which will certainly drive the competitiveness of the tournament through the roof.

Competition is particularly rife at the hooker position for Australia. Long gone are the days where the Kangaroos 9 jersey was occupied concretely by Cameron Smith.

National coach Mal Meninga has recently stated that, while there are five genuine options to fill the position, he can only take two, making it the most contentious spot on his roster.

Speaking to SENQ this week, Meninga noted the fantastic array of hooker in the competition, before pointing out the contenders for his side as being Melbourne’s Harry Grant, St George’s Ben Hunt, Souths’ Damian Cook, Penrith’s Api Koroisau and the Cowboys’ Reece Robson.

Of this bunch of players, and despite the class he has shown this season for the resurgent Cowboys, Robson is the one in my eyes most likely to miss the cut.

He is not yet at the game managing level that Ben Hunt is at, nor can he control the ruck like Koroisau and his running game cannot compare to that of Cook or Grant, which is why I feel Robson will miss the cut.

Narrowing it down, the remaining four can be divided up into game managers – Hunt and Koroisau – and run-first hookers – Grant and Cook – and given the way the modern game is played, and the success Queensland had during this year’s Origin using a dual-hooker system, I think it is fair to assume Meninga will opt to select one of each – a game manager to take the sting out of the match and a run-first impact hooker to inject a momentum change off the bench.

While he rarely utilised this system during his Origin years, mainly due to the immovable presence of Cameron Smith, his last coaching game – Australia’s win over New Zealand in October 2019 – saw the Kangaroos coach opt for a two-hooker system, with Damien Cook, arguably the form hooker of the competition that year starting in a spine that also consisted of DCE, Munster and Tedesco, while Ben Hunt was utilised off the bench in as the 14.

Given the transition of the modern game to an increased tempo mode of play, it seems logical for Meninga to invert his last approach and instead use the more controlling, less run-heavy hooker first to take the sting out of the game, kick early when needed to and just guide the side around the park before injecting the speed of the second hooker on late in the half to exploit tired defenders around the ruck.

Now, back to the options. Both Ben Hunt and Api Koroisau are massively credible options at hooker. The man who led the Dally M before it went behind closed doors has the advantage of playing halfback for his club side, meaning his ability to direct, and crucially, kick, is far superior to Koroisau.

During this year’s State of Origin series Ben Hunt averaged 86 kick metres, with his early set kicking game particularly useful in both getting Queensland out of trouble and turning the momentum of the game – see his Game 3 40/20.

On the other hand, Koroisau has been the hooker at the best side in the competition for the past three seasons, has won two grand finals and looks on track to complete his hat-trick before the World Cup kicks off. Defensively there are few better 9s in the world, his ability to win the first contact is crucial in pinning opponents in their end.

Additionally, he possesses a brilliant ability to control the ruck, a smart, slimy running game, and the fact that he already has a successful working relationship with both Nathan Cleary and Isaah Yeo, both of whom should undoubtedly be permanent fixtures as Australia pursues glory.

It is difficult to split between the two, however, when you look at the teams at the World Cup, and in particular the middle forwards they possess – the likes of Radley, Thompson, Fonua-Blake, Tapine, Fisher-Harris and Taumalolo to name a few – it is very easy to see how metres may not be so easy to come by for the Kangaroos.

This means territory will be crucial, and an important facet of winning territory is a strong kicking game, Ben Hunt seems to be the stronger option over Koroisau, if not for his world-class kicking game, then also for his added versatility – given he is able to play in the halves and would do a job at lock if the need be.

For me, what edges the Dragons skipper out over Api Koroisau is the fact that I feel as though he is one most able to resemble Cameron Smith’s style of play – and given the success Meninga has had with the former Melbourne skipper I feel he is more likely to opt for a player who can mirror his ability.

As for who partners Hunt on the plane to the United Kingdom, you can’t go wrong with either Harry Grant or Damien Cook. Despite the latter’s relatively ‘poor’ – and I use poor more as a comparison with his previous levels than anything – he is still one of the games premiere hookers, arguably the best running hooker in the competition, who feeds off the back off a good pack.

Add to this his experience playing with the likes of Cameron Murray, Yeo, Cleary, Tedesco and Latrell amongst the other New South Wales stars that will feature in the side, and Cook stands out as a great option.

He’s also the most experienced hooker of the lot, edging out Koroisau by one game, and has first-hand experience representing Australia with four caps to his name.

On the other hand, the swashbuckling Harry Grant – at 24 – offers a youthful exuberance to the side.

Like Cook, the Melbourne man has a fantastic running game and ability to play off the front foot – his 92 average run metres is the most of the five hookers mentioned by Meninga – and he is also arguably the most proven bench impact hooker in the competition – outside teammate Brandon Smith – having done so expertly at Origin level.

Eventually, Harry Grant will need to be blooded into the Kangaroo’s side, given he looks set to be the national team’s No.9 for many years to come.

There is no better time than the upcoming World Cup to do so, not just due to his explosiveness off the mark and game-changing ability, but for the fact that sending him is an investment for the future.