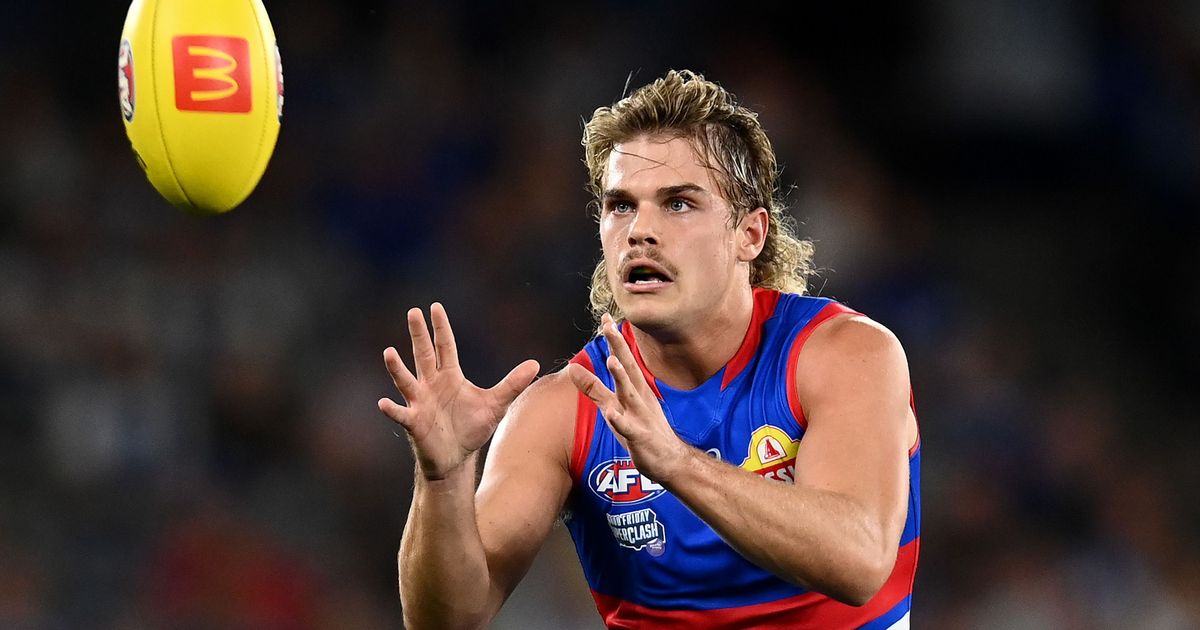 IT IS officially upgrade season! Really well-placed coaches will be looking at removing two fattened cash cows in order to bring in a cheap rookie and a premium, while others less fortunate are still dealing with issues such as Matt Rowell and Matt Crouch.

All eyes will be on the team selections this week with an eager interest in the fitness of Blues skipper Patrick Cripps who had a career-best start to the season before injury struck.

There will also be a spike in interest regarding Matt Flynn to see if he holds his spot to partner likely inclusion Braydon Preuss in the ruck.

Bailey Smith
WESTERN BULLDOGS
MID, $928,000
The hard-running Dog is filling the stat line during his record-breaking start to the season. He is spending an extraordinary amount of time on the ground for a player that works so hard and his scores of 154, 109, 131 and 147 reflect that. Once he finds his radar in front of goal, look out! He currently has zero goals, six behinds.

Sam Walsh
CARLTON
MID, $870,000
After a miraculously fast recovery from syndesmosis, the Blues’ young star now has four games under his belt and looks ready to explode. He had a huge first quarter against the Power, amassing over 50 points, before finishing the game with a season-high 113 from 38 possessions and six tackles. He is as cheap as he will be available all year so don’t hesitate to launch.

Caleb Serong
FREMANTLE
MID, $662,000
If you are brave and cash-starved, the Dockers hard nut could be in play. It would certainly be a high-risk move but it could come with high rewards. He has been disappointing following a hyped pre-season but looked great upon return from injury with 30 touches and 107.

Brodie Grundy
COLLINGWOOD
RUC, $816,000
The Ruck Pig has come under heavy scrutiny in the media this week after a sub-par performance against the Lions where he didn’t take a mark or lay a tackle on his way to a score of 54. He will bounce back in a big way and I feel for Sam Draper who is about to have a 120 dropped on him in the huge Monday clash.

Touk Miller
GOLD COAST
MID, $896,000
While his owners remain frustrated, the rest of the competition are licking their lips as the Suns star continues to plummet in price.  The million-dollar man has failed to reach triple figures for three weeks in a row and it all comes down to the mystery of his tackles drying up. He laid 12 tackles in the opening two rounds while averaging 120+ and has laid just three since.

Jayden Short
RICHMOND
DEF, $843,000
The Tigers’ defensive ball-magnet was on track for another triple-figure score after impressing the last three weeks with massive scores of 131, 118 and 125 and reaching 72 by three-quarter time. In uncharacteristic fashion, Short didn’t manage to get his hands on the ball in the last quarter … not even a kick out! He won’t let that happen again.

Aaron Hall
NORTH MELBOURNE
DEF, 818,000
The Roos’ ball-magnet was at it again against the Dogs, scoring 50 points in just 43 per cent game time before succumbing to a hamstring injury. Unfortunately, the popular accumulator has to go.

Matt Rowell
GOLD COAST
MID, $575,000
The former No.1 pick looks a shadow of his former self at the moment, and needs to be traded as a result. His breakeven of 77 is now more than his average.

Jye Caldwell
ESSENDON
MID, $591,000
After an impressive round one hundred, the 21-year-old has failed to fire. It was expected that he would benefit in the absence of Zach Merrett but it hasn’t been the case with scores of just 69 and 67 in his last two outings which isn’t great now his BE has risen to 76.

Do you think Preuss will be an automatic selection for GWS?

Hey mate, I think Preuss will be straight back in, the biggest concern is whether Flynn holds and they share ruck duties.

Can we trust Luke Parker? Forward status. Great run coming up, off the back of 120

It’s tempting isn’t it!? He was great on the weekend and does have a run of opposition ‘green’ teams on the fixture but I would pass.

I can totally understand the frustration! He is well below where I projected him to be. Having said that, I still class him as the ultimate luxury trade, meaning you have no other issues.

Big English is a great upgrade option mate! As much as I love the other two blokes, Timmy is the only one there locked into the Rollin’ 22 and he is scoring better at the moment anyway. It feels silly, but the way he gets around the ground and they aren’t afraid to use him makes it different.

Who is your kid looking at bringing in? Need a replacement for Hall and I think the 105th ranked coach would be able to help

He hasn’t even logged in to look yet… I’ll have to tweet it out for you. If I had his team I would stare at it all week. The only way we found out his overall rank of 105 and nine for the week was when Warnie and I stalked his team.

Is McInerney a viable upgrade from Rachele or should we look at bigger upgrades?

I like him, that’s why I started with him… What a disaster that turned out to be. I don’t mind the idea, especially with a great match-up this weekend but I’m thinking going big is where you need to go.

Does hunter out effect Bailey Smith’s scoring in any way?

I don’t think so. He hunts the ball from wherever he lines up and stays on the ground for a huge percentage of the game regardless. If anyone should be concerned it’s Macrae owners as he has filled the wing void in the past with catastrophic results, although I think/hope he will be fine as well.