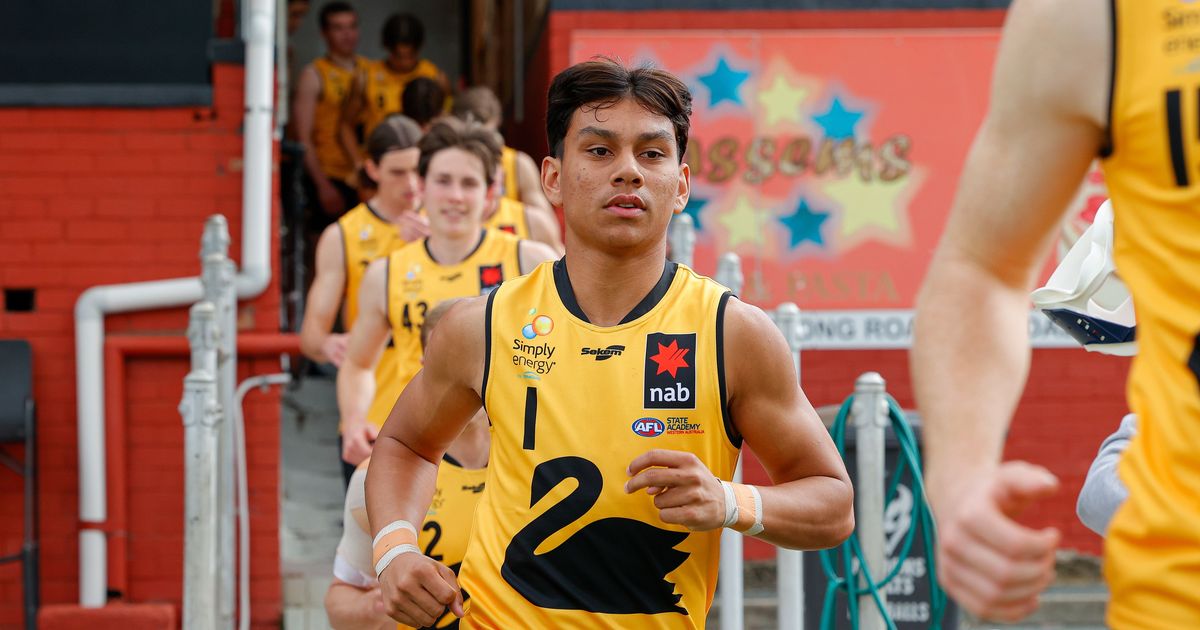 CARLTON has taken advantage of Fremantle’s inability to match an early AFL draft bid for Next Generation Academy member Jesse Motlop, pouncing in the second round to recruit the dynamic forward.

South Fremantle product Motlop – the son of former North Melbourne and Port Adelaide player Daniel Motlop – was nominated by the Dockers via their academy.

But they could only match a bid for Motlop if it came outside the top 40 national draft selections and Carlton jumped in with pick 27 on Thursday night.

Motlop was not eligible to be a father-son selection for either the Power or Kangaroos, because Daniel did not play enough games for either club.

“We couldn’t be happier to be welcoming Jesse to our football club,” Blues list boss Nick Austin said.

“Like his dad, he’s the kind of player that can produce something which turns a game in an instant and light up the fans: whether it’s sidestepping an opponent, kicking the goal himself or setting up a teammate.

“He just turned 18 a few days ago, so playing the entire year in the WAFL as a 17-year-old and producing what he did against more senior bodies will hold him in good stead next season.

“He’s dynamic, he’s creative and as the old cliche goes, he doesn’t need to have 20 possessions to make an impact.

“He can play higher up the ground as well, but it’s in front of goal where he’s at his most dangerous.”

TALKING POINTS Shock mature-age bolters, keeping up with the Joshes

Motlop was Carlton’s only pick in the draft after elevating rookies Matt Kennedy and Josh Honey to the senior list to meet the minimum requirement of three selections.