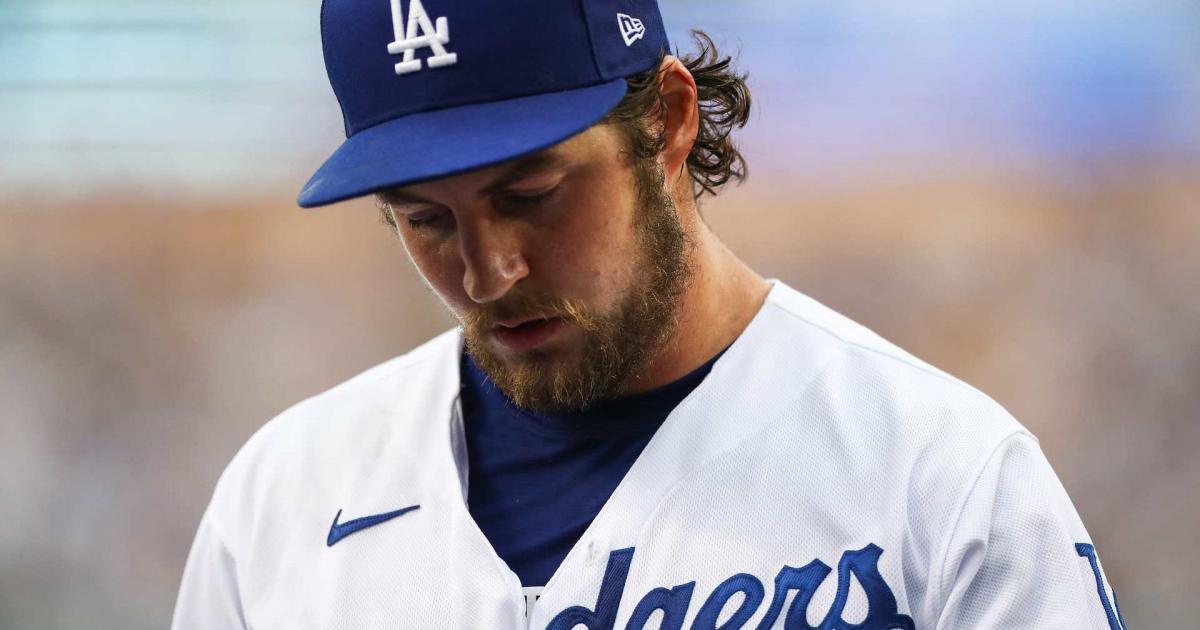 In a statement, the LADA’s office said, “After a thorough review of all the available evidence, including the civil restraining order proceedings, witness statements and the physical evidence, the People are unable to prove the relevant charges beyond a reasonable doubt.”

Last July, MLB agreed with the MLB Players Association to put Bauer on paid administrative leave through the remainder of the 2021 season while police in Pasadena, Calif., investigated the allegations.

Bauer was paid while on the restricted list, which was extended nine times through the World Series. With the conclusion of the 2021 he technically is no longer on leave.

He last pitched on June 28.

What are the allegations against Trevor Bauer and who is his accuser?

According to police records, a woman, who has only been identified as “Ms. Hill” at her attorney’s request, claimed to have met Bauer through Instagram and first met up with the Dodgers pitcher on April 21.

She described that the first encounter escalated to Bauer performing multiple sexual acts without consent. She alleged that Bauer choked her to the point of unconsciousness and punched her in the face and genitals. Ms. Hill also claims he initiated sex without her consent.

Bauer contends to have had two sexual encounters that were “wholly consensual” with Ms. Hill.

Ms. Hill received medical attention a day after the second encounter, according to police records, which indicated “significant head and facial trauma” with signs of a basilar skull fracture.

At the time of the accusations, Bauer’s agent Jon Fetterolf issued a statement to Yahoo Sports, saying, “[Ms. Hill’s] basis for filing a protection order is nonexistent, fraudulent, and deliberately omits key facts, information, and her own relevant communications. Any allegations that the pair’s encounters were not 100% consensual are baseless, defamatory, and will be refuted to the fullest extent of the law. and claimed that the encounters were fully consensual.”

After the LA District Attorney’s announcement, Bauer released a seven-minute video on YouTube.

“I believe that allegations as serious as these should be fully investigated and not adjudicated in the media” Bauer said. “During the investigation, I’ve watched many draw premature conclusions based on an absurd amount of misinformation and false claims that have been circulated with absolutely no corroboration.”

Both me and my representatives had expected this outcome from the very beginning and we are grateful that each of these neutral and third-party arbiters have reviewed the information made clear and informed decisions on this matter. My version of events has not wavered because it is the truth.

Bauer described his version of the story and also once again denied the allegations that he punched the accuser in the face and genitals. Bauer also concluded by saying, “I never assaulted her in any way at any time, and while we did have consensual rough sex, the disturbing acts and conduct that she described simply did not occur.”

Will Bauer be reinstated?

Commissioner Rob Manfred does have the authority to discipline players deemed to have violated MLB’s domestic violence, sexual assault and child abuse policy, even if a person is never charged or convicted of a crime. Some believe the pitcher will still likely receive a lengthy suspension, which Bauer can appeal.

He is technically not on leave now that the 2021 season is over.

Bauer signed a three-year / $102 million contract with the Dodgers heading into the 2021 season. It was expected that Bauer would exercise his option for 2022 and likely decline it come 2023.

Trevor Bauer will not opt out of his historic contract. That should not surprise anyone under the circumstances. Has $64M to go over 2 years. A decision to opt out also will have resulted in lengthy deferrals.

MLB remains in a lockout, so the timeline as to what the Dodgers plan on doing with Bauer and his contract remain to be seen.

If the Dodgers wish to cut ties with Bauer, they can release him and pay him the remainder of his contract. They can also attempt to void the deal by arguing Bauer violated personal conduct standards of his contract, which Bauer would likely file a grievance against.

Until then, Bauer looks to set the record straight and make amends.

“You may not be my biggest fan or agree with everything that I’ve said over the years and that’s ok,” Bauer said on YouTube.

I’m not a perfect person. If you want to judge me for engaging in rough sex with a woman that I hardly knew— that’s ok, too. In evaluating my life in recent months, it’s clear that I’ve made some poor choices, particularly in regards to the people I’ve chosen to associate with.

“But I am not the person this woman, her lawyers and certain members of the media have painted me to be.”