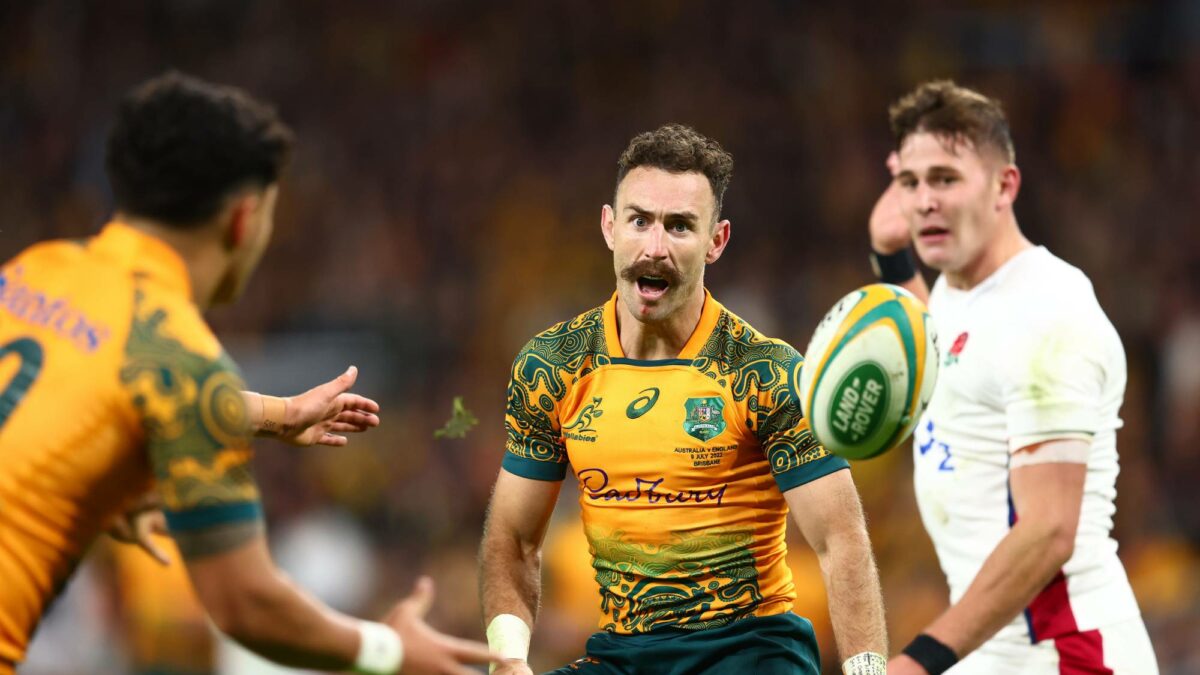 Richard Harris was the Australian anaesthetist who helped save the Thai children who were stuck in a flooded cave. During a recent podcast he explained how he dealt with high pressure environments.

When cave diving, one uses a distance line which is essentially a piece of guideline trailing you to help you get out of a cave in situations of low visibility. On one occasion this snapped leaving him trapped with limited oxygen with no obvious exit strategy.

He described the pressure as a physical visceral sensation slowly rising through his body up to his neck. What he did and how he survived I will come back to during the article.

This was a pivotal high pressure rugby series for so many reasons. There’s tension over the Super Rugby competition moving forward with New Zealand, there’s much needed leverage for a potential private equity sale and there’s some renewed fan interest with the first sold out Wallabies match in quite some time.

Australia had some bad luck in the form of injuries and if you subscribe to Ben Darwin’s GainLine Analytics, you’d understand the detrimental impact injuries have on cohesion. However other than providing some broader context doesn’t achieve much dwelling on. Dave Rennie himself dismissed injuries as an excuse.

Australia dominated multiple statistical measures, but this wasn’t reflected in the scoreboard. I will reference four key areas the match was lost and four key stats that are important in the broader context of the game:

England won the physicality. As bad as Australia were, credit must go to the English forwards who were fantastic. Even without the talismanic Maro Itoje, England dominated the gain-line. Rob Valetini, Ray Leota and Harry Wilson were picked for their running games yet they all struggled to penetrate the gainline due to strong, willing and well-drilled English defence.

When the forwards did pick and go they sometimes strayed down blind alleys, got isolated and resulted in turnovers.

Australia were inaccurate in the cleanout. There were countless examples of this. At the 32-minute mark, Wilson is unable to clean out Bill Vunipola resulting in an English penalty goal. Again in the 39th minute, Wilson and Hunter Paisami fail to cleanout Lawes resulting in a penalty and try shortly thereafter.

The English forwards constantly competed in rucks which slowed our ball down or turned it over. Courtney Lawes achieved three turnovers alone. The Wallaby forwards, didn’t achieve many turnovers, didn’t break the gain-line and were inconsistent at the set piece.

England kicked a lot more than Australia (26-17). They were happy ceding possession (59% to 41%) in order to gain territory. They challenged at the breakdown where they affected more turnovers than the Wallabies (13-8). England were able to generate kickable penalties by aggressive defending.

When Australia turned to Reece Hodge to kick them out of trouble, England had all the answers led by Fred Steward. Australia didn’t know how to counter the territory pressure and ultimately succumbed.

The Australians gave up trying to penetrate around the ruck and predictably went wide early far before they’d earned it.

This made it easy for England’s cover defence to swallow them up. To counter England’s defensive pressure, Australia played very deep often conceded significant amounts of territory behind the gain-line in attack. Noah Lolesio, like a lot of five-eighths, thrives on front foot ball behind a strong Brumbies pack but really struggles to manage a game without it.

In defence, there were times Australia panicked and raced up to shut down an overlap. Both times Wallabies were eliminated enabling England line breaks which they should have scored from.

To compound matters, there were some basic passing errors at key times by Taniela Tupou, Dave Porecki and Hodge. Tupou’s over the head pass flick in the 36th minute resulted in James Slipper knocking on.

Passes were often behind the man forcing the player to check, lost speed and afford the defence extra time. When you go wide to outflank a team, you cannot afford these inaccurate passes.

You can see in the table above that England achieved five more offloads despite much less possession. Australians too often threw low percentage passes resulting in turnovers rather than taking the contact, committing defenders and looking for an offload.

Australia lost the territory kicking battle. Perhaps this was a pre-determined strategy having big boot Reece Hodge however during the exchanges teams rotate who is at the back and quite often that is Lolesio or Koroibete who lack penetrating kicks.

Australia’s general play kicking lacked intention. It was often not into space but rather straight to their well-positioned backfield players.

An example of this was in the 19th minute, Paisami’s grubber straight to Smith who returned it with interest. There’s no real positional or strategic gain here. It resulted in a massive net territory loss. Compare this to Smith’s kick at 22:30 where he put up a contested bomb that Steward re-gathered.

Kicking for the sidelines is tricky in an oval-shaped field however Hodge took this on and kicked out on the full which resulted in an England lineout 15 metres out from our line. Nic White’s box kicking is usually a real strength however he often kicked too deep and infield, resulting in uncontested easy diffusion.

The kick-offs weren’t accurate. They were neither contested nor deep in the corner.

This made for easy England exits. I’ve written a piece on the importance of accurate kick-offs here which about three people read:

If you are going to commit errors, you must consider risk-reward. Wilson committed multiple penalties for no real gain by not rolling away and then tackling a player deep past the ruck. There was no real benefit to either of those plays for Australia yet you’re risking a costly penalty.

Compare this to England. When they were down a penalty advantage in their own 22, they would commit again to kill the play. They’ve lost nothing.

At first glance, a lot of penalties looked lazy and unnecessary however some of them were also born out of pressure. Fatigue, frustration and poor decision making are all compounded under pressure.

So how what did the diver do to survive in my intro? He found a way to stay calm during the pressure. He used a simple distraction technique that psychologists often prescribe to patients.

He slowly started counting to 10. Once he reached 10, he would start again.

This was a temporising measure that helped keep the pressure at bay. This slowed down his breathing and prolonged his oxygen supply.

By staying calm, he was able to stop a silt-out and improve his visibility. He was able to slowly think his way through the situation and revert to his back-up plan. He found cracks of light and eventually identified his way to the surface.

When Australia’s “Plan A” didn’t work, they panicked both in attack and defence. This led to basic errors, disciplinary issues and aimless kicking. Australian fans hope that with time their team will develop composure.

Recently I noted Hugh Van Cuylenburg, who is an expert in mental health and high performance, was involved with the Queensland rugby league team in their recent Origin win.

Perhaps this would be a sensible addition to a young team who struggles with pressure.

Quade Cooper helps manage pressure by having a balanced lifestyle so that one’s whole life isn’t defined by their sporting success.

Patsy Tremayne is a Sydney-based performance psychologist with a background in elite sports. With only 13 months until the next World Cup, Australia’s developing team will need all the help they can get.

Australia will be hoping that’s long enough for their developing team to build confidence and composure to help win them an unlikely World Cup.