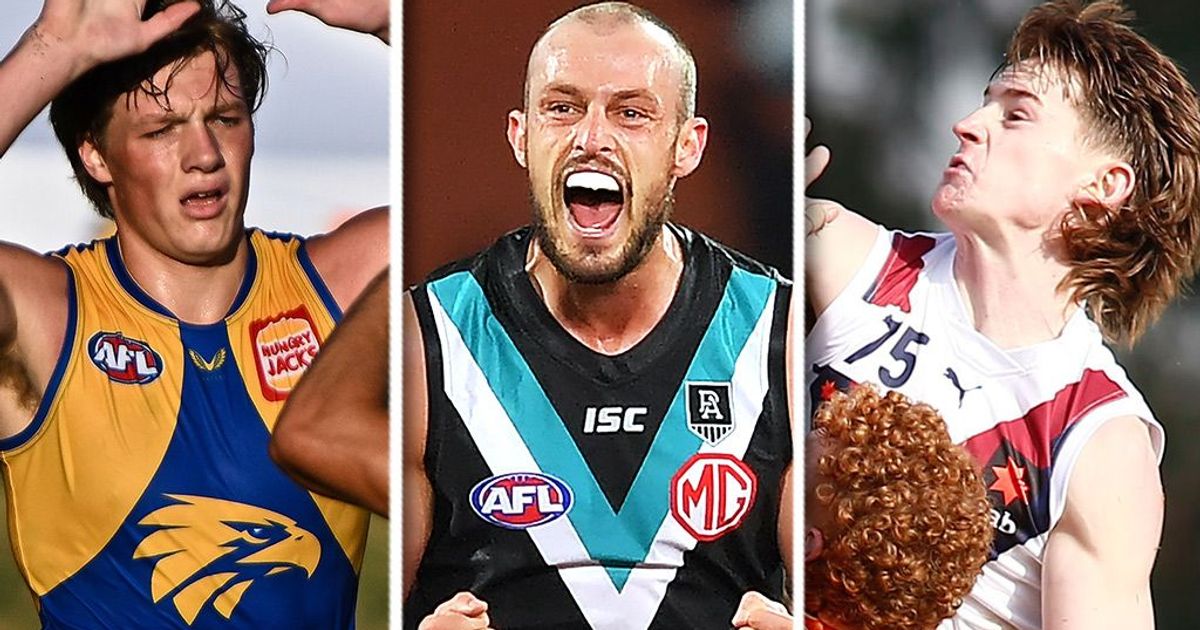 THE PRE-SEASON supplemental selection period deadline is closing in, with just over a week between now and the final day on March 9.

There are currently 16 players training at six different clubs across the competition with 10 list spots still up for grabs.

With the unknown of the pandemic still hovering above the game, list management teams have had to think long and hard about how they use the final spot – or spots – on their list.

Some players’ indecision about fulfilling the requirements of the AFL’s COVID-19 vaccination policy has caused additional headaches for some clubs.

Sydney was the first club to lock in a player under SSP rules when it signed 2014 No.1 pick Paddy McCartin at the end of January, after the former Saint played for the Swans’ reserves in 2021 and trained with the AFL program over the pre-season.

Gold Coast had a good look at two 26-year-olds – Nathan Freeman and James Tsitas – across December and January before opting to go with Tsitas, who shared last year’s Magarey Medal with Bryce Gibbs, in early February.

And Essendon used both spots on its list last week when it decided to go with Tex Wanganeen – the son of club great Gavin – and WAFL star Nick Martin, announcing the decision shortly after the practice match against the Western Bulldogs at The Hangar.

This is a state of play at your club ahead of the pre-season supplemental selection period deadline on March 9:

*Adelaide, Collingwood, Greater Western Sydney, Melbourne, Richmond, Port Adelaide and the Western Bulldogs all had full lists, while Geelong has a spare spot but hasn’t invited anyone to train over the pre-season.

The Lions couldn’t explore the pre-season supplemental selection period until Cam Ellis-Yolmen opted not to comply with the vaccination policy. Brisbane invited Williamstown midfielder-forward Mitchell Cox to train a fortnight ago and have explored a few other players, including Zac Strom from South Fremantle, but the 28-year-old is ineligible due to not nominating for last year’s NAB AFL Draft. The Lions were hoping to get a good look at Cox but the floods in Brisbane have added another layer to this challenge, with the VFL game against Southport on Saturday no guarantee to proceed. There is every chance Brisbane holds onto the list spot and waits until the mid-season rookie draft in June.

Josh Cripps and Tyreece Lieu have been chasing the final spot on Carlton’s list since the start of December. Lieu suffered a foot injury in the intraclub match and is in a moon boot for a month, all but ruling him out. The Blues invited Sandringham Dragons defender Michael Lewis to train at the club in early February. Cripps and Lewis will play against Casey in a practice match on Thursday ahead of the AAMI Community Series game between Melbourne and Carlton, with the club to make a decision following that game. But it might not come down to one or the other, with Carlton open to saving the spot for the mid-season rookie draft rather than using it now.

Four players – Dylan Clarke, Ronald Fejo Jnr, Nick Martin and Tex Wanganeen – trained at The Hangar over the pre-season with two players earning a contract last week. The Bombers announced the signing of Wanganeen and Martin after both featured in the practice match against the Western Bulldogs last Wednesday. Martin slotted four goals in Essendon’s intraclub, while Wanganeen kicked two goals against the Dogs from limited game time to cement his spot and continue his famous family name in the red and black.

The Dockers didn’t have a spot available until Luke Valente decided to retire at the end of January. The club had to wait until the paperwork was completed, which took longer than first hoped and was only finalised late last week. Fremantle will now look at ex-Cat Blake Schlensog, Sandover medallist Bailey Rogers, Peel Thunder duo Lachie Cullen and Luke Polson and West Perth star Tyler Keitel. But given the limited amount of time ahead of the deadline, the Dockers might save the spot for the mid-season rookie draft. Fremantle wanted to trial Zac Strom but was knocked back by the AFL due to the South Fremantle star not nominating for last year’s draft, despite nominating for at least five others in the past decade. The Dockers added Keitel, who booted 70 goals from 19 games in the WAFL, on Monday after he trained with West Coast in the early stages of this year.

The Suns invited four players to trial for the final spot on the list – Nathan Freeman, James Tsitas, Lewis Rayson and Morgan Ferrers – but it soon became down to the two 26-year-olds after the club made a decision on the two teenagers from South Australia. Gold Coast eventually pulled the trigger on Tsitas, who has been a star in the SANFL and VFL for a long time. When Ben King tore his ACL in early February – not long after the Suns made the call on Tsitas – the club had the option to add another player on the list and could have thought about Freeman again, but have decided against using the spot for now, given they already have the largest list in the AFL.

After trialling Box Hill star Vincent Adducci for a few weeks, the Hawks are likely to keep the spot open for the mid-season rookie draft. Adducci and Hawthorn made the mutual decision to stop the trial due to 23-year-old’s busy business commitments. The livewire half-forward will play in the VFL and could still be considered in the mid-season rookie draft. Former AFL players James Parsons, Fergus Greene, Cal Porter and Ed Phillips have all spent time training with Hawthorn over the pre-season and could potentially feature for the Hawks as top-up players depending on the rules.

The plan has always been to use the vacant spot on the list on new development coach Tom Lynch, who crossed from Adelaide at the end of last season. This will allow North Melbourne to keep Lynch’s salary out of the soft cap, which has been crunched since the start of the pandemic. Former Demon Marty Hore has trained at Arden Street all pre-season and was still in the mix for another opportunity until Jed Anderson returned to the club last week after complying with the AFL’s health and safety protocols. Hore will play for North Melbourne’s VFL team and could still potentially appear for David Noble’s team as a top-up player in 2022.

Woodville-West Torrens star Jack Hayes is expected to earn a contract for 2022 after an impressive pre-season at Moorabbin. The 25-year-old hasn’t put pen to paper yet but has been given the indication an offer is coming for some time. Hayes played against Carlton last Thursday, along with former Port Adelaide defender Jarrod Lienert, who emerged later as an option ahead of the deadline. St Kilda invited Lienert and delisted Tiger Patrick Naish to train at the club following the season-ending injury to Nick Coffield. Lienert was impressive in St Kilda’s intraclub, while Naish was quiet in the VFL game against Carlton’s reserves. The Saints are expected to wait until closer to the deadline before finalising Hayes and making a decision on the other two, with Lienert well placed to land the other spot. The Saints can open up a third spot if they choose to put Coffield on the inactive list, but they are unlikely to use all three spots.

After more than 12 months outside the AFL system, Paddy McCartin earned an AFL lifeline at the Swans, much to the delight of many around the AFL industry. The 2014 No.1 pick endured a nightmare run at St Kilda due to a series of concussions that severely impacted his quality of life and threatened to end his career. McCartin spent last year playing for Sydney’s reserves in the VFL and spent plenty of time in and around the AFL program, even travelling with the team when Sydney went into lockdown. The 25-year-old starred in the practice match against Greater Western Sydney and is now in the frame to play in round one, slotting into a new role in defence alongside his brother, Tom McCartin. The Swans have another spot available after they transferred Sam Naismith to the inactive list but are expected to keep it open for the mid-season rookie draft.

With an injury crisis mounting at West Coast, plus the retirement of Brad Sheppard and the uncertainty regarding the future of Jack Darling, the Eagles have taken a close look at a handful of players over the pre-season. Former Fremantle duo Hugh Dixon and Luke Strnadica, South Fremantle pair Tom Lechynden and Toby McQuilkin, East Fremantle’s Tom Joyce and West Perth spearhead Tyler Keitel have all trained at the club. West Coast opted to end the trials of Keitel, Lechynden and McQuilkin recently but have two spots to fill, which could become three if Darling is moved to the inactive list. Adam Simpson said Dixon was the Eagles’ best player against Fremantle last Friday night and is in the box seat to land a second chance after playing one game for the Dockers in 2019.