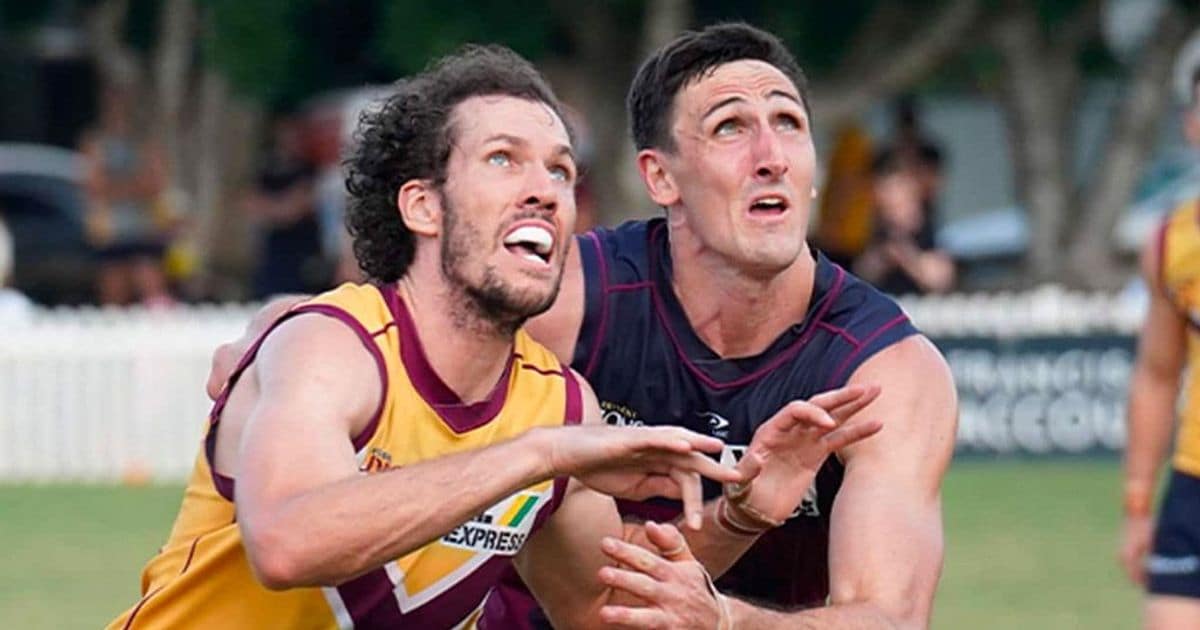 OSCAR McInerney joked he would gladly have “four or five” ruckmen in Brisbane’s team, but is happy to have two as he goes about forming a combination with former Geelong giant Darcy Fort.

After successfully partnering with Stefan Martin in the early stages of his career, McInerney was supported by back-up options Joe Daniher and Tom Fullarton in 2021 following Martin’s departure to the Western Bulldogs.

However, the Lions sought help for their 204cm powerhouse during the off-season, trading for Fort to strengthen a ruck division that also has youngsters Kalin Lane and Henry Smith.

Fort has made a strong impression in the early stages at his new club and appears a good chance to play alongside McInerney when the premiership matches start in March.

Coach Chris Fagan likes playing with three tall forwards, and Eric Hipwood‘s absence for the early part of the season leaves the door ajar for a Fort-McInerney union.

And while some ruckmen prefer to play one-out, McInerney says he’s all about having a partner-in-crime.

“I’m the most biased ruckman in the comp, I’m happy to have four or five in each team, I think it’s better for the game,” McInerney joked.

“In all seriousness, me and Darcy have had some opportunities in match sim to work together and there’s some really good chemistry and we’re learning some great tricks from Huddo (ruck coach Ben Hudson) and hopefully that can keep going strong.

“I’ve got no qualms whatever my role is. I’ve said it before, I’m just living the dream. Whether I’m playing 30 per cent, 40 per cent (ruck), it doesn’t really change.

“We’re in there to compete, to bring the ball to ground and that’s as a forward, a ruck or sitting on the pine and seeing what the game’s doing and what it requires from me.

“I’m not looking into numbers saying: ‘I need this or I need that’, I’m just out there loving the game and hopefully it’s with big Forty because he’s making some waves at the minute.”

LIKE TRAINING IN AN ‘OVEN’ How Lions got through toughest session

Fort, who played eight games with the Cats, has impressed with his ability to get around the ground and take a mark when plonked in the forward line.

McInerney says he loves nothing more than improving with his new teammate at training.